So many shows, so little time. 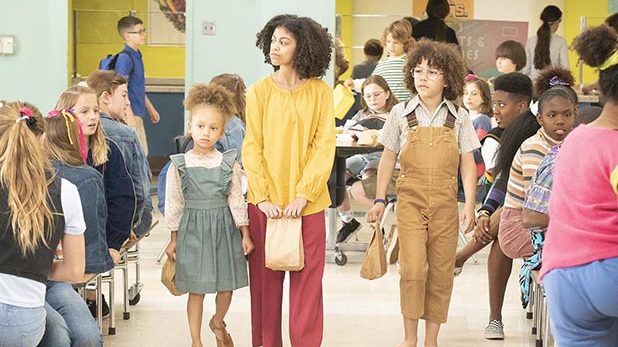 Fall means school is back in session, the weather is cooling down, and the pumpkin spice posse is taking over. It also means it’s time for a FALL TV preview and we’ve got the rundown of the new series, returning favorites, and fresh new faces you should be watching this Fall.

Jill Scott, Ryan Michelle Bathe, Michelle Buteau star in the series from Tracy Oliver that’s based on the 1996 film of the same name. The series will follow “Ari (Bathe), Bree (Buteau) and Hazel (Scott) who band together after their marriages fall apart, and who find strength in their sisterhood- and of course a little revenge.” Expect to see guest stars like  Method Man, Giuliana Rancic and Nene Leakes.

The Will Packer-produced series follows a single-black-woman who is dealing with the threat of marriage to a boring-in-bed boyfriend and the sudden, random death of a college acquaintance. The tragedy drives her ambitious group of friends to take a deeper look at their stagnant lives, asking themselves—is there something bigger and better in life.

Angela Bassett continues to slay as a badass cop in this fast-paced drama that makes unimaginable events (like a tsunami in Santa Monica) seem totally plausible.

Cedric the Entertainer and Tichina Arnold will be back for another season of the family comedy and that means there are lots more laughs on the way from these two stars.

From award-winning creator, EP, and writer Chuck Lorre, Bob ♥ Abishola is a love story about a middle-aged compression sock businessman from Detroit who unexpectedly falls for his cardiac nurse, a Nigerian immigrant, while recovering from a heart attack and sets his sights on winning her over. Undaunted by Abishola’s lack of initial interest or the vast differences in their backgrounds, Bob is determined to win Abishola’s heart, in this comedic examination of immigrant life in America.

The courthouse drama stars Simone Missick and follows the chaotic, hopeful, and sometimes absurd lives of its judges, prosecutors, and public defenders, as they work with bailiffs, clerks, and cops to get justice for the people of Los Angeles amidst a flawed legal process. Among them is newly appointed Judge Lola Carmichael (Missick), a highly regarded and impressive deputy district attorney who doesn’t intend to sit back on the bench in her new role, but instead leans in, immediately pushing the boundaries and challenging the expectations of what a judge can be.

The Pierce family will be back to serve up more tears in the drama that has everyone happy to cry each week. The show that stars Sterling K. Brown and Susan Kelechi Watson as TV’s favorite couple will add some serious star power this season, including Asante Blackk, Omar Epps, and Marsha Stephanie Blake.

In truth, this show has been DOA for a while, but it may be fun to tune in to the final season of Lee Daniels‘ hit just two see how they sort out that whole Jussie Smollett mess. No doubt Taraji P. Henson will bring the fire to her final season as Cookie Lyons.

The Emmy-winning series from Kenya Barris (and launched two spinoffs) will be back and we can’t wait to see what Bow and Dre and the rest of the Johnson family are up to. A more grown-up Marsai Martin is sure to bring the laughs and Jennifer Lewis never disappoints.

Tika Sumpter and Mark-Paul Gosselaar star in this black-ish spinoff that’s actually a prequel to the Emmy-winning series.

In it, we’ll finally learn how Rainbow Johnson became the women she is as she recounts her experience growing up in a mixed-race family in the ’80s and the constant dilemmas they had to face over whether to assimilate or stay true to themselves. Bow’s parents Paul and Alicia decide to move from a hippie commune to the suburbs to better provide for their family. As her parents struggle with the challenges of their new life, Bow and her siblings navigate a mainstream school in which they’re perceived as neither black nor white. This family’s experiences illuminate the challenges of finding one’s own identity when the rest of the world can’t decide where you belong.

How To Get Away With Murder

Viola Davis is back for the final season of the hit series that has kept viewers on their toes for years. Who knows what twists and turns await us as Annalise Keating and her crew take  their last bow.

The Untold Stories of Hip Hop

This psychological mystery that stars Mike Colter examines the origins of evil along the dividing line between science and religion. The series focuses on a skeptical female psychologist who joins a priest-in-training and a carpenter as they investigate the Church’s backlog of unexplained mysteries, including supposed miracles, demonic possessions and hauntings. Their job is to assess if there is a logical explanation or if something truly supernatural is at work.

In the early 1960s, infamous crime boss Bumpy Johnson (Forest Whitaker) returns from 10 years in prison to find the neighborhood he once ruled in shambles; with the streets controlled by the Italian mob, Bumpy must take on the Genovese crime family to regain control.

The show that stars Megalyn Echikunwoke follows three women who learn they are sisters when a pioneering fertility doctor admits he used his own sperm to conceive upwards of a hundred children. Against all odds, the three women will attempt to form an untraditional bond as sisters, even as they must welcome a tidal wave of new siblings into their rapidly expanding family.

Based on the comic book by Dennis Liu, this new sci-fi series focuses on a single mother who’s bewildered once her young son begins to develop special powers. Alisha Wainwright and Michael B. Jordan star, which is reason enough to check it out.

Tiffany Haddish will host and executive produce the reboot of this iconic series where real kids let loose without even trying.

The third season of the show that follows a family of superheroes returns this Fall and we can’t wait to see what Thunder (Nafessa Williams) and Lightning (China Anne McClane)  have up their capes.

Netflix will unveil their first music competition series, featuring Cardi B, Chance the Rapper, and T.I. as judges. Together, they will decide between some fierce competitors and crown hip hop’s next big star.

Regina Hall stars in the series based on the graphic novel of the same name, Watchmen is set in an alternate history where “superheroes” are treated as outlaws. And while Lindelof (The Leftovers) plans to embrace the nostalgia of the original groundbreaking graphic novel, the series will also attempt to break new ground of its own.

Keegan Michael-Key will host the reboot of this game show that challenges celebs like Anthony Anderson and Kristen Bell to realize their special brain power through interactive games, illusions and social experiments.

Sterling K. Brown will join the cast of this unexpectedly addicting, Emmy-winning show from Amazon Prime and we can’t wait to see how his character will fit into the formerly all-white cast.