FL Commissioner calls out cop for wrongful arrest and gets berated by city officials, but praised by Ava Duvernay and others 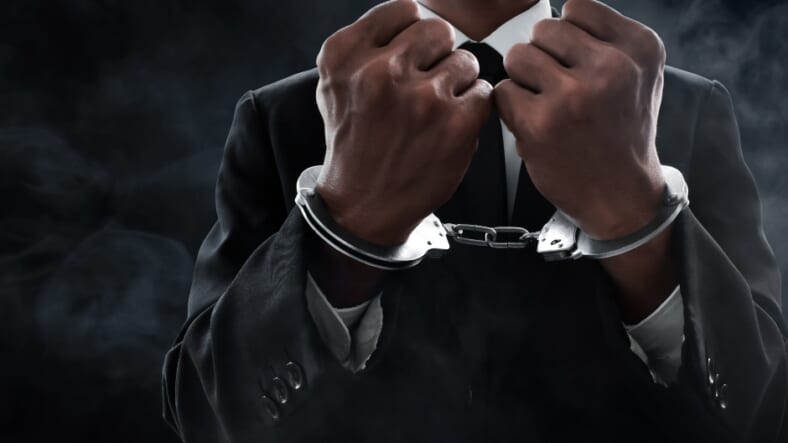 Recently Elberg Mike Gelin, a commissioner for the city of Tamarac, FL, called out sheriff deputy Joshua Gallardo for wrongfully arresting him four years prior, at an event being held in honor of Gallardo by the Broward Sheriff’s Office (BSO).

The public confrontation took place on Wednesday (September 25), when Officer Gallardo went in front of Commissioner Gelin and other city officials to accept an award for “Deputy of the Month.” Shortly after receiving his award, Gelin called Gallardo back to the front of the room, in what most assumed would be an extended congratulatory remark.

Instead, Gelin proceeded to call the officer out.

“Joshua Gallardo, will you come down for a second? It’s good to see you again. You probably don’t remember me but you’re the police officer who falsely arrested me four years ago,” Gelin started.

He called him out right there in the mic. WOW!!! Watch ALL of this. Watch as Broward County cop Joshua Gallardo is awarded Deputy of the Month in a ceremony on Wednesday when Tamarac city commissioner Mike Gelin takes the microphone and calls him back down. “You’re the police officer who falsely arrested me 4 years ago.” //UPDATE: Follow @commissionergelin

The past incident in question took place four years prior, when Gallardo arrested Gelin, who was attempting to record a “victim of battery,” outside of a Salvation Army.

Gelin, who at the time was not an elected official, claimed that at least 15 other onlookers were on the scene, and that Gallardo singled him out because he was recording. Gallardo’s arrest report alleged that Gelin was directly behind him, did not comply to move back from the scene. Gallardo arrested Gelin for “resisting without violence.”

“I advised the black male to move back, that this is a crime scene,” Gallardo wrote in his report, according to the document obtained by Buzzfeed News. “He advised he was recording the incident and that he did not have to move.”

Gelin, however, denied ever being directly behind Gallardo, and the state attorney later didn’t pursue charges against Gelin.

Gelin spoke on his decision to speak up on the incident four years later.

“It was a traumatizing experience that was played out many times in my head. I had a flashback and so I spoke up,” he told Buzzfeed News.

The mayor of Tamarac, Michelle Gomez, referred to the incident as embarrassing, and that she initially believed the commissioner “had something nice to say,” to the officer.

“It was supposed to be an all-smiles day,” Mayor Gomez told the Sun-Sentinal. “I was embarrassed… We were all shocked. Nobody expected this. It was a nice event to honor our BSO, our deputies.”

BSO released a statement on their official Facebook page, calling the incident an “insult,” and further berated Gelin on his decision to confront Gallardo at the event.

Meanwhile, Gelin has received a ton of support from those not in attendance. Activist Shaun King not only shared the video on his own page, famed director Ava Duvernay also tweeted a show of support to Gelin, saying “Stay strong.”

You should be rooting this crap OUT of your force, Sheriff. @browardsheriff. Thanks to @MikeG4Tamarac for exposing this "cop." https://t.co/rtc3EZeU8R

Thank you @MikeG4Tamarac for calling out this officer during his own award ceremony. Lying cops do not deserve awards and the honor/privilege of wearing a badge. https://t.co/oXs2zEiYDm