Tyler Perry is brining two new shows to the network next month. 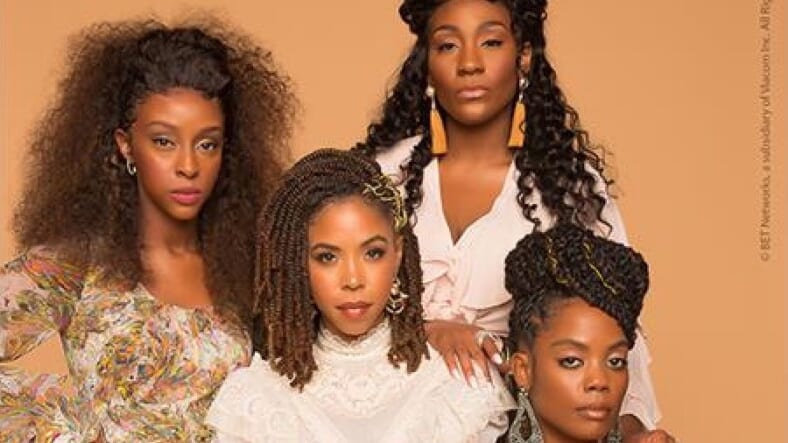 Now that Fall is officially here, it’s time to narrow down the list of Fall TV shows and BET has become quite the destination.

The network is bringing tons of new content to viewers this year and with its new platform, BET+ in the mix, there are tons of options when it comes to tuning in. First Wives Club is not to be missed, and Bigger is a fun new series with a star we love; ____ the series that stars Ryan Michelle Bathe, Jill Scott, and Michelle Buteau actor is streaming now.

As if that’s not enough, Tyler Perry is bringing two brand new series to BET and the network already ordered 25 episodes of each.

Check out 5 reasons why you should be tuning in to BET this Fall:

Jill Scott, Ryan Michelle Bathe, Michelle Buteau star in the series from Tracy Oliverthat’s based on the 1996 film of the same name. The series will follow “Ari (Bathe), Bree (Buteau) and Hazel (Scott) who band together after their marriages fall apart, and who find strength in their sisterhood- and of course a little revenge.” Expect to see guest stars like  Method Man, Giuliana Rancic and Nene Leakes.

The Will Packer-produced series follows a single-black-woman who is dealing with the threat of marriage to a boring-in-bed boyfriend and the sudden, random death of a college acquaintance. The tragedy drives her ambitious group of friends to take a deeper look at their stagnant lives, asking themselves—is there something bigger and better in life.

Synopsis: The Oval tells the story of a family placed in the White House by people of power while also highlighting the personal side and everyday lives of the staff who run the inner workings of the nation’s most iconic residence.

Synopsis: Sistas follows a group of single black females as they navigate their “complicated love life”, careers and friendship through the ups-and-downs of living in a modern world of social media and unrealistic relationship goals. Premiering this fall on BET, the one-hour drama takes viewers on a roller coaster ride of emotions and hilarious moments that are the epitome of #squadgoals. SISTAS stars KJ Smith, Ebony Obsidian, Mignon Von, Novi Brown, Chido Nwokocha, DeVale Ellis, Brian Jordan Jr., Kevin Walton and Anthony Dalton.

Directed by Terri J. Vaughn from a script written by Cas Sigers-Beedles, the film stars Jasmine Burke, Ta’Rhonda Jones, Tyrone Marshall Brown Todd Anthony and Terayle Hill. Based on a book by Denene Millner, Angela Burt-Murray, and Mitzi Miller, this romcom is the perfect Friday night flick for Fall.