WATCH: Cynthia Erivo and Kasi Lemmons on bringing an American hero to life in ‘Harriet’ 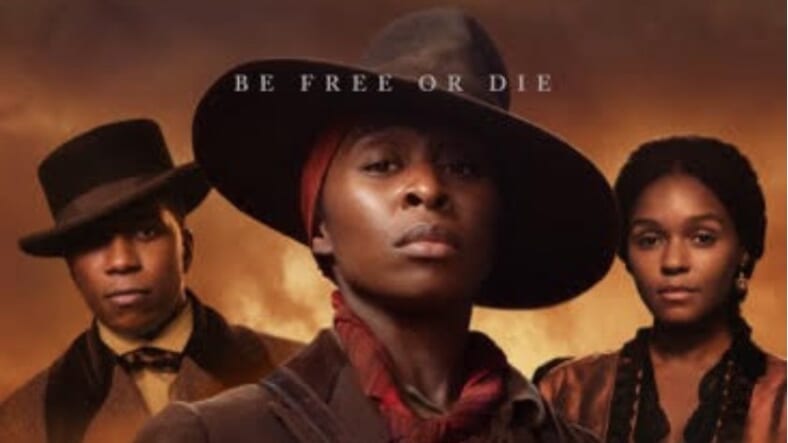 Harriet hits theaters tomorrow and in it, Cynthia Erivo brings the American hero to life. theGrio caught up with the film’s star as well as director, Kasi Lemmons, to find out how they tackled Tubman’s journey.

“I tried to give myself some space to make the space for her. Clear my mind…I was ready in my heart and my soul did my prayers and all of that, did some soul searching and just got out of the way a little bit. I think, because I knew that I couldn’t do it all myself. I had to sort of let some things lead me and I had her as my right hand. And Kasi was incredible. She held my hand the whole entire way and was an incredible guide and made sure that if I was steering maybe in the wrong direction, she softly, gently put me right back where I needed to be,” says Cynthia Erivo.

“I did so much research and really tried to bring her story and her family and the specific details of her story and specific deal details of like what the African-American experience was…it was different, you know, in Philadelphia, free people in the South, enslaved people, the south, all of those details and the richness and texture of her life and the lives of those people.”

Watch the full interview above.

Check out the synopsis of this extraordinary film:

Dorchester County, Maryland. 1849. Araminta “Minty” Ross (Cynthia Erivo) is a slave at the Brodess plantation who prays that someday she will be able to escape her circumstances and make a better life for her family. When slaveholder and patriarch Edward Brodess dies suddenly, Minty finds herself facing a terrible fate—she’s to be sold to new owners in the South, never to see her loved ones again. After experiencing a powerful premonition, she realizes there is only one course of action left to her. She needs to run. But leaving behind the only home she’s ever known comes with great peril. She’ll need to journey alone through miles of wilderness with only God and the North Star to guide her, pursued at every turn by Brodess’ vengeful son Gideon (Joe Alwyn).

Miraculously, “Minty” reaches the Pennsylvania border, crossing into freedom and traveling onward to Philadelphia, where she meets William Still (Leslie Odom Jr.) at the Pennsylvania Anti-Slavery Society. There, she chooses a new name, Harriet Tubman, and begins to establish roots as a working woman with the assistance of the entrepreneurial Marie Buchanon (Janelle Monáe). But the future hero can’t reconcile having her newfound freedom while so many remain behind. She resolves to rescue her beloved husband, John Tubman (Zackary Momoh). Although John is technically a free man, as an African-American in Maryland, he remains in constant danger.

Disguising her identity, she bravely returns to the Brodess plantation to bring John back home with her—but learns the devastating news that he has moved on after her departure, believing that she died during her escape to freedom.  Soon, she is a full-fledged conductor on the Underground Railroad—a liberator known as Moses, secretly helping runaway slaves reach the promised land.