Balotellio was born in Italy to Ghanian immigrants and fostered by an Italian family. 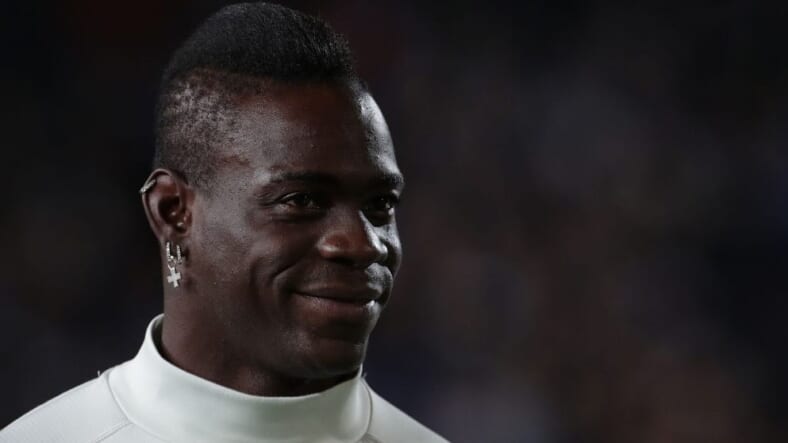 BRESCIA, ITALY – OCTOBER 21: Mario Balotelli of Brescia Calcio looks on prior to the Serie A match between Brescia Calcio and ACF Fiorentina at Stadio Mario Rigamonti on October 21, 2019 in Brescia, Italy. (Photo by Emilio Andreoli/Getty Images)

Mario Balotelli, a Black Italian soccer superstar who has battled racism his whole career, had a strong reaction on Sunday when the crowd directed monkey chants at him.

The 29-year-old Brescia striker kicked the ball at the crowd in retaliation to the racist harassment, initially causing referee Maurizio Mariani to pull out a yellow card until he was informed on what had transpired, and waved the card off. The Brescia versus Verona game was halted for about five minutes as Mariani warned the crowd that the match would end if their racist behavior continued, according to The Washington Post.

Balotelli, who was born in Italy to Ghanaian immigrants, threatened to leave the game but after his teammates and Verona opponents consoled him, he decided to stay.

But what added insult to injury was the response by Verona officials, who denied that any racism took place.

“We heard nothing at the stadium. Racism among Verona fans does not exist,” Verona owner Maurizio Setti told Sky Sports Italia.

“I’m not afraid to say it, there was nothing today, no racist boos,” Juric told Sky Sports Italia. “There were a lot of whistles and a lot of stick towards a great player, but today there was absolutely nothing racist.

Juric added that he is “disgusted by racist chants” and is the “first to condemn them,” but that any talk about racism from Sunday’s match is “a lie, let’s not create a case when there is none.”

And we wonder why racism persists.