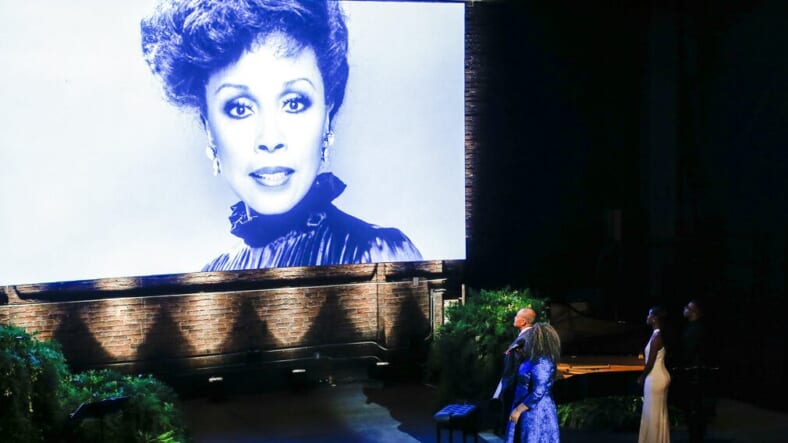 The late, great Diahann Carroll was the focus of a thoughtful, celebrity-studded memorial tribute over the weekend at the Helen Hayes Theater in New York.

Music, poetry, warm memories, and laughter were the centerpiece of the service to honor Carroll, who passed away on October 4. The 84-year-old film, television, and Broadway star had been battling cancer.

This past Sunday, Carroll’s friends, family, colleagues, and mentees took to the stage for the trailblazer who knocked down barriers throughout her decades-long career. As great talents like Cicely Tyson, Angela Bassett, Laurence Fishburne, Lynn Whitfield and Leslie Odom, Jr. creatively expressed their thoughts, photos and videos of the legendary beauty flashed upon a large screen.  Well-known clips from Julia, Claudine and of Carroll’s glamorous turn as Dominique Deveraux on Dynasty were alongside more intimate snapshots from family albums and photo shoots from the start of Carroll’s career.

The first performance of the service was from Denée Benton, who sang a haunting rendition of “A Sleepin’ Bee.” Carroll’s daughter, Suzanne Kay, explained why she wanted to include that song. “In this celebration of life for my mother, I decided to start when she was introduced to the world in 1954 with House of Flowers, Harold Arlen and Truman Capote’s Broadway musical. I was extremely honored when Ms. Benton agreed to perform ‘A Sleepin’ Bee,’” said Kay. 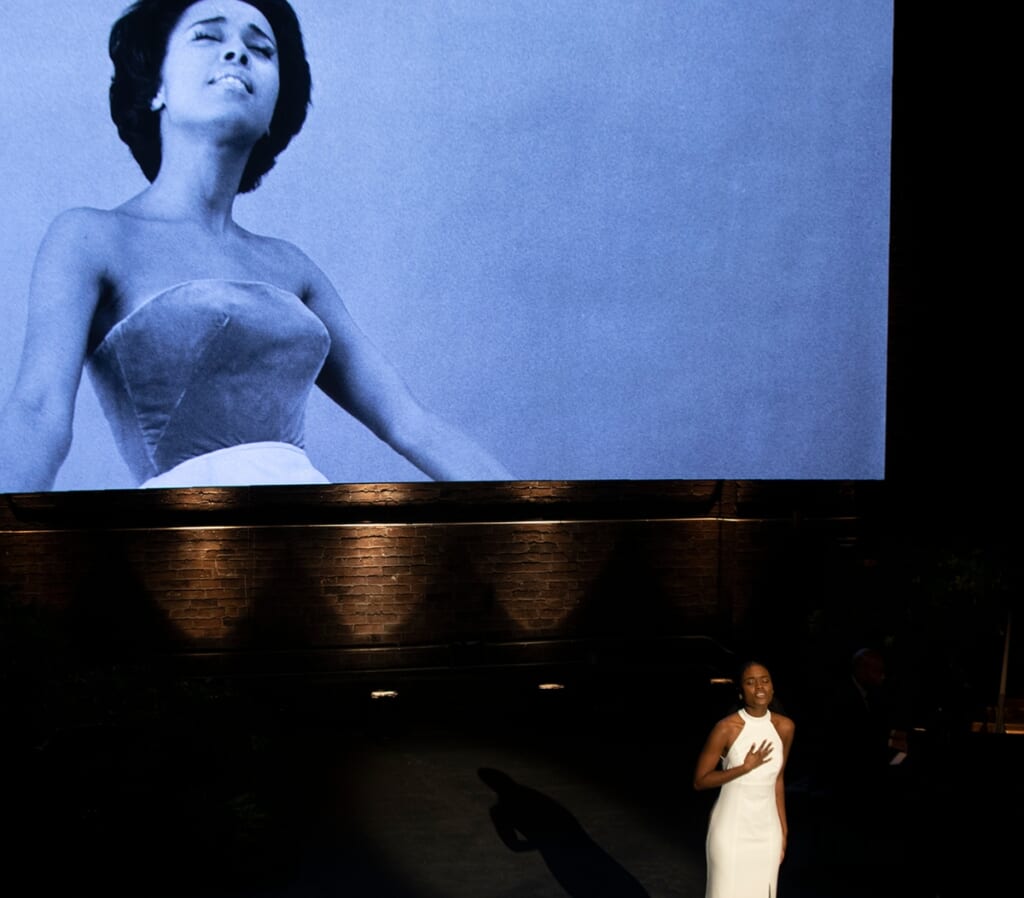 There was not a dry eye in the house as Angela Bassett gave a thunderous reading of Maya Angelou‘s poem “When Great Trees Fall” with Majid Khaliq accompanying on the violin and everyone waited patiently as Cicely Tyson paused a time or two while honoring her dear friend.

Many luminaries graced the stage to pay tribute to Carroll, including Lenny Kravitz, who revealed that Carroll (or Aunt D as he called her) was a longtime family friend who helped him acclimate to Los Angeles when he moved there as a child with his family from New York.  Lynn Whitfield shared how she was deeply honored to work with Carroll on Eve’s Bayou and how fashion powerhouse would glamorize herself between takes as she was tasked with wearing less than flattering make-up for her scenes.

Dionne Warwick, who issued an audio recording of her remarks from her residency in Las Vegas, also reinforced how seriously took Carroll took her beauty and presentation. Carroll affectioned called Warwick “little girl,” no matter how old the singer actually was and one day, Carroll happened upon a make-up-less Warwick in a grocery store. Warwick was quickly questioned as to why on earth she would leave the house in such a state. For Carroll, even mundane errands demanded elegance.


But the celebration of Carroll’s life went beyond just her heralding her beauty and fashion sense. Many who stepped to the mic, honored Carroll for her tremendous business acumen, fortitude, and courage. Susan Fales-Hill, the daughter of Carroll’s late best friend Josephine Premice, shared how privileged she felt to listen in on those candid conversations between bold, Black women creatives.

In that spirit, the last song performed at the memorial was called “Blackbird,” written by Paul McCartney as a tribute to Black women. Carroll left instructions for the song to be played at her memorial. Grammy-winning jazz artist Dianne Reeves had the honor of fulfilling that wish.

The very fitting refrain goes: “All your life/You were only waiting for this moment to be free.”