Probe of police shooting could revive scrutiny of Pete Buttigieg 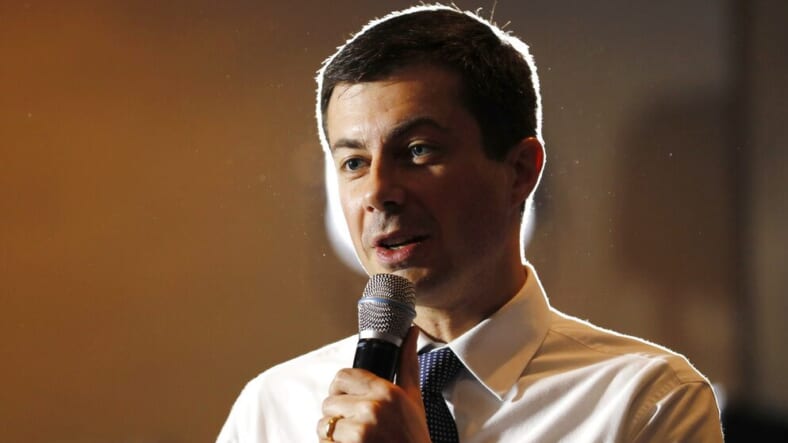 By MICHELLE R. SMITH Associated Press
The deadly shooting of an African American man by a white police officer this summer in South Bend, Indiana, highlighted Mayor Pete Buttigieg’s struggle to win black support for his presidential campaign. The issue could resurface as the prosecutor leading an investigation into the matter says his work likely won’t be finished before February, just as voters begin deciding whether Buttigieg should be the Democratic nominee.

“It’s accurate to say we won’t be finished before February,” Ric Hertel, the special prosecutor running the investigation, told The Associated Press in an email. “I’d like to be finished by the end of the year. Trying to be realistic though.”

Sgt. Ryan O’Neill was investigating a report of a person breaking into cars in June when he said he fatally shot Eric Logan after he refused orders to drop a knife. Logan’s family sued in federal court accusing O’Neill of using excessive deadly force.

The fallout from the shooting presented Buttigieg with some of the toughest moments of his White House campaign.

Buttigieg stepped away from the campaign trail and faced angry residents at an emotional town hall in South Bend, a city of about 100,000 residents, a quarter of whom are black. He acknowledged that his administration had failed to recruit more minority police officers and utilize police body cameras.

Since then, he has frequently decried systemic racism in America and released a plan intended to address disparities in health, education, wealth, criminal justice and voting rights.

But he’s still struggled to rally black voters to his campaign. A recent Monmouth University poll in South Carolina found that just 1% of African Americans in the state support Buttigieg.

That makes a February release of the investigation’s findings potentially problematic for Buttigieg. It could coincide with the Feb. 3 Iowa caucuses or the Feb. 11 New Hampshire primary. Buttigieg has gained ground in those states recently and is betting on a strong showing there to build momentum for his candidacy.

South Carolina, the first primary state with a sizable African American population, will vote on Feb. 29.

Hertel, a Republican, said that there are no political considerations in his timeline and that he didn’t know that primary voting begins in February. A campaign spokesman said they’ve had no interaction with the special prosecutor, and a spokesman for the mayor’s office said it has not had communication from investigators about when their work would finish.

Brian Coffman, a lawyer for Logan’s family, said he was previously told by state police detectives that the investigation would be completed by the end of this year. That changed on Nov. 18, when the Indiana attorney general’s office told him in a letter it would not be completed until February.

Coffman called the news “a little odd. It’s been going on for quite some time now.”
South Bend Councilman Oliver Davis said that no matter the outcome, he expects frustration in the city when the findings are announced. He said he hopes the matter concludes soon.

“Personally, I hope it happens sooner rather than later,” Davis said. “The longer it goes, the pressure builds.”