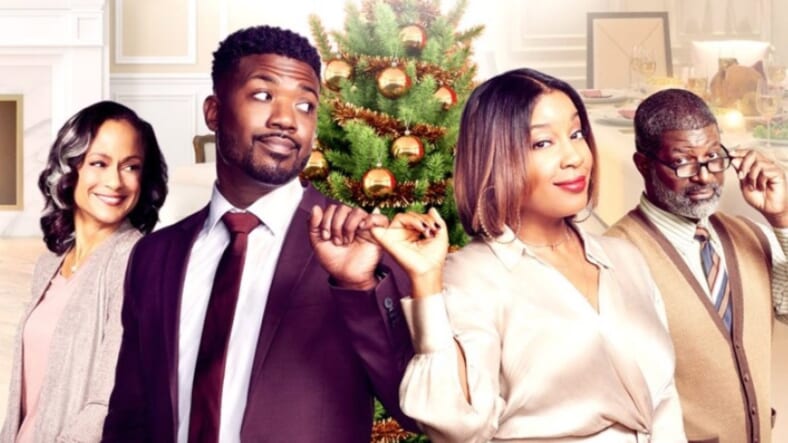 It’s time to snuggle up with some hot cocoa and check out the endless amount of holiday films that inevitably grace the small screen in December. While these films are usually heavy on the holiday magic, they’re usually light on the melanin.

This year, a few of our faves have joined in on the fun, serving up the sweet, silly kinds of flicks we have come to expect from this time of year. Of course, some holiday films are timeless while others are more f a guilty pleasure. We’ve got a list that includes a bit of both and boasts stars like Kelly Rowland, Lala Anthony, Ray J, and more.

Here are 6 holiday films to check out this week:

This special will reunite Tia Mowry-Hardrict with her Sister Sister mom, Jackee Harry and we can’t wait to see it.

It’s the most wonderful time of the year, but as we know, for it to be a ‘Wonderful Life’ the McKellans must face the ghosts of Christmas past. The McKellans are back to spread Christmas joy in this holiday special about the importance of family, forgiveness, and empathy.

Dear Santa, I Need a Date: TV One

Terri J. Vaughn directs this comedy about two successful and ambitious siblings Janelle Vaughn (Reagan Gomez-Preston) and Jason Vaughn (Ray J). Their parents, Mr. Vaughn (Jay DeVon Johnson) and Mrs. Vaughn (Anne-Marie Johnson), are proud of their children’s flourishing careers but are displeased with their dating lives. Every holiday season, the Vaughn’s anxiously prepare for their children to bring home a significant other only to be disappointed. This year, The Vaughn’s apply pressure by expressing their concerns to Jason and Janelle, which sparks a bet between the siblings on who can find a date by Christmas.

Starring Jackée Harry and Kimberly Elise, this festive flick tells the story of Carole Jordan (Elise), an overworked businesswoman who learns the meaning of “be careful what you wish for” after she off-handedly wishes she had taken another path in life. When Carole’s wish is granted, her world is turned upside down and the only person she can confide in is Iris (Jackée Harry), a woman she recognizes from her “past life.” Carole no longer has time for the things that mattered most to her – family, friends and her annual Christmas party. She quickly learns how grateful she was for the previous life she was living.

Kelly Rowland and her husband, Tim Weatherspoon teamed up tp produce their first television project, Merry Liddle Christmas. Inspired by her own recent Christmas catastrophe, Rowland stars as Jacquie Liddle– a successful, super-together single tech entrepreneur whose messy family descends on her gleaming new dream home for the holidays. Christmas traditions collide and family drama ensues as she struggles to keep her house together in time for a glossy video shoot of “the perfect Christmas.” On top of that, the possibility of romance with a new neighbor has Jacquie questioning all her dating rules, so even though this isn’t the Christmas she envisioned, it might just be the most magical one yet.

Popular New York radio DJ Rush Williams (Romany Malco) has been spoiling his four children since they lost their mom (La La Anthony). Unfortunately, the kids share their pricey Christmas lists right when he loses his job. To keep Rush on the air, his producer Roxy Richardson (Sonequa Martin-Green) and his Aunt Jo (Darlene Love) plan to help him buy another station — if the Williams family can downsize fast and embrace a simpler life. In this heartwarming film, a loving father reconnects with his children and opens his heart to love when they all learn that true joy comes from not what you have but who you have around you.

Obviously, we chose this one because it stars HTGAWM thirst trap, Rome Flynn. Well-loved music duo Averie and Jesse, famous for their duet “Wouldn’t Be Christmas,” haven’t played together since they went their separate ways years ago. Averie gave up music and opened a beautiful lodge in a snowy Vermont town – while Jesse still tours, struggling to find the same kind of success they had as a duo. When fate brings them together over the holidays at Averie’s lodge just in time for the annual Yuletide Festival, can the magic of Christmas help reunite them once again?