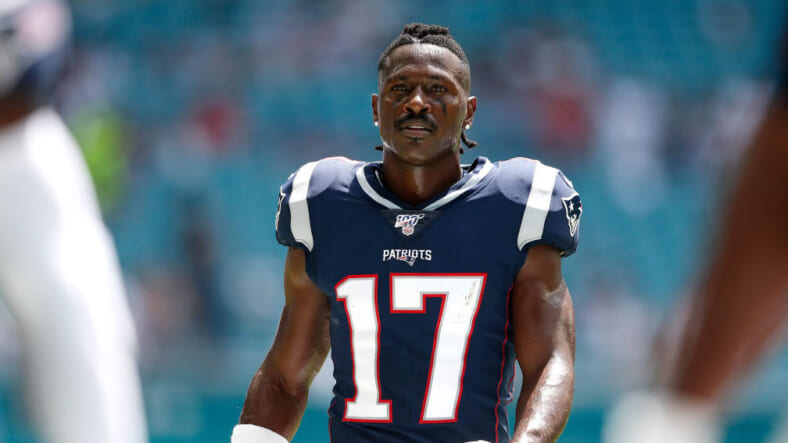 Antonio Brown has been hitting Twitter and Instagram with his “No More White Woman 2020” campaign since last week, now it appears the slogan is linked to his upcoming album.

AB posted his “No More White Woman 2020” message to Instagram under the caption “Album Teaser #StayTuned #NoMoreWhiteWoman2020 #CabRecords. Like expected, fans, followers and friends have responded by laughing, urging him to get off social media, or chiding him for the campaign that they say will hurt his chances of getting back into the NFL even more.

“It’s been the campaign since day one ??” wrote djsamsneak on IG.

“Ab Bro Chill They Going To Try To Slay You. I Love You Big Bro, Go Take A Year Off & Come Back Next Training Kamp. Your Kids Need Their Father & Its Been Dark Road You Going Down. #FamilyFirst,” wrote rex_dagod.

“IMAGINE this was a white guy and he said “No more black women 2020” IMAGINE the outrage,” wrote Nick Rocco @nrocco2.

I am blaming my current situation on white women in hopes of tapping into the emotions of people that are naturally annoyed by white people so that I can get some people on my side since everybody seems to be laughing at me and I’m not capable of self reflection.

AB’s tweets can be as wild as the president’s and people know this. Still, these tweets and IG posts appear designed to get people talking about his music project. If that’s the case, it’s working like magic. Nearly 110,000 people loved the pinned tweet and it received nearly 193,000 likes on IG.

Complex said Brown followed his “No more white woman 2020” tweet with an Instagram story post asking for “20 beautiful white woman for a photoshoot for my new album.” And then Brown uploaded a mock campaign flyer.

Brown, a wide receiver who formerly played for the Pittsburgh Steelers, Oakland Raiders, and New England Patriots, is reportedly releasing his upcoming rap album with Sean Kingston. A couple of months ago, Brown released a clip of his song, “Bad Decisions.”