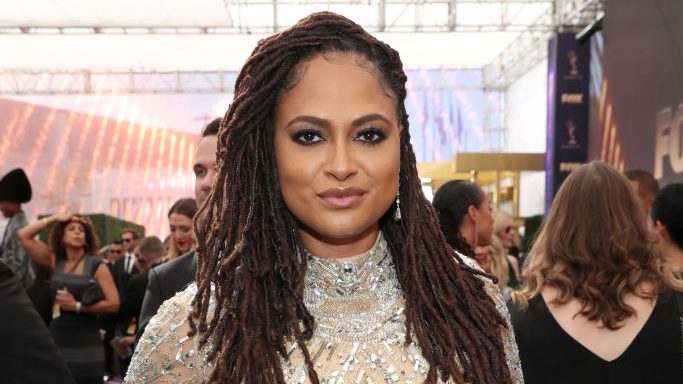 Ava DuVernay is the gift that keeps on giving and if we had to select one woman who won the decade it would be this beauty.

She has consistently delivered the kind of thought-provoking work that actually moves the needle when it comes to shedding light on the Black experience, making her art more than just entertaining, but critical to the community it represents.

DuVernay is a champion of change, putting her money and her effort where her mouth is when it comes to representation and inclusion. She’s constantly championing other people’s work, and using her voice to uplift people of color in the industry however she can.

Founded in 2010 ARRAY is a film collective dedicated to the amplification of images by people of color and women directors. Now in its ninth year, ARRAY Releasing focuses on grass-roots distribution of feature narrative and documentary work by varied voices. Non-profit ARRAY Alliance expands on the organization’s deep roots in independent film with disruptive social impact and education initiatives. ARRAY Creative Campus serves as an epicenter for production and programming dedicated to marginalized voices. ARRAY Filmworks is the production company responsible for When They See Us, Queen Sugar, The Red Line and 13TH.

In 2012, her second feature film, Middle of Nowhere earned her the directing award at the Sundance film Festival, making her the first Black woman to win the coveted honor. It also helped put Omari Hardwick on the map and helped Hollywood take notice of the force of nature that is Ava DuVernay.

She made major waves with Selma, a film that brought the story of Martin Luther King Jr. to life for a new generation, The film that starred David Oyelowo as the beloved civil rights hero marked the first time a Black woman would be nominated for Best Director at the Golden Globes and earned her three other nominations there. It also garnered two Oscar nods including one for Best Picture, nabbing the Academy Award for Best Song, “Glory.”

In 2016, DuVernay’s documentary, 13th helped to bring mass incarceration into the national conversation by exploring the intersection between race and justice in a way we had never seen before. In it, she contends that although the Thirteenth Amendment to the U.S. Constitution abolished slavery, it left involuntary servitude on the table as punishment for the conviction of a crime, essentially continuing the enslavement of African Americans long after it was adopted in 1865. The eye-opening project earned her an Emmy win and another Oscar nod, this time for Best Documentary.

DuVernay debuted another powerful project in 2016 when she brought Queen Sugar to OWN. As the creator and executive producer of the series, she invited the world to witness the inner workings of the Bordelon family and explored the ways in which Black families live and love while exploring themes like class, gender, and justice. The award-winning series boasts a long list of all-female directors, proving yet again that DuVernay’s work is blazing a trail when it comes to representation while simultaneously changing the Hollywood landscape in a tangible way.

A Wrinkle In Time

In 2018, DuVernay made history when she directed Disney’s A Wrinkle In Time starring Storm Reid, Oprah Winfrey, Gugu Mbatha-Raw, and Mindy Kaling. The project marked the first time a Black woman would command a nine-figure budget. While it wasn’t a box-office smash, the film made huge strides in representation by placing a bi-racial family at the center the beloved story and proving a Black woman could pull off that kind of visual masterpiece.

When They See Us

When the highly-anticipated miniseries debuted on Netflix in May, audiences were gutted by the story of the Central Park 5 and DuVernay’s genius was on full-display. Everything from the spot-on casting, haunting performances, and overall pproach to the story everyone thought they already knew made this project one of the most important and impactful of the decade.

Although it won’t debut on OWN until 2020, DuVernay’s latest project is already making waves. The anthology series achieved gender parity, with more than 50% of its production crew comprised of women, including 18 department heads. Oprah Winfrey applauded the achievement in November. “Ava continues to break down barriers as a trailblazer…Achieving a production crew of over 50% women is an incredible accomplishment and we are so proud that Ava has a space at OWN to provide opportunity for new voices and faces in the entertainment industry.”