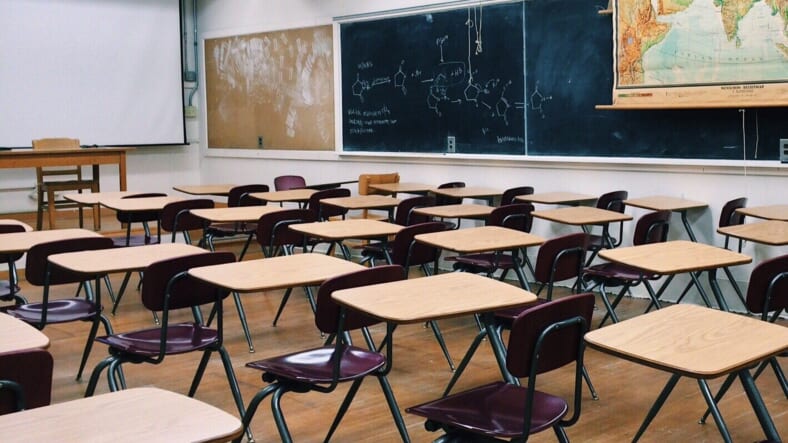 The principal at an elementary school in Washington, D.C., has issued an apology to parents after a history lesson called for Black fifth grade students to portray slaves.

The incident occurred at Lafayette Elementary School during a social studies lesson on the Civil War and Reconstruction, during one student was asked to drink from a segregated water fountain, CNN reports. In a Dec. 23 letter to parents, principal Carrie Broquard acknowledged that students “should not have been tasked with acting out or portraying different perspectives of enslavement and war.”

According to Broquard, students started the lesson by reading an article titled “A Nation Divided,” and it was during smaller group assignments that some Black students were asked by their peers “to play roles that are inappropriate and harmful.” the letter, obtained by NBC News, read.

During classroom discussions, students spoke up about feeling uncomfortable with the roles their fellow classmates had asked them to play.

Broquard noted in a separate letter that the assignment was a mistake and will not be taught to future classes.

“At Lafayette, we believe in the importance of teaching painful history with sensitivity and social awareness. Unfortunately we fell short of those values in a recent 5th grade lesson,” she said.

“We deeply regret that we did not foresee this as a potential challenge in role playing so we could set appropriate parameters to protect students,” the letter stated.

Staffers are now required to participate in a full day of training on equality and race. The school also plans to establish a diversity and inclusion committee.

Broquard said the students who were used as slave props have been meeting with the school’s social emotional support team to “process and talk through” the incident.

“As the leader of the Lafayette school community, I am distressed this happened and saddened our students were hurt,” Broquard wrote in the letter. “The voices of our students, their resilience and their compassion continue to inspire me to lead us all forward in a better way.”