America’s first female TV meteorologist, who also happens to be Black, dies at 90

Though trailblazer Dr. June Bacon-Bercey transitioned in 2019, her family only recently revealed information about her passing to the public 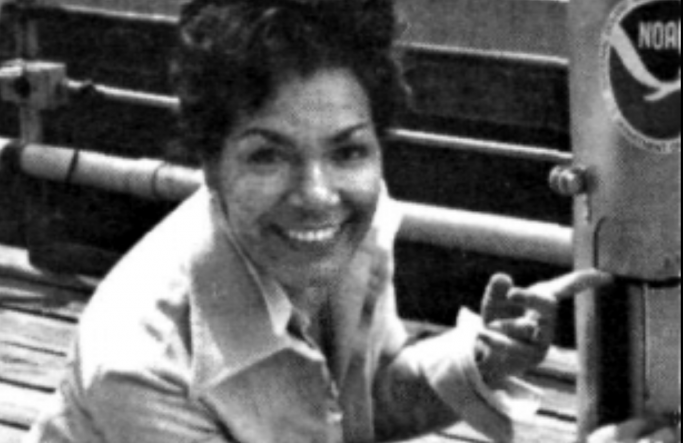 Dr. June Bacon-Bercey, the country’s first female TV meteorologist and the first Black woman to earn a degree in meteorology, has died.

The trailblazing meteorologist broke racial and gender barriers to win the American Meteorological Society’s (AMS) prestigious Seal of Approval for her “excellence in television weathercasting,” according to AccuWeather. Bacon-Bercey, 90, actually died on July 3, 2019, but her daughter, Dail St. Claire, reported news of her mother’s passing to AccuWeather recently.

In addition to working as a meteorologist for an NBC station in Buffalo in 1970 – a position she filled as an emergency replacement when her predecessor was fired, Bacon-Bercey has also worked for the U.S. Atomic Energy Commission, the National Weather Service (NWS) and Sperry Rand.

As important as her groundbreaking work in meteorology was Bacon-Bercey’s commitment to see that other minority women pursue careers in science like her, with a specialty in meteorology.

In 1977, Bacon-Bercey won $64,000 on the TV game show The $128,000 Question, and she used the money to start a scholarship fund for women interested in majoring in atmospheric sciences.

“Education was No. 1, so scholarship was a passion and she always wanted to share it with those who were less fortunate,” her daughter told AccuWeather.

At the time, Bacon-Bercey told The Washington Post that she started the scholarship as a way to encourage women to pursue careers in science even though they wouldn’t see many people who looked like them.

“I was discouraged (from becoming a meteorologist), and other women were discouraged,” Bacon-Bercey said in the Post interview. “If they feel they’ve got some money behind them, it might be better.”

Twelve women ultimately received scholarship money and would go on to careers in geochemistry, physics, astronomy, meteorology, and/or oceanography, with the National Oceanographic and Atmospheric Administration (NOAA), NASA, MIT and TV stations throughout the country.

Bacon-Bercey also established a meteorology lab at Jackson State University and was instrumental in starting the AMS Board on Women and Minorities, also with an aim to increase minorities and women in her field of study.

“She was obviously extremely successful,” Ralph Bouquet, NOVA’s director of education and outreach told AccuWeather. “She did so much and also gave back in so many prominent ways – with a scholarship, with setting up a meteorology lab at Jackson State University, just really impressive things that one person was able to accomplish. How many people could have done that, could have been in that position to produce so much but also give back so much?”

Capping off a lifetime of achievements, Bacon-Bercey was named Minority Pioneer for Achievements in Atmospheric Sciences in 2000.