Olympic athletes could be suspended if protesting occurs during Tokyo games

The Olympics do not want any kneeling or raised fists 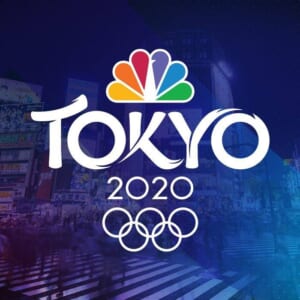 Black athletes taking a knee, or even holding up a fist in solidarity of their rights and injustices, won’t be seen at the 2020 Tokyo Olympics… without a fine or suspension attached to it.

On Thursday, the International Olympic Committee (IOC) released a three-page guideline for athletes participating in the games that reiterates Rule 50 of the Olympic Charter. This rule explains just how athletes can protest in the 2020 Tokyo games, according to CBS News.

Athletes are banned from protesting of any sort while on the field of play. Protesting is also banned in the Olympic Village, as well as during medal or other official ceremonies. The only time athletes can protest freely is in meetings and on traditional or social media, outside the Olympic Village.

“We believe that the example we set by competing with the world’s best while living in harmony in the Olympic Village is a uniquely positive message to send to an increasingly divided world. This is why it is important, on both a personal and a global level, that we keep the venues, the Olympic Village and the podium neutral and free from any form of political, religious or ethnic demonstrations,” the IOC said in a statement.

The consequences of disobeying these rules could get you suspended from participating for a year or more. Silent protests happened just last August at the Pan-American Games in Peru. Hammer thrower Gwen Berry and Fencer Race Imboden kneeled and raised fists in protest during medal ceremonies. Both now face 12-month probation, which has disqualified them from competing in the Tokyo games, CBS News reported.

But this isn’t the first time we’ve seen athletes take a stance on the Olympic stage and get chastised for it.

In the 1968 Olympic games American sprinters Tommie Smith and John Carlos raised their fists in protest of racial discrimination in the U.S. and were then suspended from the team only to become homeless and unemployed. However, 51 years later, the duo was recently inducted into the U.S. Olympic and Paralympic Hall of Fame. In recent years, kneeling has become a means of protest that was brought into the mainstream by former NFL star Colin Kaepernick.

READ MORE ‘My integrity means everything’: Michael Bennett to remain in locker room during anthem as New England Patriot

The IOC said this implementation of rules is so that the games remain unified. “The mission of the Olympic Games to bring the entire world together can facilitate the understanding of different views, but this can be accomplished only if everybody respects this diversity,” it said.

The Tokyo Games’ will kick off on July 24 with its opening ceremony.