Catholic high school in California suspends boy for wearing his hair braided, then does about face under pressure

Thanks to mayoral candidate Tasha Williamson's social media blast, the school removed the suspension from the child's record 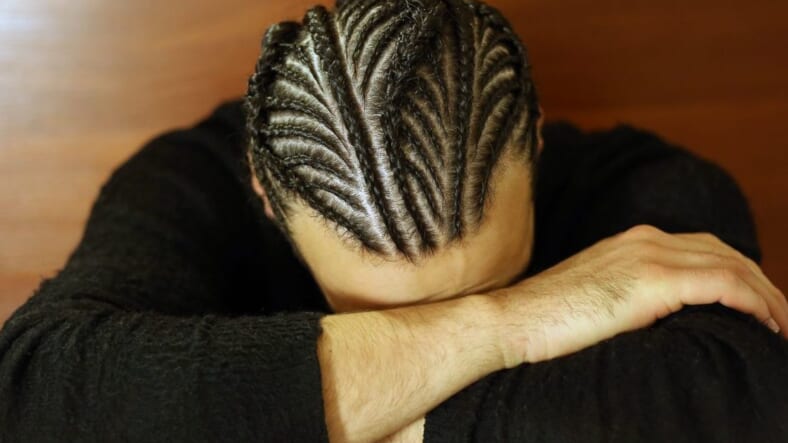 A high school sophomore in Chula Vista, California was suspended from school and told to cut his braids because his hair didn’t comply with the school dress code.

The mixed-race, Mater Dei High School student received an in-school suspension for “arguing and insubordination” when he questioned the Catholic school officials on the policy, according to The San Diego Union-Tribune.

Melissa Harden, the student’s mom, told the newspaper that her son missed three days in school because he refused to cut his hair.

“My son has the right to not cut his hair. He has beautiful hair,” Harden told the Union-Tribune.

The school did an about-face after news outlets ran the story and it was shared widely on social media by Tasha Williamson, a local activist, and mayoral candidate. Williamson pleaded with private schools in San Diego County to stop policing Black hair.

“We understand that this is a broader issue than braids. It is an issue of cultural sensitivity, of rules being used in discriminatory ways,” Williamson posted Friday on Facebook.

School officials spoke with Harden on Monday and told her that her son could return to school on Tuesday and that he could leave his hair braided. Officials also said they have removed the suspension from Harden’s son’s record.

“I think everything is resolved to everybody’s satisfaction,” diocese spokesman Kevin Eckery later added to the newspaper, declined to discuss the situation further.

Last July, California became the first state in the country to outlaw racial discrimination based on a person’s hairstyle and texture, according to the Los Angeles Times. The ruling, which went into effect Jan. 1, covers K-12 schools and places of business. Both New York and New Jersey also have passed similar laws.

However, California law does not cover private schools like Mater Dei.

Mater Dei’s school dress code calls for boys to keep their hair length shorter than mid-ear on the sides and it can’t reach their shirt collars in the back, or their eyebrows in the front, according to the Union-Tribune. However, Harden said other male students wear their hair longer than the code and are never chided for it.

“Was it too ethnic, was it too cultural for them?” Harden questioned, according to the newspaper. “It is discrimination. They discriminated against my son, and they harassed my son.”