Initially, the teller described the robber as a Black man, but once investigators analyzed security video it was clear that she had been tricked 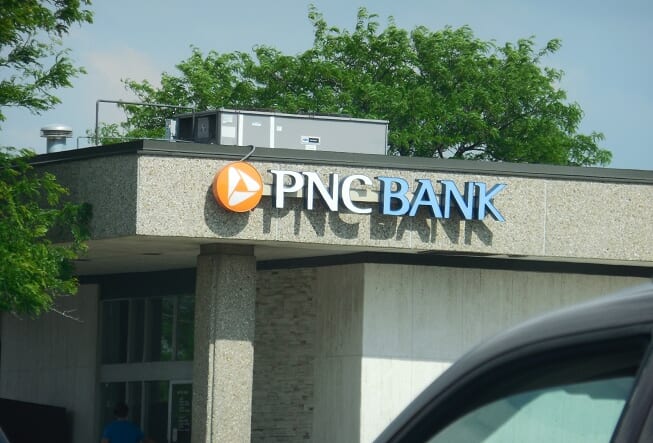 Police are hunting for a white man who painted his face black before he robbed a Maryland bank on Tuesday.

The white bank robber hit up a PNC bank in Perryville and is still at large. Perryville Police Chief Allen Miller told ABC News that initially the teller described the robber as a Black man, but that once investigators analyzed security video, they noticed the burglar’s white skin between the glove he was wearing on his right hand and where his jacket sleeve.

“You could see that he was not a Black male,” Miller told ABC News. “He had obviously covered his face in black something. I don’t know if it was makeup or what. We’re still investigating.”

After the crime, the Perryville Police Department took to Facebook to ask the public for help, “identifying the below pictured subject.” Police went on to describe the suspect as “a white male, with paint on his face, approximately 5’0” to 5’5” in his late 20s to early 30s.” Police did not divulge how much money the robber stole.

The post reportedly received a ton of racist and vulgar responses which prompted the police department to remove the notice.

“In lieu of our recent post and its many comments (some being derogatory and/or vulgar), we have elected to take down/remove the post,” the Perryville Police Department wrote. “We do appreciate those who had contributed any information in regards to the bank robbery. We ask that in future posts regarding a crime that we limit any commenting to relevance of the incident and details. Thank you.”

Even responding to this post, some couldn’t resist the urge to continue poking fun of the situation.

“How dare you paint Gov. Northam in such a dark light!!” wrote John Tabor.

“What did you expect? I mean remove the victims from the story and it was comical,” added Mike Stew Stewart.

Perryville, Maryland is located roughly 40 miles northeast of Baltimore, close to the Delaware and Pennsylvania borders.

We fail to see the humor.