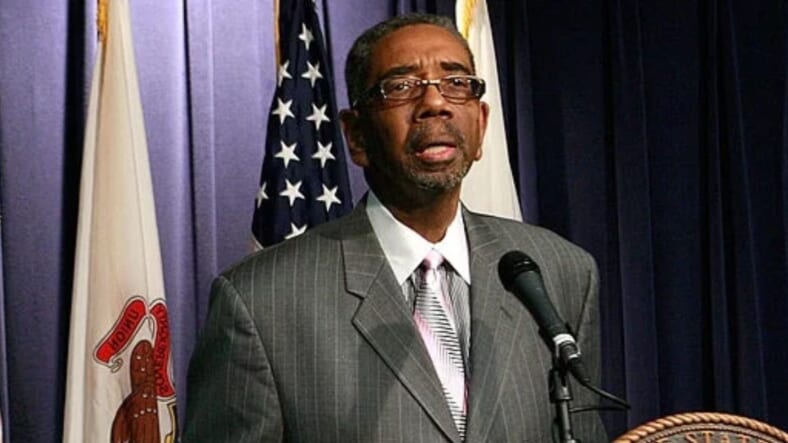 The nation’s only Black congressman bravely stood on the House floor in front of a majority of white people in 1900, 120 years ago this week, to read aloud a piece anti-lynching legislation.

Rep. George Henry White (R-N.C.) witnessed a year earlier a violent race riot in Wilmington, N.C., where a mob of white supremacists killed as many as  60 black people, according to the 1898 Wilmington Race Riot Report. He researched every lynching victim across the country over two years, writes the Washington Post.

“I tremble with horror for the future of our nation. When I think what must be the inevitable result if mob violence is not stamped out of existence and law once permitted to reign supreme,” he said, the Post notes.

The bill never made it out of committee but 120-years later the House of Representatives may fulfill White’s legislative dream.

On Thursday, House Majority Leader Steny H. Hoyer (D-Md) announced that the House will vote next week to officially make lynching a federal hate crime, “which Congress failed to do nearly 200 times in the 20th century since White’s bill in 1900,” the Post says.

The historic bill, called “The Emmett Till Antilynching Act,” would make lynching and mob-related killing punishable up to life in prison.

The bill is named for Emmett Till, the 14-year-old African American boy who was brutally beaten and lynched in Mississippi in 1955, becoming a martyr during the Civil Rights Movement.

The bill was introduced by Rep. Bobby L. Rush (D-Ill) in the House and passed the Senate last year and was spearheaded with the help of Sens. Kamala D. Harris (D-Calif.), Cory Booker (D-N.J.), and Tim Scott (R-S.C.).

Harris said that lynching is a part of the nation’s “uncomfortable history” that hasn’t been “truly acknowledge” or “reconciled” with, The Hill reports.

House Judiciary Committee Chairman Jerrold Nadler, says in praise, “Next week, we will finally take concrete steps to address this dark and shameful chapter in American history by bringing the Emmett Till Antilynching Act to a vote on the House floor,” according to a press release from Majority Leader Hoyer.

Rep. Rush echoed the same sentiments, saying, “For too long, lynching has not been classified as a federal crime, but to borrow a quote from Rev. King, ‘the arc of the moral universe is long, but it bends towards justice.'”

READ MORE: WATCH | The evil history of lynching and why President Trump’s tweet was disrespectful

If the bill passes next week, it will head to the desk of Donald Trump to be signed into law.