The “Advancing the Legacy” fundraising campaign asks pledgers to make financial contributions that will help with student scholarships, reducing debt, and recruitment. $4 million has been raised so far. 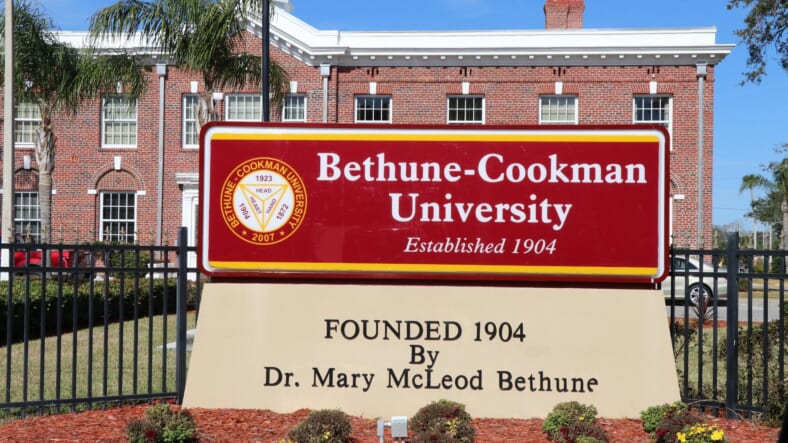 The National Council of Negro Women Inc. and Bethune-Cookman University are teaming up on “Advancing the Legacy,” of Mary McLeod Bethune‘s vision for the school.

Johnnetta Cole, NCNW National Chair and President, and Bethune-Cookman University President E. LaBrent Chrite jointly announced the fundraising initiative. It is aimed to raise awareness and further the mission of the Daytona Beach, Florida school to close a scholarship gap, and “Advancing the Legacy” hopes to get the HBCU to the finish line.

We’ve had our share of strife, but one thing has been abundantly clear. This #HBCU is growing, thriving, and equipping students with the tools they need to Advance The Legacy and change the world. We are #BCU, and we are #AdvancingTheLegacy. https://t.co/XrzSubGf3s pic.twitter.com/B0S4rBxpZO

“We have accomplished so much over the past year in terms of preparing for B-CU’s future, and we just have one last bridge to cross,” Chrite told Rolling Out. “Everything we have done and will continue to do is intended to protect and advance Dr. Bethune’s legacy and ensure access to higher education for African American students.”

Cole said it’s an important mission to carry on the legacy of McLeod Bethune, an educator and civil rights and women’s rights leader.

“Dr. Bethune fearlessly and successfully surpassed countless obstacles faced by a Black woman who was raised by former slaves. Even during her childhood in South Carolina, she understood the power of education and made her life’s work to provide access to young Black men and women,” Cole added.

“She also understood the importance of empowering Black women, which is why she established the NCNW. B-CU and NCNW are forever connected by her vision and legacy.”

So far, Bethune-Cookman University has raised $4 million of its $12 million campaign target. The remainder is critically needed for scholarship funding.

The “Advancing the Legacy” fundraising campaign asks pledgers to agree to make a financial contribution at advancingthelegacy.com and also to share their support to the campaign on their social media platforms using hashtag #AdvancingBCU. The campaign says funds will be allocated to student scholarships, reducing debt, and strengthening recruitment and retention efforts.