Treasury Secretary Steven Mnuchin said during a news conference that the White House is working to 'immediately' provide financial relief to millions of Americans. 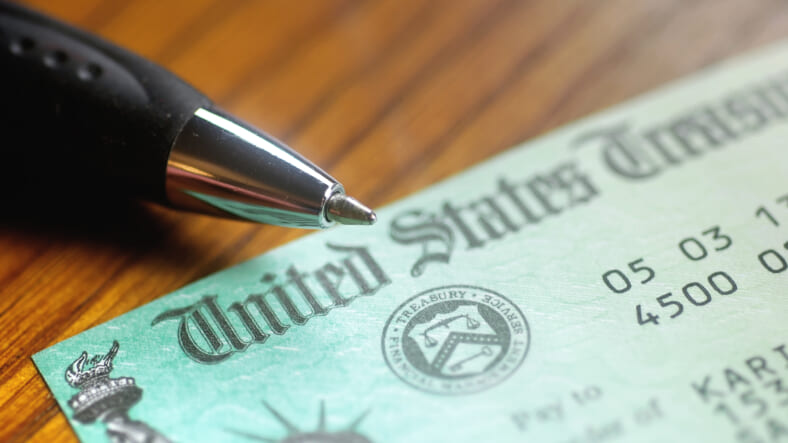 The White House announced on Tuesday that the Trump administration is looking into giving Americans checks to ease the economic impact of the novel coronavirus outbreak.

According to NBC News, Treasury Secretary Steven Mnuchin said during a news conference that the White House is working to “immediately” provide financial relief to millions of Americans who are losing out on pay due to nationwide closures.

It is unclear who would be eligible for emergency funds and how it would be provided.

“Americans need cash now,” Mnuchin said. “And I mean now in the next two weeks.”

“I think we are going to do something that gets money to them as quickly as possible,” Trump said. “We will have a pretty good idea at the end of the day what we will be doing.”

Meanwhile, Trump appeared to fan the flames of xenophobia in a tweet he posted Monday night, in which he referred to the COVID-19, also known as coronavirus, as a “Chinese Virus.”

“The United States will be powerfully supporting those industries, like Airlines and others, that are particularly affected by the Chinese Virus. We will be stronger than ever before!” Trump tweeted.

Officials, as varied as the head of the Centers for Disease Control and Prevention to New York City Mayor Bill de Blasio, blasted the phrase as wrong and dangerous in drawing an association between the potentially deadly disease and Chinese people. De Blasio warned that the tweet falsely places blame on China and could endanger Asian Americans.

“If you’re looking for someone to pin this crisis on, try the guy who made up a phony Google website or promised testing kits that he STILL hasn’t delivered,” de Blasio tweeted. “Our Asian-American communities — people YOU serve — are already suffering. They don’t need you fueling more bigotry.”