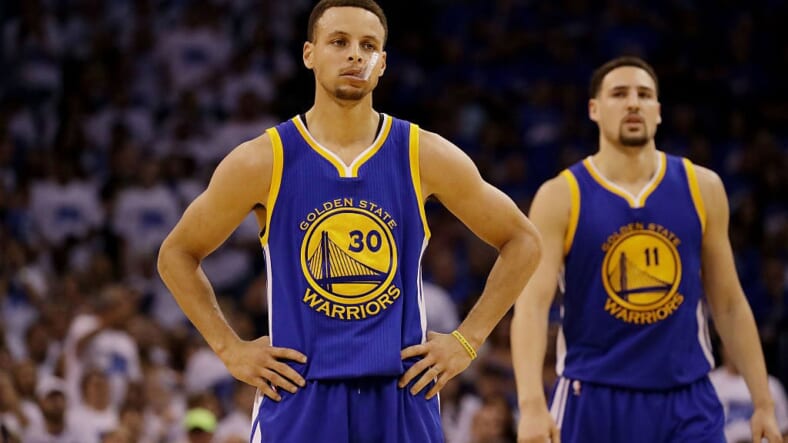 While basketball fans wait impatiently for the NBA hiatus to end and stars to return to the court, there are signs that the season is in jeopardy.

The 2019-2020 season, put on pause after multiple contracted coronavirus, is at risk of being canceled, according to CBS Sports. League officials initially halted play for 30 days to assess their options to complete the season, but the odds of moving forward are cloudy.

ESPN’s Brian Windhorst, who has been tracking the situation, said Friday that the NBA and National Basketball Players Association, the players union, have been discussing alternative options that include banning fan attendance and cancellation of the season.

“Now they don’t have to do that yet, and the way they’re negotiating they’re leaving themselves an option either way,” Windhorst explained, “but they’re not having talks about how to restart the league. They’re having financial talks about what would happen if the season shuts down and I think there is a significant amount of pessimism right now.”

READ MORE: NBA star Karl-Anthony Towns says mom is in a coma: ‘This disease is real’

In March, the NBA suspended the season after members of the Utah Jazz tested positive for coronavirus, with hopes of restarting the season at a later date. The move was made to enforce social distancing guidelines to prevent the fast-spreading disease of infecting spectators. The NHL and MLB later followed suit in pausing play, while the annual NCAA March Madness tournament was called off.

Positive tests and deaths continue to rise in the United States, which now has the most cases around the globe.

Several issues are preventing the season’s continuation. Among them are limited COVID-19 testing for players once games resume and how a late ending 2019-2020 season in August or September will affect the beginning and length of the 2020-2021 season.

The NBA Finals normally ends in mid-June, while the regular season opens in late October).

READ MORE: Wimbledon canceled for 1st time since WWII because of COVID

The league and players union are also in discussion on the financial burden that both will have to accrue as a result of play stoppage. CBS Sports also reported that the NBA wants to cut player salary by 50 percent during this time, while the players have countered offered with a 25-percent cut.

The league had first planned to continue play in March with empty arenas until Utah Jazz all-star Center Rudy Gobert tested positive before a game against the Oklahoma City Thunder. More than a dozen players have since tested positive, including all-stars Kevin Durant and Donovan Mitchell.