Nearly a decade into the Black travel explosion, Black-owned companies are focusing on African countries and the American south 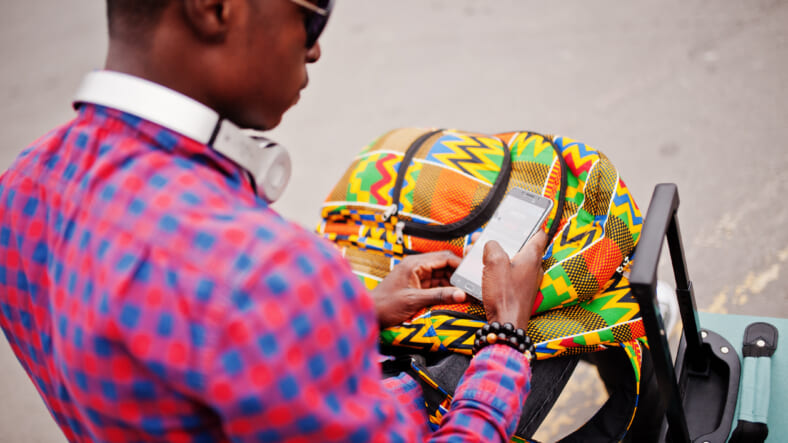 The Black travel movement began almost ten years ago with an emphasis on going abroad to places that see few Black visitors. Mainstream travel marketing seemed to suggest that Black Americans would only book trips to Miami or Las Vegas, so the movement stepped in to show Black travelers in places like Japan and India.

Now the movement is well established and it’s also celebrating majority-Black spaces, both internationally and domestically. A big part of that is connecting travelers with Black-owned businesses.

READ MORE: I’m a Black American stuck in Ghana during the COVID-19 pandemic

Buoyant, which offers group trips and travel planning services, rebranded at the beginning of 2020 to stress its commitment to Black-owned businesses. Founder Briona Lamback automatically includes a Black-owned business in all itineraries, whether that be a hotel, restaurant, tour guide, or other services. 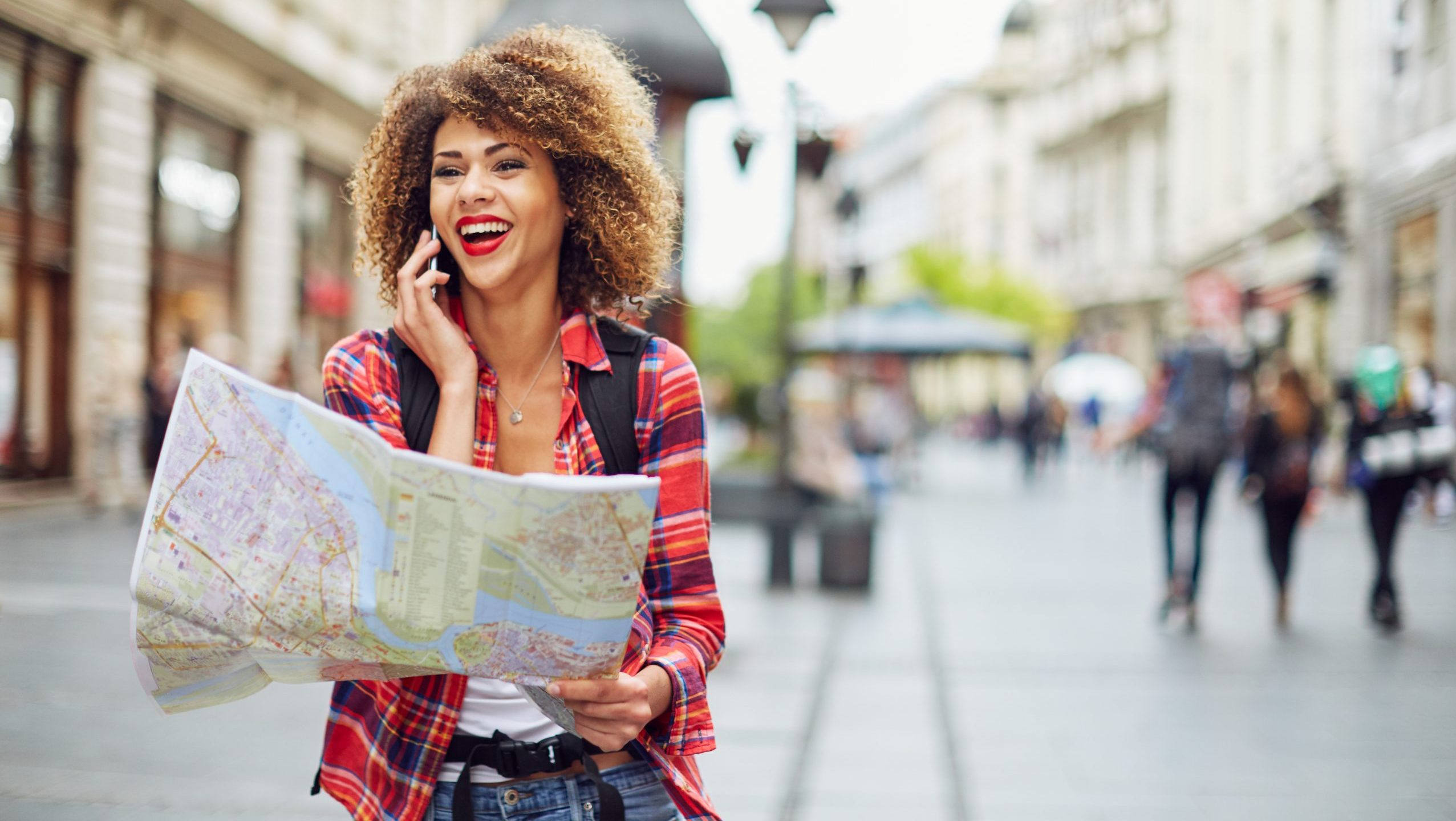 “People are really receptive to it. I think it has a lot to do with why people book with us in the first place,” Lamback tells theGrio, adding that circulating money back into the community is critical to the company ethos.

Last year, Buoyant took a group of 13 travelers to Ghana during its Year of Return, in which the country’s tourism board welcomed members of the diaspora. Ghana has a long history of receiving Black Americans, dating back to Maya Angelou, Malcolm X, and many others in the 1960s.

“This felt so different than traveling around Europe,” said Lamback of the trip. “We can walk into restaurants, we can get on public transportation without people double-taking and looking at you. There was definitely a sense of freedom.”

For Lamback, the Year of Return was not a one-time occurrence, and she plans to increase her offerings to the continent, starting with a 2020 trip called Beyond the Return, based on Visit Ghana’s decade of African renaissance between 2020 and 2030.

Buoyant also offers a trip to the Essence Festival in New Orleans. “It’s a place that’s very Black and proud of being very Black. It has preserved that culture,” she said of New Orleans, adding that it’s easy to patronize Black-owned businesses there because they’re plentiful.

Nomadness Travel Tribe, which essentially started the Black travel movement in 2011 and now has over 20,000 members, has a history of hosting trips to South Africa since 2014.

“Many folks experienced hearing ‘welcome home’ at the airport upon arrival. It stuck with them,” said founder Evita Robinson. “South Africa quickly became a second home for Nomadness, and it’s our second most frequented trip.”

Paris. Where to begin? The city that first made me an expat back in 2006. Literally weeks after graduating from college, I moved to Paris to study film with #NYFA and didn’t realize that was the first move, in a trip that changed the course of my life forever. I guess the flight is a good starting point. As said on my IG stories yesterday, I wanted to drop some dimes on @flyNorwegian . My last two flights also doubled as the first times that I ever flew the airline…and they are different… Let me explain… @FlyNorwegian is a budget airline that I feel is way more well known in Europe than in the States. And that’s a shame because they are actually kinda dope. You might have seen their recent promotions talking about these $150 flights to Paris. That’s not bullshit. I love the way they have extended the overseas. Literally airlines like this are how I was able to backpack while broke right after college. I appreciate them. Greatly. This is only more emphasized after they just announced a partnership with Jetblue. I am eager to see how it works out. So, budget and not… This shot is in their Premium Class Cabin. It’s like their 1st class. Seats extend and recline. Comped blanket. It’s like a first class that doesn’t make you want to ? when you see the price. Seriously. Also didn’t realize that if flying out of JFK, Premium gets you access to Alitalia’s Airport Lounge. So how do they do this, at low prices? Peep this, especially economy riders. The airline feels so millenial to me, with their food/drink menu on their tv screens. You can scroll and swipe, order what you want, pay, and then the flight attendant comes directly to your seat, very restuarant like. There is no free meal in ecomony. As long as you know this prior to boarding, you are good. As a pescitarian, I dig having the options. As a control freak, I dig the choice. As a millenial, I dig the tech of it all. So, now that I have explained how I got to Paris…let’s talk about WHAT I got from Paris, because they are protesting and shutting shit down y’all…. continued in next post…

Nomadness also hosts domestic events in cities that are home to many Tribe members, and also have deep wells of Black history. Recent Tribe Barbecues have been held in Richmond, which was a major center of the domestic slave trade, and Detroit, America’s Blackest large city by percentage according to the census, with a priority to connect with local Black-owned businesses.

The company’s inaugural Audacity Fest was held in 2018 in Oakland, the birthplace of the Black Panther Party, followed by Memphis, home of the National Civil Rights Museum at the Lorraine Motel. The next one is scheduled for New York in August along with a barbecue, pending fallout from the coronavirus, which may result in a new digital component. 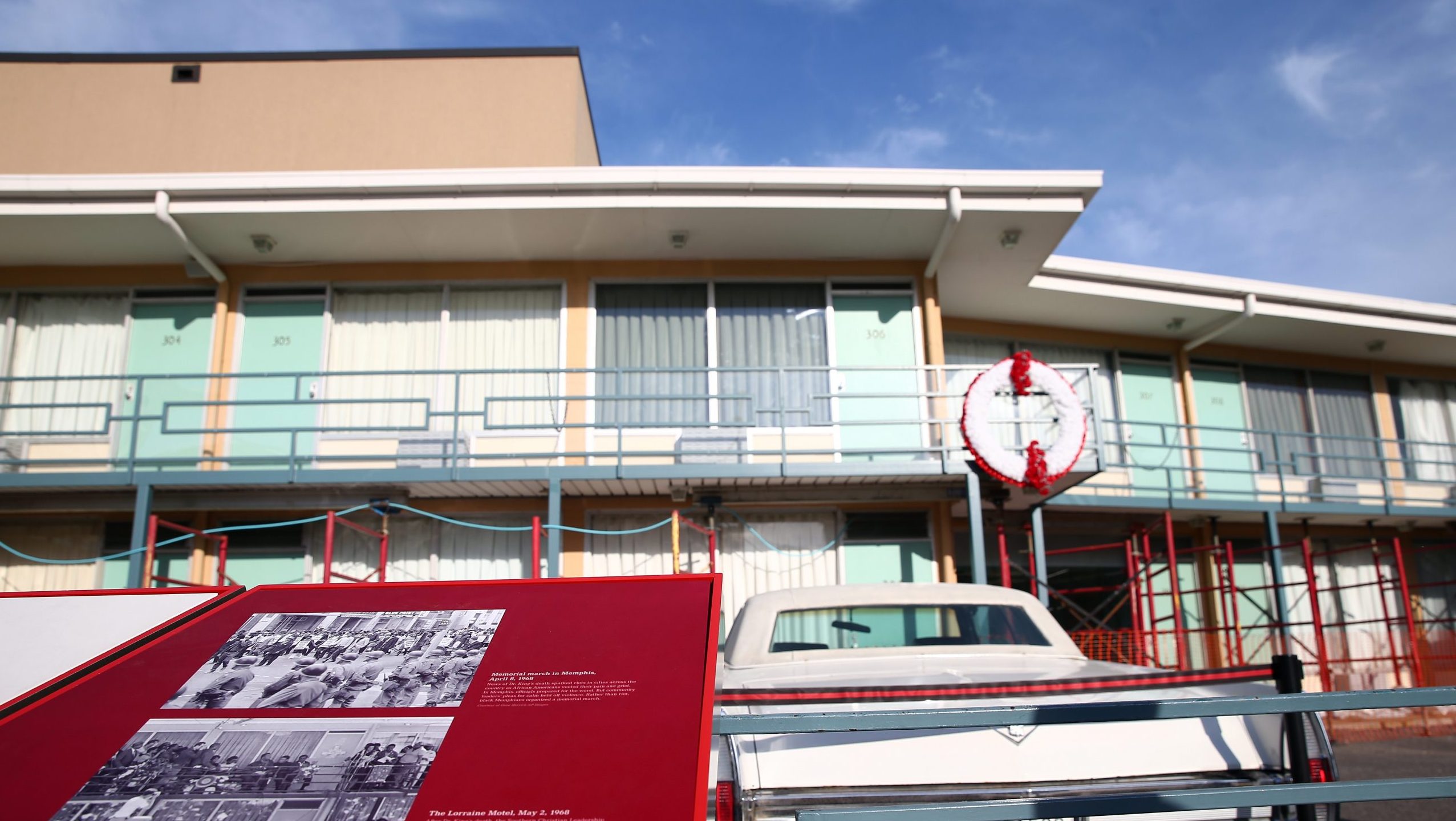 Robinson said that Audacity Fest’s attendance more than doubled from the first year to the second. “They’re coming for the love of the movement and what it represents, and then there are other people who come because they actually want to get into the industry of travel,” she said.

Black & Abroad now hosts most of its trips on the African continent. Its founders, Eric Martin and Kent Johnson, also said they’re interested in the possibility of leading personalized trips based on participants’ DNA tests, which have become more affordable and accurate in recent years.

Connect with nature. @thatdudetrae is #blackandabroad in Johannesburg, SA ??. Who’s been before? Tell us about your experience below! ??

The company released a viral Go Back to Africa campaign last year, in order to displace a hateful phrase and encourage black Americans to connect with their roots on the continent. To that end, Black & Abroad took 20 travelers to Ghana last year. Experiences included seeing the Door of No Return, receiving a Ghanaian name, attending Afrochella, and simply discussing what this homecoming meant for people’s identities.

“We had to pry them away from the hotel because they did not want to leave,” said Martin. “We’re here to not only connect with our spiritual sides, but with our humanity.”