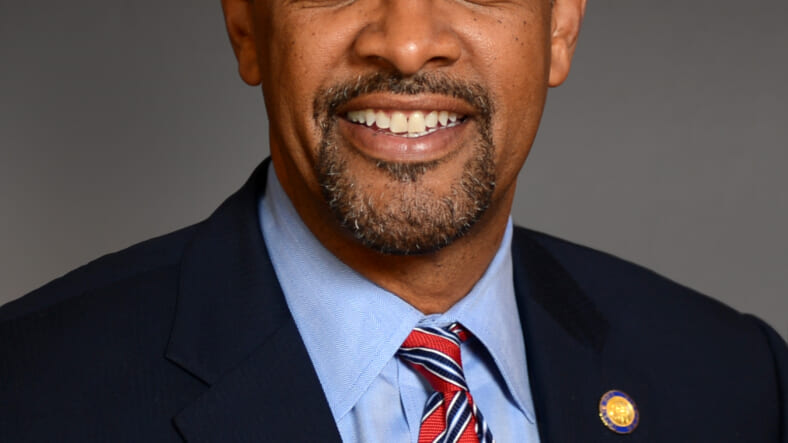 A Georgia Democratic lawmaker has decided not to toe the party line and is instead endorsing President Donald Trump for a second term.

State Rep. Vernon Jones endorsed the president Tuesday and told the Atlanta Journal Constitution that he believed Trump was a transformational figure who has helped the Black community. The conservative Democrat said that 45 prioritized those most in need.

“It’s very simple to me. President Trump’s handling of the economy, his support for historically Black colleges and his criminal justice initiatives drew me to endorse his campaign,” Jones said.

Jones previously voted twice for President George W. Bush. The “independent thinker” also has also kept pictures of Confederate Gen. Robert E. Lee in his office. His voting record aligns with the Republican party, co-sponsoring bills that would crack down on undocumented migrants.

Still, Jones does not question his allegiance to the Democratic party.

“This is not about switching parties. There are a lot of African Americans who clearly see and appreciate he’s doing something that’s never been done before,” Jones added. “When you look at the unemployment rates among Black Americans before the pandemic, they were at historic lows. That’s just a fact.”

Jones, who is facing a primary battle with businesswoman Rhonda Taylor on May 19 in the Democratic party, is not at all worried. He also dismissed recent allegations that he does not actually live in the district he represents as “baseless”. In his mind, it was par for the course when one is great.

“A philosopher once said, ‘One courageous man in the crowd is a majority.’ I’ve got the courage to express my convictions,” Jones said. “I believe that Donald Trump is the best person to lead this country going forward.”

Democratic Party of Georgia Chairwoman Nikema Williams disagreed. She released a statement on the party’s behalf.

“Vernon Jones is an embarrassment to the Democratic Party and does not stand for our values. Never has that been clearer than this moment, when he chose to stand with the racist president who has made an all-out assault on Black Americans, who has tried to rip away American health care, and who has failed our country in its greatest time of need during the most important election in our lifetimes. Vernon Jones doesn’t speak for Georgians, and neither does Donald Trump — which is why Georgians will send him home in November 2020.”