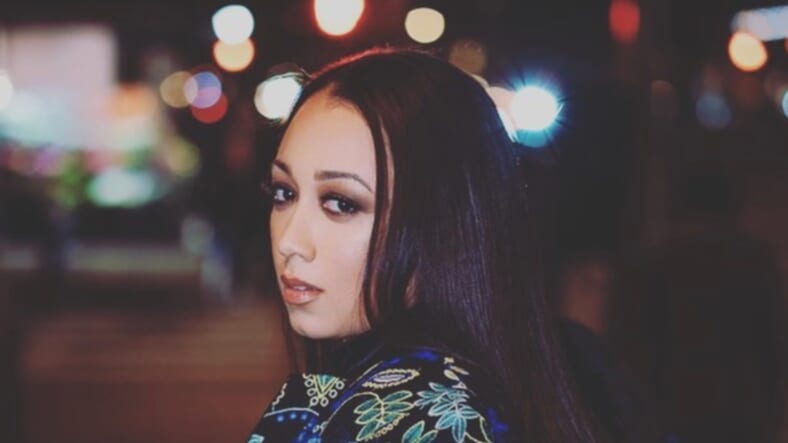 Cyntoia Brown-Long, who was freed from jail last year after serving 15 years of a life sentence for murder, is the subject of a new Netflix documentary.

On Wednesday, the Nashville native made clear she is not involved with the new feature with a statement posted to Instagram.

“While I was still incarcerated, a producer who has old footage of me made a deal with Netflix for an UNAUTHORIZED documentary, set to be released soon. My husband and I were as surprised as everyone else when we first heard the news because we did not participate in any way.

However, I am currently in the process of sharing my story, in the right way, in full detail, and in a way that depicts and respects the woman I am today. While I pray that this film highlights things wrong in our justice system, I had nothing to with this documentary.”

The new documentary, murder to Mercy: The Cyntonia Brown story features footage from one made years ago while Brown-Long was facing a life sentence for murder. That documentary Me Facing Life: The Cyntoia Brown Story was released in 2011.

There are no new interviews in the new Netflix doc from Brown-Long.  There does appear to be new ones with some of the people who were involved in her case.

She was just 16 in 2004 when she was arrested for the murder of real estate agent Johnny Lee Allen, 43. He met her in a fast-food parking lot and paid her to have sex with him.

At the time, Brown-Long was a runaway and living with an older man named Garion L. “Kut-Throat” McGlothen, who’d forced her to earn money through prostitution. She said that she went to Allen’s house in order to earn the money McGlothen expected.

Brown-Long testified that she was unnerved by Allen showing her weapons. Feeling as though she may be detained or killed, she shot him with a .40 caliber gun she’d brought with her for protection. Other testimony in trial records indicated that Brown targeted Allen to rob him.

After the murder, she left with Allen’s truck, two of his guns and $172 in cash. 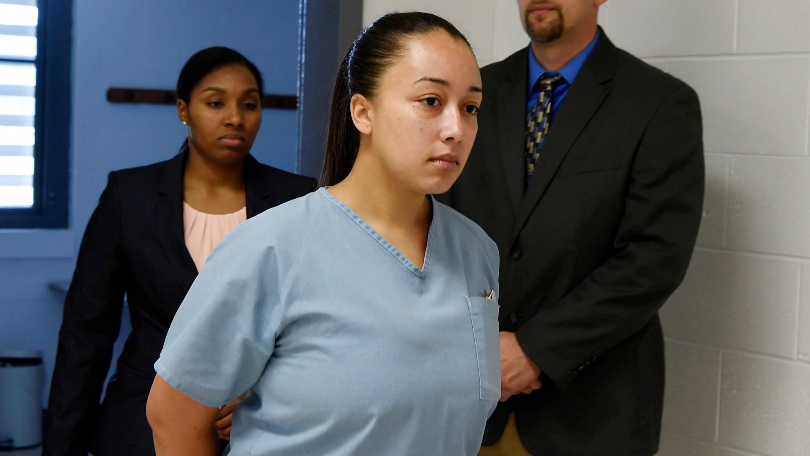 Cyntoia Brown enters her clemency hearing Wednesday, May 23, 2018, at Tennessee Prison for Women in Nashville, Tenn. (Lacy Atkins /The Tennessean via AP, Pool)

Brown-Long was ultimately tried as an adult, and in 2006 she was found guilty of first-degree murder, felony murder, and aggravated robbery. She was sentenced to life without eligibility for parole for 51 years.

During her trial, a documentary filmmaker Daniel H. Birman became interested in her story and ultimately Me Facing Life: The Cyntoia Brown Story was made and released in 2011.

Through the documentary, Brown-Long’s story became a cause for activists and celebrities who believed she acted in self-defense to save herself from a predator. Rihanna and Kim Kardashian West were among those who advocated for Brown’s release.

In 2019, Tennessee Gov. Bill Haslam commuted Brown’s sentence, impressed by her turnaround in jail where she earned a G.E.D and an associate’s degree and the global campaign to free her from a life sentence.

That same year, Brown-Long released her memoir Free Cyntoia: My Search for Redemption in the American Prison System. She married musician and entrepreneur Jamie Long while still in jail.