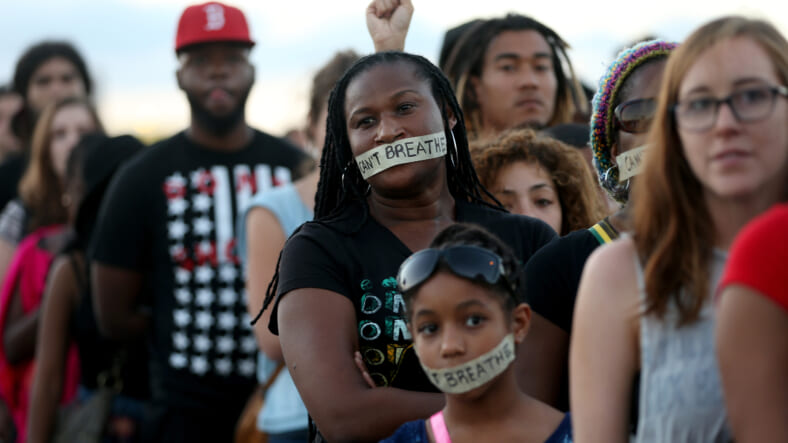 Demonstrators stand with tape reading, ” I Can’t Breathe”, as they march along Interstate 195 after police shut the road down to protest police abuse in Miami, Florida. (Photo by Joe Raedle/Getty Images)

In 2017, Eric Garner cried three words eleven times before being choked to death by a New York City police officer: “I can’t breathe.”

Garner’s tragic plea shook the heart of the nation with a strong blow to the Black community, and “I can’t breathe” became the battle cry of a historic movement for equal rights and protection under the law. 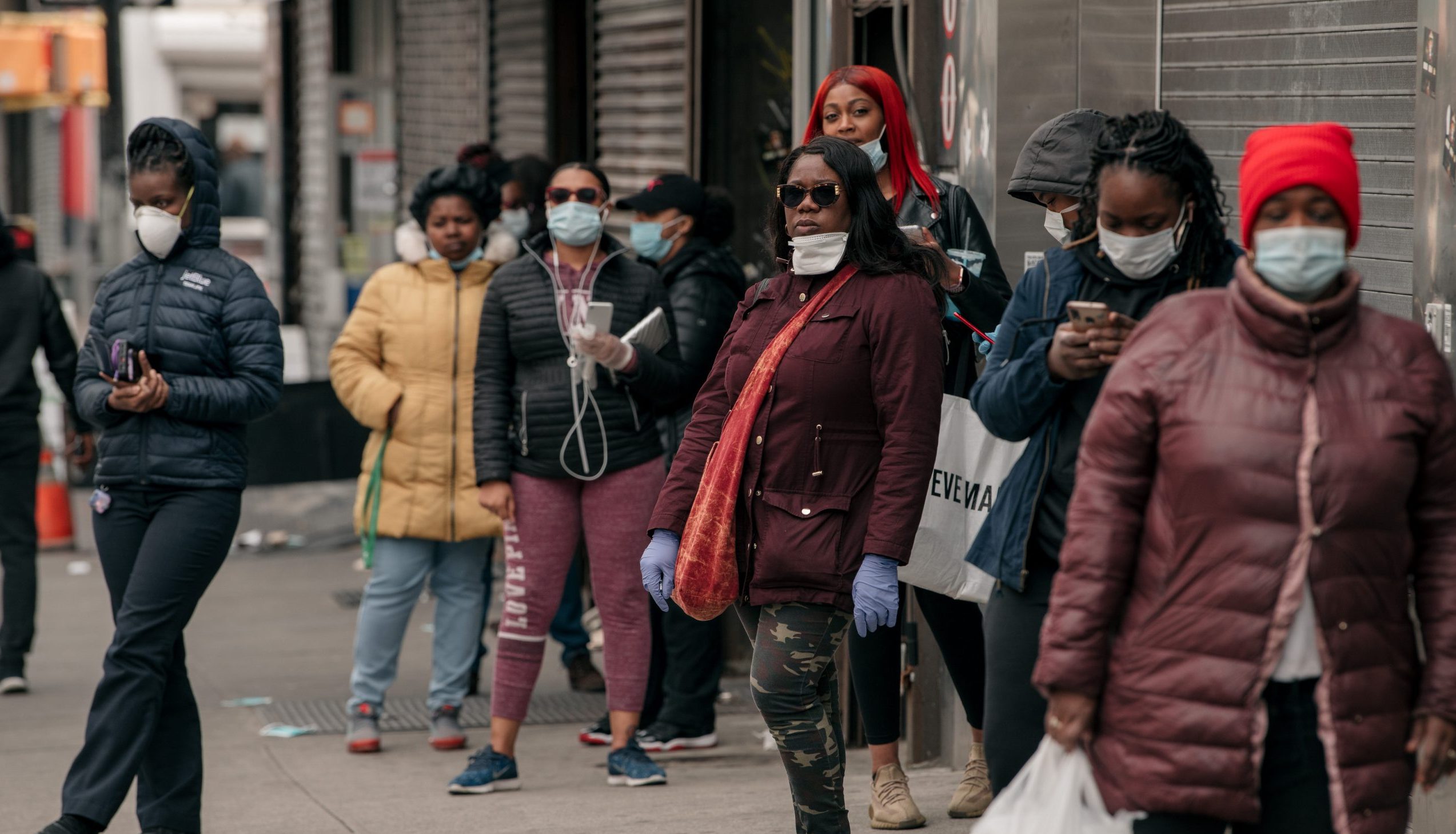 Slow and seemingly invisible, toxic air pollution is wreaking havoc on communities of color at an alarming rate relative to white communities. Even worse, the Trump Administration has not only known and sat on this fact for two years, but it has exacerbated this crisis substantially.

In 2018, scientists from the Environmental Protection Agency (EPA) published a robust study outlining the startling connection between the air we breathe and the color of our skin. The study found that non-Whites had a 28 percent higher health burden from particulate matter air pollution and African Americans alone had a shocking 54 percent higher burden than the overall population.

To put it simply, minorities, especially Black Americans, are being exposed to higher levels of dangerous air pollution, and the consequences are lethal.

A quick visit to the EPA’s own website outlines the poisonous penalties:

Despite the EPA’s own findings on air pollution’s disproportionate health effect on communities of color, the Trump-led agency charged with protecting human and environmental health has recently used the excuse of the COVID-19 pandemic to impose a freeze on enforcing pollution and clean air regulations.

Moreover, the agency has already rolled back nearly 100 environmental regulations, of which a quarter dismantle much-needed air pollution and emission regulations.

Either EPA Administrator Andrew Wheeler and this administration are intentionally trying to suffocate Black and minority groups, or they are callously insensitive to our basic needs. 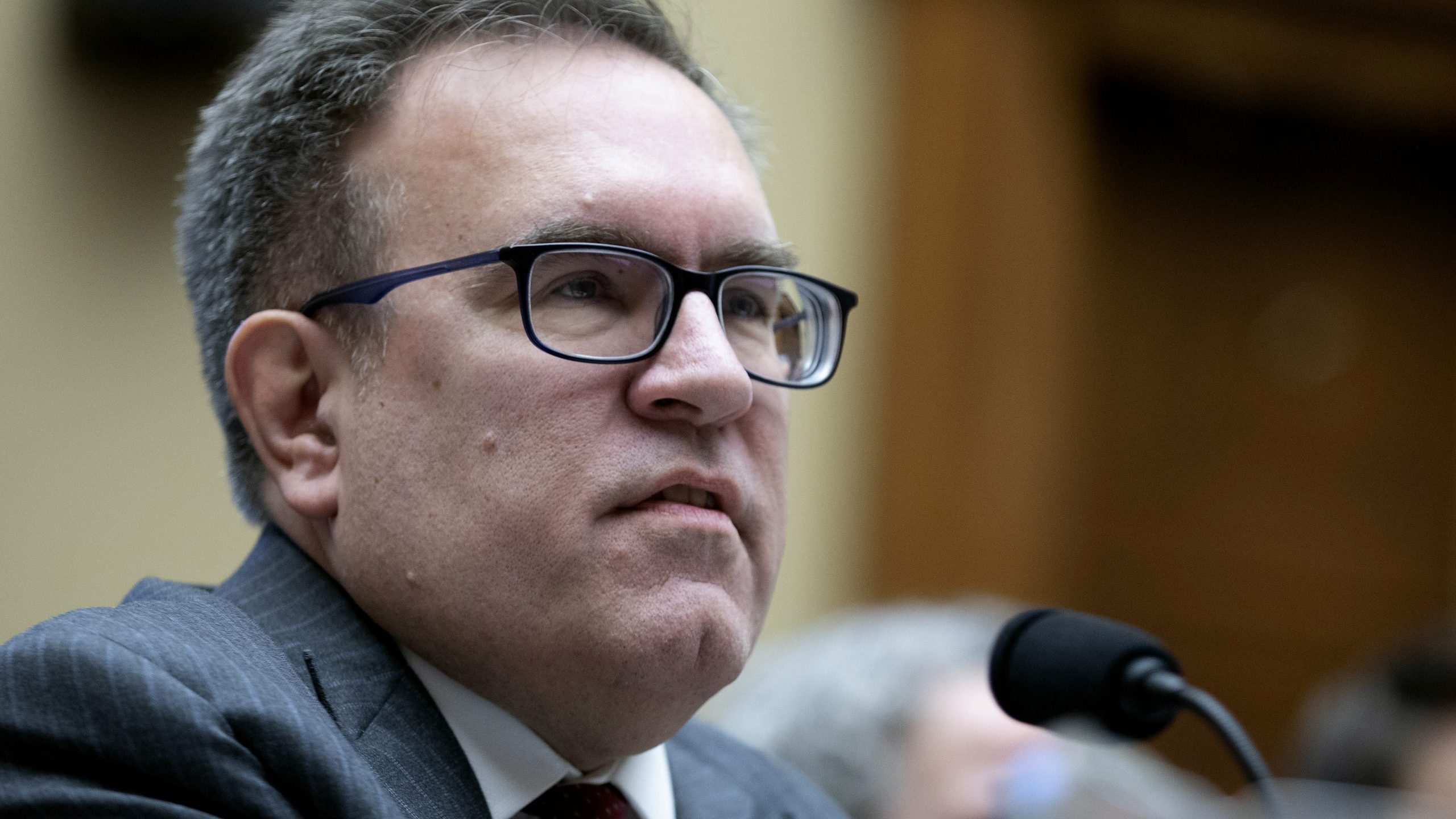 This apparent indifference to the health of Black Americans becomes even more alarming considering the recent correlation discovered between air pollution and COVID-19 mortality rates. In a recently released Harvard University study, researchers concluded that COVID-19 patients in areas with high air pollution levels have a greater likelihood of dying from the illness.

EPA’s chosen response has been to continue to indefinitely cease enforcement actions and allow companies to monitor their own behavior, a likely free-for-all for America’s corporations and factories to emit pollution as much as they want.

When called out by myself and 83 House Democrats for their inability to protect Black, Brown, and low-income communities, EPA answered in the typical way we have come to expect from this Administration: dismiss the science and obscure the truth.

In the face of a global pandemic that preys upon those with weakened respiratory systems, the EPA must end its self-imposed and indefinite moratorium on environmental regulation.  Failure to do so could potentially exacerbate the deadly consequences of a virus that is already devastating to the Black community.

The swift suffocation of Eric Garner was met with appropriate outrage and Americans across the country demanded justice for his needless death. However, when faced with the slow suffocation of the Black community at large, brought on by disproportionate air quality standards and worsened by an administration that isn’t doing anything about it, we are largely silent.