Chris Christie says U.S. should reopen: ‘There are going to be deaths’ 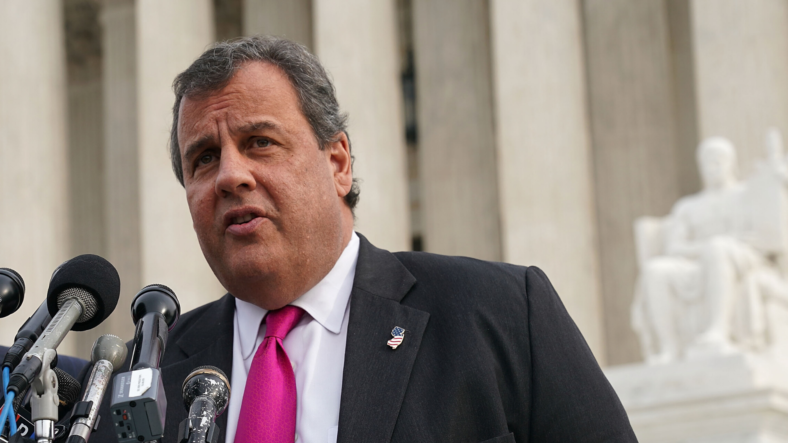 New Jersey Governor Chris Christie speaks to members of the media in front of the U.S. Supreme Court. (Photo by Alex Wong/Getty Images)

The former governor of New Jersey, Chris Christie, said yesterday that America needs to reopen despite the data that shows that more people will die from coronavirus.

“Of course, everybody wants to save every life they can — but the question is, towards what end, ultimately?” the former governor who was once a part of President Donald Trump’s presidential transition team said on The Daily DC Podcast hosted by CNN’s Dana Bash.

He also said that “we’ve got to let some of these folks get back to work because if we don’t, we’re going to destroy the American way of life in these families — and it will be years and years before we can recover.”

Christie’s sentiment is one that has been pressed by Republicans for weeks.

Texas Lt. Governor Dan Patrick told Fox News, “there are more important things than living.” In March, Patrick said on Tucker Carlson’s show on Fox News that “No one reached out to me and said, ‘As a senior citizen, are you willing to take a chance on your survival, in exchange for keeping the America that all America loves for your children and grandchildren?”

Republicans, including President Trump, have advocated for the reopening of the country placing economics above the loss of human life, but even that messaging has been inconsistent.

When Georgia governor Brian Kemp was the first to make moves to reopen his state, President Trump publicly scolded him saying that he strongly disagreed with Kemp’s move.

On her podcast, Bash asked Christie what he would say to the American public if he was President, which was once a possibility, he responded, “The message is that the American people have gone through significant death before.” He pointed to the first and second World Wars as examples of how “we’ve gone through it and we’ve survived it. We sacrificed those lives.”

God help us all.