The actor and social media star talks about his first season on the BET show.

You may know Devale and Khadeen Ellis from capturing our hearts and sharing their love story on OWN’s Black Love in 2018, from their hit podcast ‘Deadass,’ or from their social media presence on Instagram and Youtube as they chronicle their life as a sexy married couple with kids.

But most recently, Devale stars as Zac in Tyler Perry’s BET series Sistas. The show revolves around four single Black women navigating life and relationships. Devale plays a single man trying to reconcile with his ex, a character much different from who he is in real life.

After 25 episodes, Sistas had its season finale and Zac may finally have found some closure in his off-again, on-again relationship. We’ll just have to see in Season 2.

Before getting into entertainment and social media, Devale was a professional football player who played with the Detroit Lions until getting injured and then cut. It was then he decided that he wanted to pursue his dream of acting. 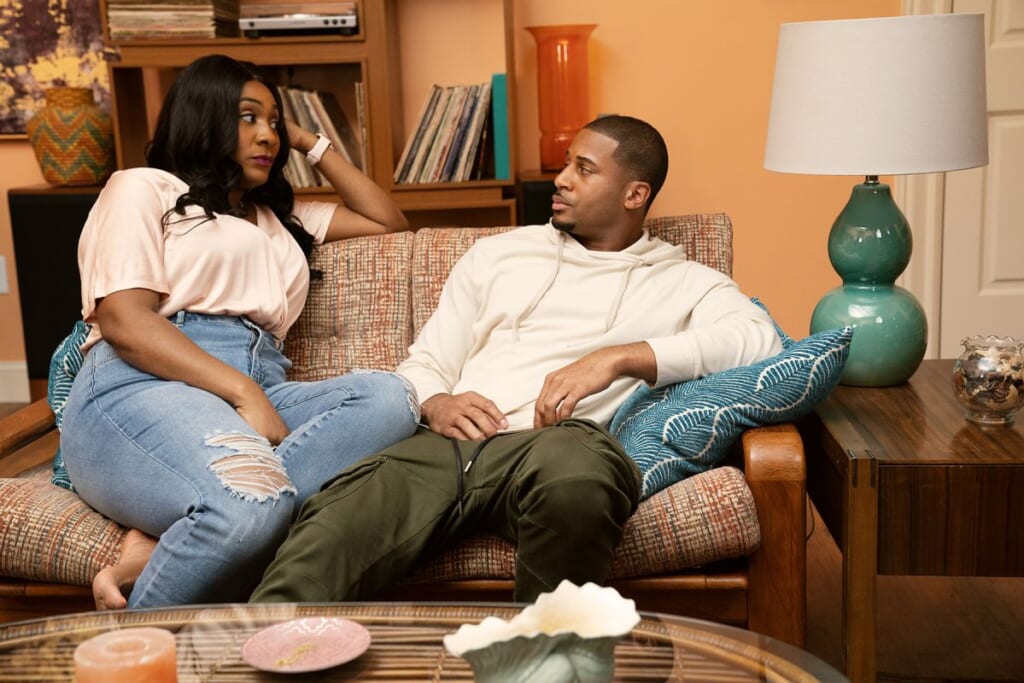 “People have to understand that this is a pivot point in life. Everybody’s life is going to have pivot points. Me getting cut by the NFL was when God was like ‘Yo, you are going to have to do something else.

This is a point where people will have to look themselves in the eye and say my life will not be the way it was I have to change. Once you establish that, that is your reality now you can focus on what you can do to make that change better.”

Devale says preparing, practicing and spending time studying your craft is important if you want to reach the next level.

On Sistas, Devale’s character goes through his own battles within his relationship and caree but he couldn’t tell us what to expect from his character next season. That’s entirely up to Perry, he says.

Devale Ellis and Khadeen Ellis attend the Oval and Sistas screenings at Southern Exchange on  in Atlanta, Georgia. (Photo by Marcus Ingram/Getty Images for BET)

“These first 25 episodes you’re gonna watch Zac going through it, trying to do the right thing but always f**king it up.” He says Zac’s main issue is his lack of maturity.

Sistas can currently be streamed on BET+ and is expected to return for a second season. Devale has a new project in the works and he promised to reveal it to TheGrio exclusively when Hollywood officially opens back up. You can catch the full interview below on IGTV.