Songstress shares with her 19.2 million followers that as a teen, she told her estranged dad that she didn't want "anything" from him 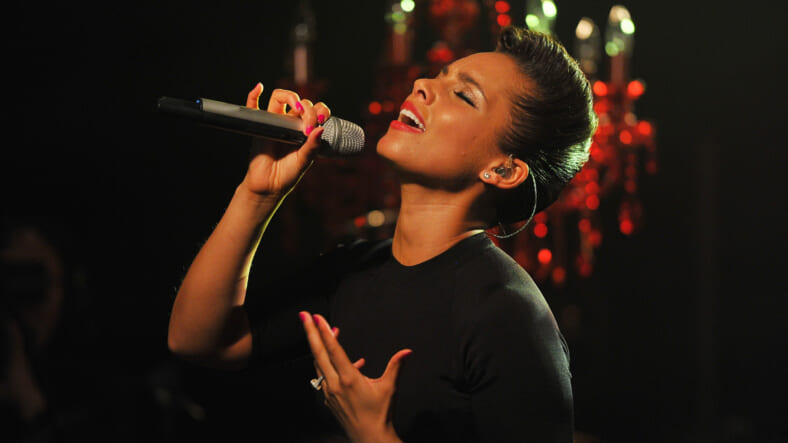 A 15-time GRAMMY Award-winner, Alicia Keys is one of the most transparent music artists of our time. Whether in her music, interviews, or now via her new book, More Myself: A Journey, she takes care to reveal some of her innermost thoughts with her fans.

Because of such transparency, it should come as no surprise that the superstar recently shared a letter that she wrote to her absentee father, Craig Cook, at 13 years old.

READ MORE: Alicia Keys opens up about absent father in new book: ‘It left a hole in me’

In an Instagram post last Friday, Keys explains, she was fed up with her father missing the visits that he promised her when she was a child. She then wrote him an amazing mature letter for a new teen, pouring her heart out to the man that first broke it.

I’ve been waiting for the right moment to share this excerpt with you from #MoreMyself… ⁣ ⁣ In the early part of my teens I wrote this letter to my father, Craig. I wanted nothing to do with him. My words came from a place of vulnerability and longing. At the time it hurt so much to experience what felt like empty promises. I swore I didn’t care, but I did and it affected me deeply. I finally had enough and wrote those words. It’s CRAZY that he kept this letter after all these years. I was so shocked when he first showed me. It was tucked away in a shoe box full of memories. I’m glad he and I can look back at it now as a sign of how far we’ve come ✨??⁣ ⁣ If you feel moved to share, send me a deep relationship that you have had to remove from your life, or one that has been mended, or that you want to see evolve, or are working on changing. ⁣ ⁣ I think it’s so powerful that relationships have their own path. And sometimes they are meant to heal…. ⁣ ⁣ Regardless though, most of the time the healing comes from letting go. ⁣ ⁣ What are your thoughts?⁣ ⁣ Sending u my love, light and strength #moremyself #cheerstotheevolution ? ? ⁣ ⁣ More Myself is available now.

She starts the video by saying that the letter didn’t start with “Dear Dad or even Dear Craig,” she said, “but only the date 7/10/94.”

Keys says that her disappointment toward her father prompted it, but while he never responded to it specifically, he did tell her that he did not want to be pushed out of her life.

Keys, who was born Alicia Augello-Cook, is mixed-race her mother is white and her father is Black.

She has previously said that being raised with an absent parent filled her with anger. She and her father have since been able to heal their relationship.

In her lengthy Instagram post, Keys urged her 19.2 million followers to leave comments, “If you feel moved to share, send me a deep relationship that you have had to remove from your life, or one that has been mended, or one that you want to see evolve, or are working on changing.”

Thousands of commenters shared their pain. One wrote that she was trying to heal her relationship with her father when he died suddenly. She thanked Keys for her post to which the superstar responded, “wow! Thank you for sharing your beautiful words too!”

Another comment was from Keys’ husband of nearly a decade, Swizz Beatz, also commented and wrote, “I’m proud of you my love you guys came a longgggggg way.”

Alicia Keys’ memoir, More Myself: A Journey was released on March 31.