The famed musician was 91.

His wife, Eleana Tee Cobb, announced on Facebook that her husband died at his New York City home from lung cancer. He was 91.

Born in Washington, D.C., Cobb told The Associated Press in 2019 he listened to jazz albums and stayed up late to hear disc jockey Symphony Sid playing jazz in New York City before launching his professional career. He said it was saxophonist Cannonball Adderley who recommended him to Davis, and he ended up playing on several Davis recordings.

But Cobb’s role as a drummer on the “Kind of Blue” jam session headed by Davis would forever change his career. That album also featured Adderley and John Coltrane.

The album, released on Aug. 17, 1959, captured a moment when jazz was transforming from bebop to something newer, cooler and less structured.

The full takes of the songs were recorded only once, with one exception, Cobb said. “Freddie Freeloader” needed to be played twice because Davis didn’t like a chord change on the first attempt, he said. 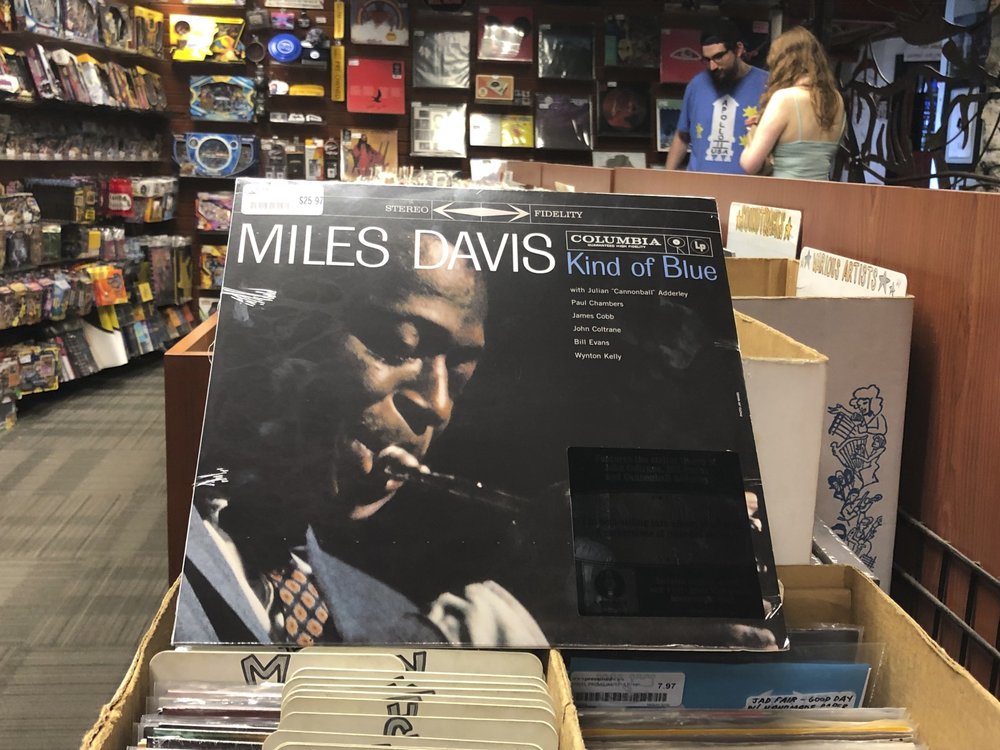 In this Aug. 17, 2019, file photo, the “Kind of Blue” album cover is on display at Bull Moose record store in Portland, Maine, on the 60th anniversary of the album’s release. (AP Photo/David Sharp, File)

Davis, who died in 1991, had some notes jotted down, but there weren’t pages of sheet music. It was up to the improvisers to fill the pages. “He’d say this is a ballad. I want it to sound like it’s floating. And I’d say, ‘OK,’ and that’s what it was,” Cobb recalled.

The album received plenty of acclaim at the time, yet the critics, the band and the studio couldn’t have known it would enjoy such longevity. He and his bandmates knew the album would be a hit but didn’t realize at the time how iconic it would become.

“We knew it was pretty damned good,” Cobb joked.

It has sold more than 4 million copies and remains the best selling jazz album of all time. It also served as a protest album for African American men who looked to Davis and the jazz musicians to break stereotypes about jazz and black humanity.

He performed well into his late 80s and played in Albuquerque, New Mexico, in 2017, as part of the New Mexico Jazz Festival. Jazz fans from throughout the American Southwest came to pay their respects in what many felt was a goodbye.

Cobb released his last album, This I Dig of You, with Smoke Sessions Records in August 2019.