Petal Mayor Hal Marx is being asked to step down by his residents, including his own board of aldermen.

Mariel Turner   |
Petal Mayor Hal Marx raises his hand and refuses to resign at a special board of aldermen meeting at Petal City Hall, Thursday, May 28, 2020, in Petal, Miss., over comments he made about the death of Minneapolis man George Floyd at the hands of police, on social media. (Cam Bonelli/Hattiesburg American via AP)

A Mississippi mayor is resisting calls to resign after tweeting that he “didn’t see anything unreasonable” about the death of George Floyd.

Petal Mayor Hal Marx is being asked to step down by his residents, including his own town’s board of aldermen, for his comments on the killing of Floyd, who died in Minneapolis police custody after Officer Derek Chauvin pinned him to ground with his knee for several minutes.

“Why in the world would anyone choose to become a police officer in our society today?” Marx tweeted Tuesday. “If you can say you can’t breathe, you’re breathing. Most likely that man died of overdose or heart attack. Video doesn’t show his resistance that got him in that position. Police being crucified.”

The Petal Board of Aldermen voted unanimously to ask for Marx’s resignation in a special meeting on Thursday, according to Clarion Ledger.

“Recently, Mayor Hal Marx has taken to social media and repeatedly made comments that have isolated, enraged and belittled individuals in a way that is unbecoming to our city,” Aldermen Clint Moore read from a statement. 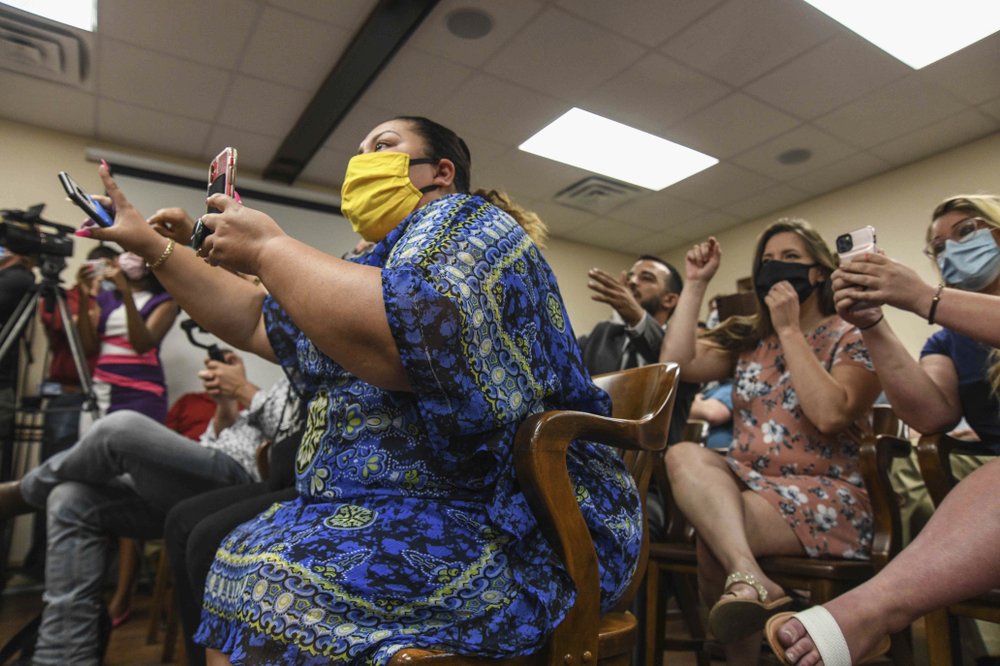 People react to Petal Mayor Hal Marx at a special board of aldermen meeting, Thursday, May 28, 2020, in Petal, Miss., over comments Marx made about the death of Minneapolis man George Floyd on social media. (Cam Bonelli/Hattiesburg American via AP)

During the meeting, Marx tried to defend himself as audience members shouted over him, according to AP.

“You already have your minds made up about me,” he said.

He later told the Hattiesburg American that he was trying to motivate people “to get all the facts before they judge” the police, and that the remarks weren’t racist.

Former Petal resident Javon Patterson, an offensive lineman with the Indianapolis Colts, took to Twitter to call out Marx on Wednesday.

“You know as a former resident of Petal … this is truly disturbing to see,” Patterson tweeted alongside a screenshot of a Facebook post from Marx where he again wrote, “If you can talk you can breathe.”

“How could you watch this disturbing video and make such an idiotic comment. But this guy is supposed to be the leader of ‘the friendly city,’” Alford wrote. “This is why it’s important to vote people. You don’t want people like Mayor Hal Marx in charge.”