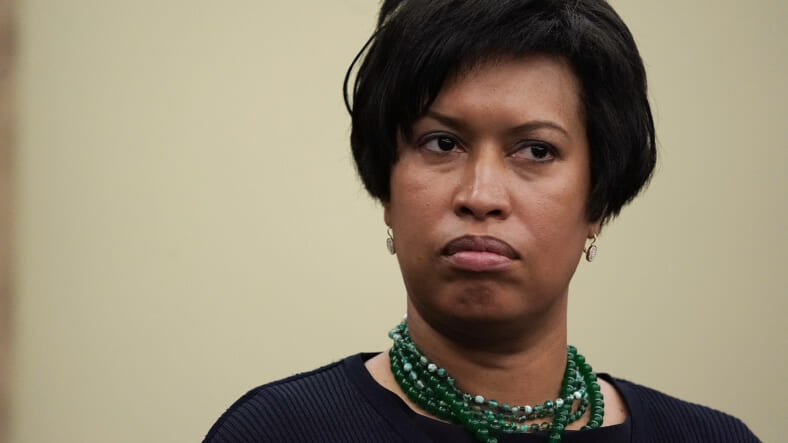 Trump called her “incompetent” in a tweet on Friday following her criticizing him over the George Floyd protests and overt deployment of the Nation Guard.

In his tweet, the president said that Mayor Bowser “is now fighting with the National Guard, who saved her from great embarrassment … over the last number of nights.”

According to the New York Post, Bowser, D.C.’s second Black female mayor in history, had said that she disagreed with the White House’s decision to send troops to the district in light of the looting and riots during the George Floyd protests.

The incompetent Mayor of Washington, D.C., @MayorBowser, who’s budget is totally out of control and is constantly coming back to us for “handouts”, is now fighting with the National Guard, who saved her from great embarrassment…

No less than 3,000 National Guardsmen from 10 different states had been sent to Mayor Bowser’s D.C., to which she demanded the president to remove all state troops. She also said that Trump was “alone” and “afraid” in the White House.

Bowser removed the curfew from the district on June 4 once violence died down.

A series of back-and-forth posturing from each side took place between the parties, with White House spokesman Judd Deere saying that Bowser responded slowly to the rioting, thus “undercut the important message of those wishing to honor the memory of George Floyd.”

On June 5, Bowser arranged the painting of “Black Lives Matter” on 16th Street, which leads to Lafayette Park in front of the White House, where much of the demonstrators have been gathering. She also renamed the street “Black Lives Matter Plaza.”