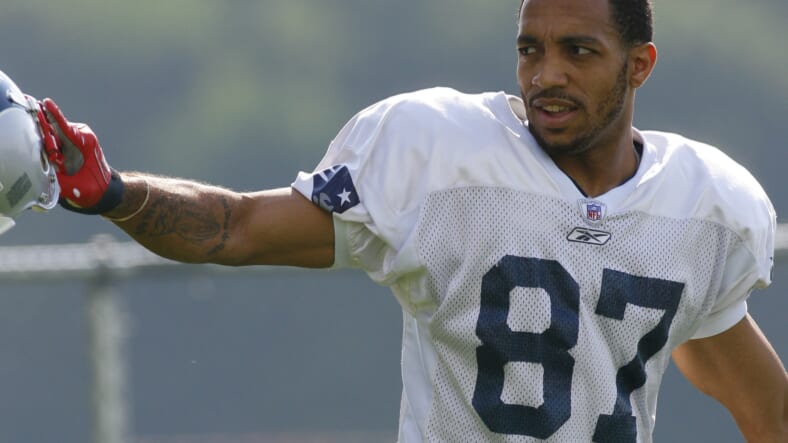 Former NFL wide received Donald ‘Reche’ Caldwell was killed in Tampa Bay, Florida, on Saturday. TMZ confirmed the news of his untimely death by word of his mother.

According to ESPN, officials ruled Caldwell’s death a homicide, but other details have yet to be disclosed. Caldwell was 41 years old.

After completing a standout college career including capturing a national championship with the Florida Gators, Caldwell was drafted by the San Diego Chargers in 2002. He went on to play seven seasons in the league with his best season coming in 2006 during his stint with the New England Patriots when he led the team with 760 receiving yards.

We are deeply saddened by the loss of former Gator WR Reche Caldwell.

Our thoughts and prayers are with him and his family. pic.twitter.com/J86KUj7yEw

Former Pro Bowl receiver Wes Welker, who was Caldwell’s teammate with both the Chargers and Patriots, tweeted his condolences after hearing of the incident.

“Reche’s smile and attitude were contagious! My thoughts and prayers go out to Bubba Caldwell and his family!” he wrote.

So sad to hear this! Reche’s smile and attitude were contagious! My thoughts and prayers go out to Bubba Caldwell and his family! https://t.co/CXBUdKGFJk

Retired wide receiver Donté Stallworth, who played against Caldwell in college and crossed paths with him while with the Patriots, also paid a tribute to the late player.

I played against Reche Caldwell in college, we were both c/o 2002, and spent time together on the 2007 Patriots. so many stories, but one thing you knew about Shady was he always smiling. here’s a 2002 rookie card we shared. RIP, good brother. ?? pic.twitter.com/HXUdoZdRXX

Caldwell last played in the NFL in 2007 as a member of the Washington Redskins. He failed to make the St. Louis Rams’ final roster in 2008.

Reche Caldwell #87 of the New England Patriots reaches for a pass in front of Kelvin Hayden #26 of the Indianapolis Colts during the AFC Championship Game on January 21, 2007 at the RCA Dome in Indianapolis, Indiana. (Photo by Jed Jacobsohn/Getty Images)

The former receiver had been going through hardships since he returned to his native Tampa Bay. He served 27 months in prison for drug possession with intent to sell in 2014. At the time of his death, he was awaiting sentencing after pleading guilty to conspiracy to commit health-care fraud with other former NFL players.

READ MORE: Drew Brees responds to Trump criticism: ‘This is not an issue about the American flag’

Caldwell’s brother, Andre “Bubba” Caldwell, who also played in the NFL, stated that Reche struggled to fill football’s void after he stopped playing.

“The way the game kicked him to the curb like an unwanted stepchild hurt him mentally and haunted him,” Caldwell told ESPN the Magazine.