Rudy Gay opens up about being racially profiled, NBA return

The NBA star is speaking out about protests surrounding the death of George Floyd and what to expect from the return of the basketball season. 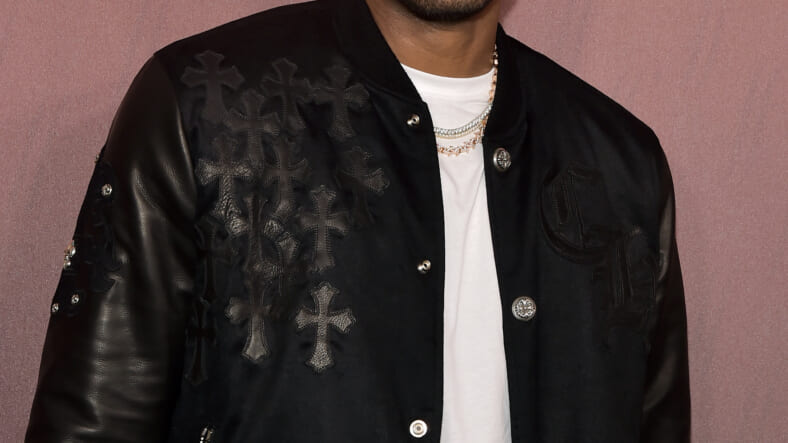 Rudy Gay is a 13-year NBA veteran and forward for the San Antonio Spurs, yet despite being a NBA Star and public figure, he said that does not exclude him from the hardships that come with being a Black man in America.

In an exclusive interview with theGrio, the athlete mentioned that no matter the fame and success his skin color will always be Black and that is the first thing people see. With the recent murders of George Floyd, Breonna Taylor and Ahmaud Arbery, Gay spoke about his initial feelings and even shared his own experience being racially profiled.

“To be honest with you, I didn’t think anything of it. I think that there’s a problem, and I had to really look inside myself and see why I’m so numb to another situation like this happening,” he explained on Friday, June 5. “I wouldn’t say I wasn’t mad. It was just like, ‘It happens all the time.’ Then looking inside myself and thinking–it’s like I shouldn’t have that kind of feeling towards it. This is a problem. It’s a problem that’s been happening. And I think that’s probably why I was so numb–its just been happening. It’s something we’re used to. You know, it’s a systemic problem, and it’s been like this for a long time.”

Gay went on to shared that he learned how he should operate around the police when he was a young boy growing up in Baltimore.

“Since I was young we’ve been known and always told to stay, do not mess with the police,” Gay said. “Do not do this because of the police. Do not go to this area because the police are different over there, you know. We found safety in not dealing with the law, which is supposed to be our safety net. So you know that there is a problem.” 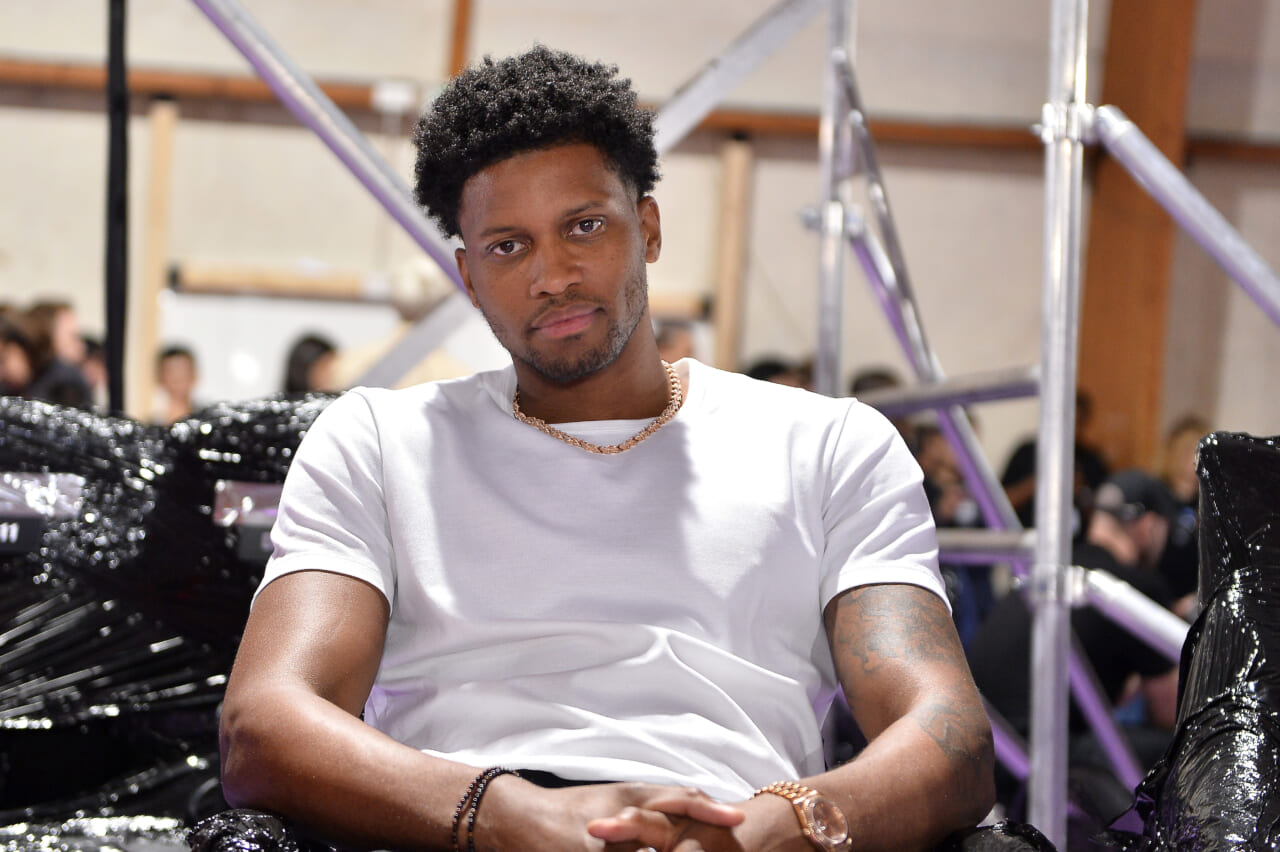 The NBA star revealed that he was racially profiled while playing for the Memphis Grizzlies, although this wasn’t the first and probably will not be the last time. The Baltimore native was coming back from an away game when he was pulled over.

“I can think of one time and, you know, I played in Memphis and Memphis is a great city. Don’t get me wrong. There are great police officers in Memphis. One of my, I say big brothers or mentors is a Memphis City police officer. But I remember coming back from an away game, and it was late at night and.. you know, I had a different kind of car than, let’s say, a normal Black person,” he explained. “So I was driving through an area, Memphis like a lot of cities, you know, you have to go through some some rough spots to get to different spots. I remember being stopped and asked why am I driving the car that I have. It kind of threw me back into like, ‘Wow, I’m not allowed to be successful and buy a nice car.’ And that’s that’s happened to me, I’d say over a handful of times.”

Gay also shared that as a father of two young boys and an uncle to his nephews he uses his experiences to help them hopefully avoid going through what he has been through. The athlete spoke on the importance of using his platform and stature, but making sure that his statements came with proper research and being able to truly find your voice.

The Spurs player is often seen giving back to his hometown of Baltimore through his foundation, The Flight 22 Foundation, executive directed by his sister, Yozmin Gay.

RELATED: The NFL says they were wrong about anthem protests

The two have created programs around leadership for kids, giving back to healthcare workers in the city of Baltimore, basketball camps, and the start of his own fitness club,  Pick Up USA- Towson. When asked what inspires him to give back the answer was simple: “What’s the point in experiencing things if you cant impact anybody else? You know, I’m not going to hold all this for myself.”

He further explained that there is a lot in the works for the foundation and he is excited to bring them to fruition. Rudy also shared with theGrio his feelings as the NBA season is set to make its return at the end of next month. 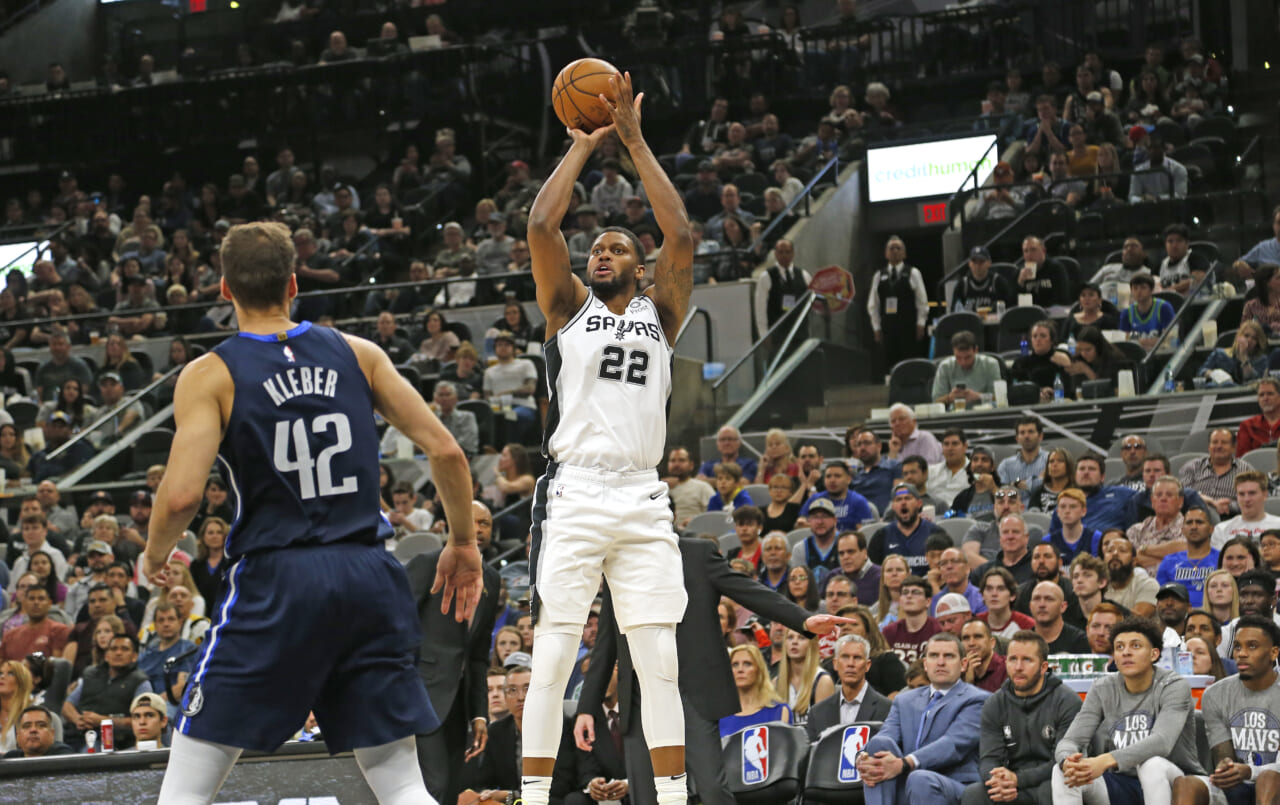 Rudy Gay #22 of the San Antonio Spurs shoots in front of Maxi Kiebber #42 of the Dallas Mavericks before a full crowd during second half action at AT&T Center on February 26, 2020 in San Antonio, Texas. San Antonio Spurs defeated the Dallas Mavericks 119-109. NOTE TO USER: User expressly acknowledges and agrees that , by downloading and or using this photograph, User is consenting to the terms and conditions of the Getty Images License Agreement. (Photo by Ronald Cortes/Getty Images)

The NBA officially made the announcement last Thursday that 2019-2020 will resume at the end of July in Orlando. The San Antonio Spurs will be joining 22 teams in Florida with a chance to place in the top 8 to go on off to the playoffs. The players are expected to stay in the bubble and not be allowed to leave the area for as long as their team is playing for the title.

“I mean, you know, every day I try to do something physically, but I don’t think people really understand how mental the game of basketball is,” Gay said about his return. “How mentally sharp you got to be just to go on a 12-day road trip or, you know, don’t be around the same people all the time.”

He added that the toughest part will be being away from his loved ones: “I think just being away from the family for so [long]. You know, actually not be able to see anybody and being in a bubble. We are used to, during July, this is our time to refresh our body and do everything and to having to flip that and now play during that time. It’s kind of weird.”

The post-season is expected to go until Mid-October with no word yet on when the next season will start.

The full interview with Gay can be found on our IGTV. To support his foundation visit “Flight 22 Foundation” on both Instagram and Facebook.

If you are based in the Baltimore area, Gay’s gym is located at 8855 Orchard Tree Lane, Towson, Maryland. For all things Rudy Gay, be sure to visit his Instagram to stay updated on his philanthropy, merchandise and more.