U.S. Marines bans depictions of confederate flag at its installations 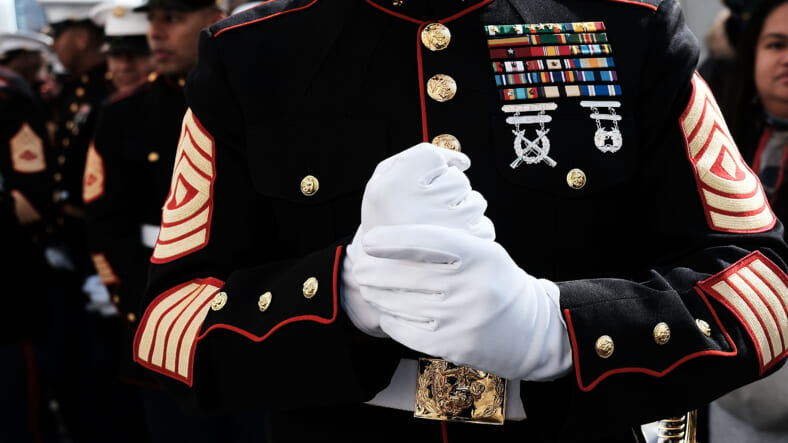 Amid the civil unrest and protests across the nation over racism and police brutality, the U.S. Marine Corps has announced a ban of all depictions of the Confederate battle flag at its installations.

This includes depictions on clothing, a flag, poster, bumper stickers, and mugs, Yahoo reports. Exempt from the ban are educational materials and works of art or historical displays of the Civil War where the flag is featured but not the main focus.

The ban does not apply to state flags that include the Confederate battle flag, like Mississippi, the report states.

“The Confederate battle flag has all too often been co-opted by violent extremist and racist groups whose divisive beliefs have no place in our Corps,” a statement from the Marine Corps on Friday read. “Our history as a nation, and events like the violence in Charlottesville in 2017, highlight the divisiveness the use of the Confederate battle flag has had on our society.”

The U.S. Marine Corps shared a post on Twitter noting details on the ban. The guidelines define the flag as the ensign “carried by Confederate armies during the Civil War, most notably by the army of northern Virginia, but also was carried by other Confederate states’ armies.”

Today, the Marine Corps released guidance on the removal of public displays of the Confederate battle flag.

The ban of the Confederate battle flag was first announced in February 2020 but details wear not made clear at the time as to what paraphernalia was included. Friday’s statement is the first to breakdown the specifics.

“Current events are a stark reminder that it is not enough for us to remove symbols that cause division — rather, we also must strive to eliminate division itself,” the commandant of the Marine Corps, Gen. David Berger, said in a statement Wednesday.

As noted by Newsweek, Berger previously told Military.com, “things that divide us are not good… When on government property, we have to think as a unit and how to build a team, a cohesive team.”

The ban was enacted “to support our core values, ensure unit cohesion and security, and preserve good order and discipline.”

Meanwhile, the protests sparked by Floyd’s death have prompted city officials in Virginia and Indiana to remove Confederate statues from public areas, including the statue of Gen. Robert E. Lee in Richmond, the capital of the Confederacy.