The barricade has become adorned with messages of support and remembrance dedicated to the Black lives lost to violence.

Signs left by protesters on the fence that is preventing them from getting into Lafayette Park across the street from the White House during protests over the death of George Floyd on June 7, 2020 in Washington, D.C. (Photo by Samuel Corum/Getty Images)

As protestors continue to take the streets of Washington D.C., their messages demanding justice and freedom boldly drawn on cardboard and poster paper adorn the new White House fence.

According to CNN, the newly built barricade, an extra protective measure that was added to keep concerned citizens away from the executive mansion, started out with protest signs and evolved into a memorial for the people whose lives were lost at the hands of police officers.

Balloons are placed at the fence for Breonna Taylor, a 26-year-old woman who was shot and killed by Lousiville police. Paintings of George Floyd and Emmitt Till are also displayed on the railing. Imagery in remembrance of these Black lives is surrounded by posters with messages supporting impeachment, defunding police, and criminal justice reform. 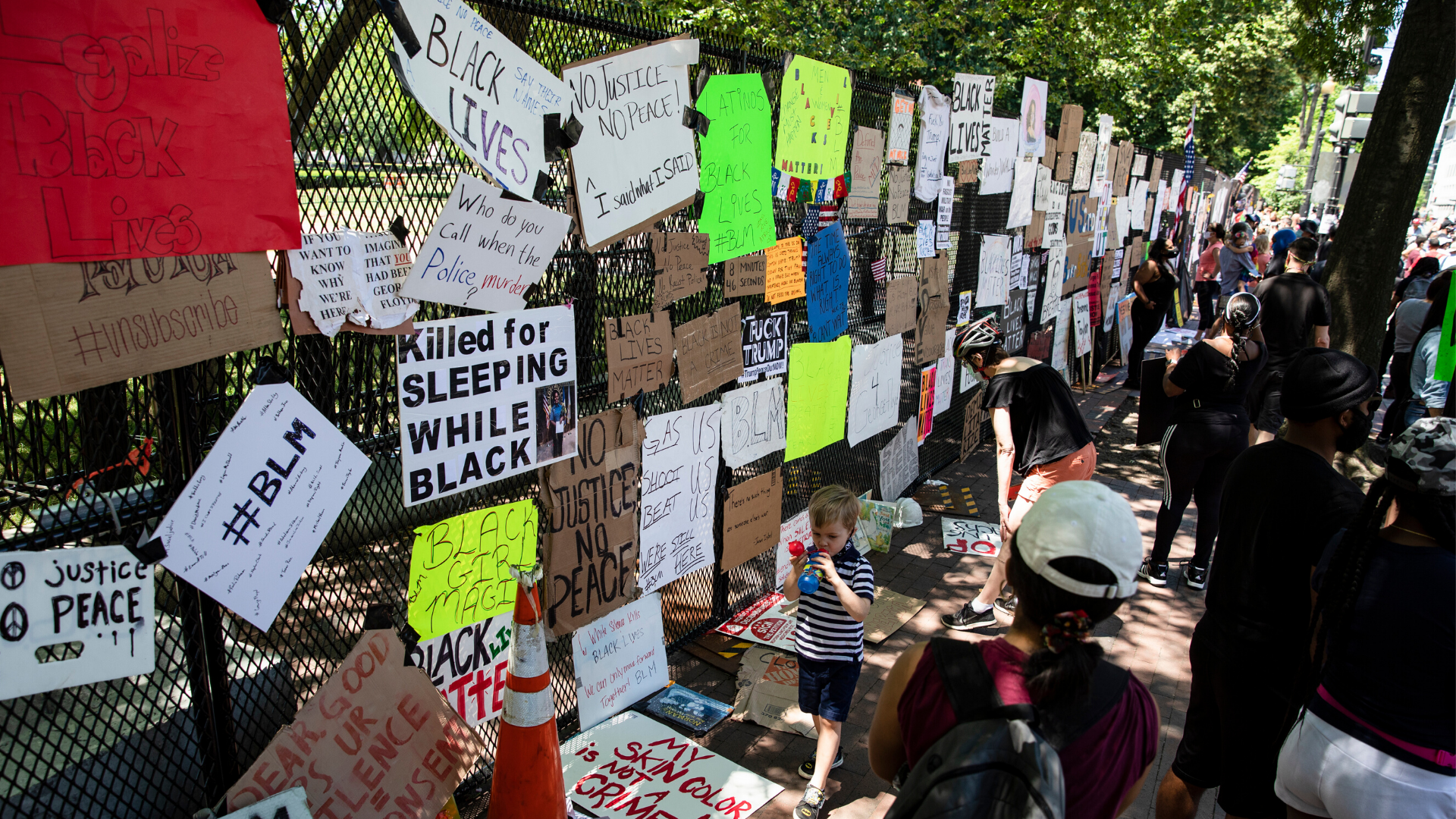 WASHINGTON, DC – JUNE 07: People read signs left by protesters on the fence that is preventing them from getting into Lafayette Park across the street from the White House during protests over the death of George Floyd on June 7, 2020 in Washington, D.C. This is the 13th day of protests since George Floyd died in Minneapolis police custody on May 25. (Photo by Samuel Corum/Getty Images)

For activists and organizers, the fight continues as goals are set. Protests continue globally as humans remain fed-up and finished with systemic racism and anti-Blackness. Across the world, protestors gather by the thousands, tearing down statues honoring racist pasts, chanting “Black lives matter” and offering support for the families of Floyd, Taylor, and more.

Many celebrities, including rappers Kanye West and Jay-Z, have assisted the families as they fight for justice. Major businesses are even joining in, offering public statements of support to the Black Lives Matter movement and donations to Black and minority centered organizations.