Recording Academy has announced numerous changes to its Grammy Awards and nominations process. 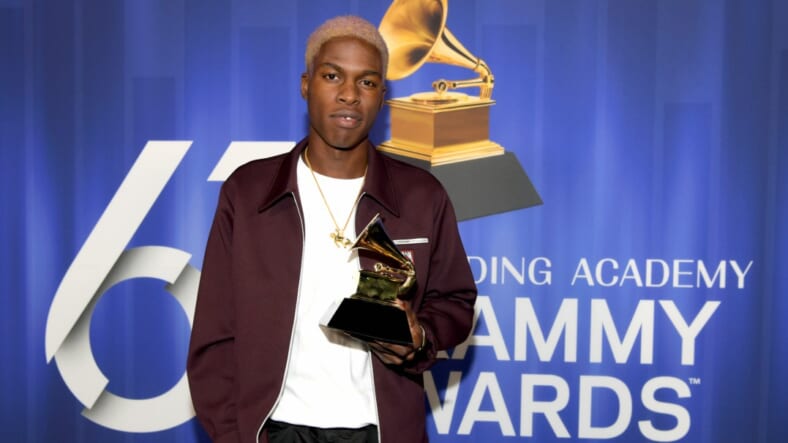 Daniel Caesar poses with his award at the 61st Annual GRAMMY Awards Premiere Ceremony at Microsoft Theater on February 10, 2019 in Los Angeles, California. (Photo by Emma McIntyre/Getty Images for The Recording Academy)

The Recording Academy has announced several changes to the rules and guidelines for the 63rd Grammys, set to take place on January 31st 2021.

Among the nine key changes to its awards and nomination process is the renaming of the “Best Urban Contemporary Album” category to “Best Progressive R&B Album,” Billboard reports.

The move comes after several Black executives and artists such as Erykah Badu and Tyler the Creator called out the organization over the antiquated  “Urban” word being used to describe Black music.

The “Best Urban Contemporary Album” category was added into the Grammys in 2012, and it has since been the subject of debate and criticism, with many deeming it racist and incentive.

READ MORE: Alicia Keys tells Ellen DeGeneres she had mere minutes to prepare for Kobe Bryant tribute at the Grammys

Major changes have been made to several rules and guidelines that reflect the ongoing commitment to evolve with the musical landscape and to ensure that the #GRAMMYs nominating process and rules are more transparent and fair. https://t.co/28eho91Z1u

The Academy said in a statement that the newly renamed category should “highlight albums that include the more progressive elements of R&B and may include samples and elements of hip-hop, rap, dance, and electronic music.”

Recording Academy chair and interim CEO Harvey Mason Jr. said the future of the awards show must “reflect the current state of the music industry”

“We’re constantly evaluating our Awards process and evolving it to ensure the Grammy Awards are inclusive and reflect the current state of the music industry,”  said Mason Jr. of the amended rules.

“Each year, we receive a number of rule change proposals from artists, producers and songwriters asking us to reevaluate our process,” Chief Awards Officer Bill Freimuth added.

The Black Music Coalition are calling for changes in the #music industry there, including career development for Black staff, bias training in offices, as well as the removal of the term "#Urban" in industry terminology. https://t.co/0Jdpj9K5k8

“It feels good to move forward from the word ‘urban’ and embrace a more inclusive future,” Chris McClenney of the Los Angeles chapter said. He co-authored the proposal for the category name change along with Ivan Barias (Philadelphia chapter trustee) and Kokayi Walker (Washington, D.C. chapter trustee).

Some industry veterans, however, caution that omitting the “Urban” word could present further challenges for Black artists and music executives.

“Some, including the younger executives, see the term ‘urban’ as a ceiling for growth beyond the format, marginalizing black executives within the hierarchy of the business,” said Thea Mitchem, EVP of programming for leading radio conglomerate iHeartMedia. “However — if you eliminate the word, does that stop the marginalization of black executives or does it exacerbate the situation?”

Meanwhile, in an effort to be more transparent, the Recording Academy has made the official Grammy Awards Rulebook available for the first time ever on Grammy.com