The original prenup was not generous to Melania Trump, but she was able to secure a bigger bag following her husband's 2016 presidential win.

A new book claims Melania Trump delayed her move to the White House after her husband’s surprise victory in November 2016 because she was renegotiating their prenuptial agreement.

In “The Art of Her Deal: The Untold Story of Melania Trump,” Mary Jordan, a reporter for The Washington Post, details why the first lady was able “to amend her financial arrangement with Trump — what Melania referred to as ‘taking care of Barron,’” she wrote, according to The Post.

“She wanted proof in writing that when it came to financial opportunities and inheritance, Barron would be treated as more of an equal to Trump’s oldest three children,” Jordan added.

The book notes that the original prenup was not especially generous to Mrs. Trump, but she was able to secure a bigger bag after reports emerged about her husband’s alleged infidelities during his 2016 presidential campaign. 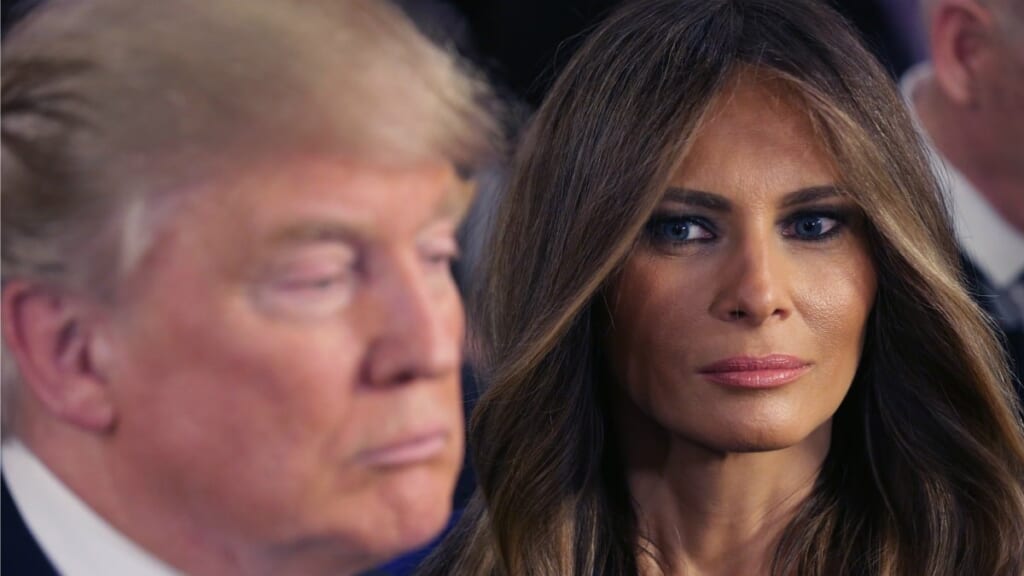 Most notably, the former model is said to have been quite distraught over audio of Trump bragging to “Access Hollywood” reporter Billy Bush about grabbing women by their genitals.

Following Donald Trump’s 2016 White House win, his wife publicly claimed that she was waiting until the end of Baron’s school year to move to Washington. But behind the scenes, insiders interviewed for the book allege she was actually plotting her financial future after being hit with the cold hard truth about the state of her marriage.

Today I spoke w/ @FirstLadyNJ about our shared commitment to children’s health. Pleased to learn more about #NurtureNJ, an awareness campaign to help reduce infant & maternal mortality, esp for African-Americans & ensure equity in care for all. #BeBest

The first lady and Baron eventually settled into the White House in early June 2017 and the book notes that she seemed happier by the following year.

“According to three people close to Trump, a key reason was that she had finally reached a new and significantly improved financial agreement with Trump, which had left her in a noticeably better financial position,” Jordan wrote. “Those sources did not know precisely what she sought, but it was not simply more money.”

Meanwhile, Stephanie Grisham, a spokeswoman for the first lady, has slammed Jordan’s tale, describing it as “Yet another book about Mrs. Trump with false information and sources,” she said in an emailed statement.

“This book belongs in the fiction genre,” she added.