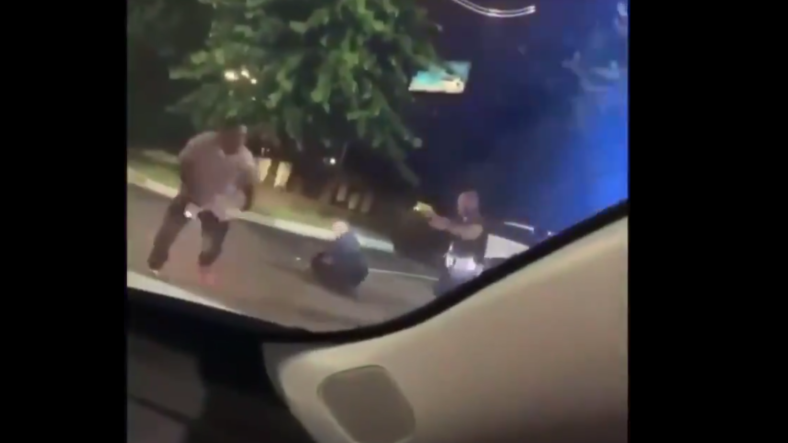 Atlanta police attempt to detain Rayshard Brooks in a Wendy’s parking lot before shooting the 27-year-old Black man as he attempted to flee.

Atlanta police shot and killed a Black man during an altercation in a Wendy’s parking lot Friday night, according to the Georgia Bureau of Investigation.

The man, identified as 27-year-old Rayshard Brooks, was shot after he ran away from two officers who attempted to detain him, The Atlanta Journal-Constitution reports. Brooks was shot in the back, according to TMZ, who published a video of the confrontation.

The two officers on the scene were responding to a call that Brooks allegedly had fallen asleep in the drive-thru of the fast-food restaurant, blocking other cars. After administering a sobriety test, the police proceeded to arrest the motorist after he failed.

Such as the case of George Floyd and Ahmaud Arber, video footage of the incident captured by a bystander in a car has since spread on social media.

As seen in the video of the arrest, a skirmish between Brooks and officers took place for nearly half a minute. Brooks managed to get free from the officers and tried to flee.

One officer then fired a taser at him. As Brooks continued to run away, three gunshots were fired into his back.

Brooks was taken to the hospital, but died during surgery. The video was captured by a citizen in a car of the Wendy’s parking lot.

The GBI released a statement regarding the investigation.

“The GBI is investigating an OIS involving one male subject & Atlanta Police Officers. The subject is deceased. One officer was treated for an injury and released from the hospital,” the agency said in a tweet.

The GBI is investigating an OIS involving one male subject & Atlanta Police Officers. The subject is deceased. One officer was treated for an injury and released from the hospital.

“After failing the test, the officers attempted to place the male subject into custody,” GBI spokesman Nelly Miles said, the AJC reports. “During the arrest, the male subject resisted and a struggle ensued. The officer deployed a Taser.”

Police say Brooks took the taser from the officer before being shot. The shooting occurred out of sight of the cellphone footage circulating the web.

According to TMZ, this is the 48th police-related shooting to be investigated by the Georgia Bureau of Investigation in 2020.