Derrel Jazz Johnson   |
Tobias Harris #12 of the Philadelphia 76ers hugs his mother, Lisa Harris, and his father, Torrell Harris, watches after the game against the San Antonio Spurs at the Wells Fargo Center on November 22, 2019 in Philadelphia, Pennsylvania. (Photo by Cameron Pollack/Getty Images)

NBA players get plenty of attention from the media, but what about the men who raised these strong and accomplished men?

In advance of Father’s Day, theGrio spoke exclusively to three fathers of NBA players to discuss several topics, including what they have taught their children about racism, how they handle criticism of their children, advice for fathers raising Black children, and more.

READ MORE: What I learned about grief on my first Father’s Day as an angel parent

“Being African-American, you have to work twice as hard being that this world is not equal, so you have to be a perfectionist of whatever you do,” said Torrel Harris, father of Philadelphia 76ers player Tobias Harris, and his other children Terry, Tesia, Tori, Torrel Jr., and Tyler, and CEO of Unique Sports Management International, a boutique sports agency.

“You should treat all people with love and respect.” 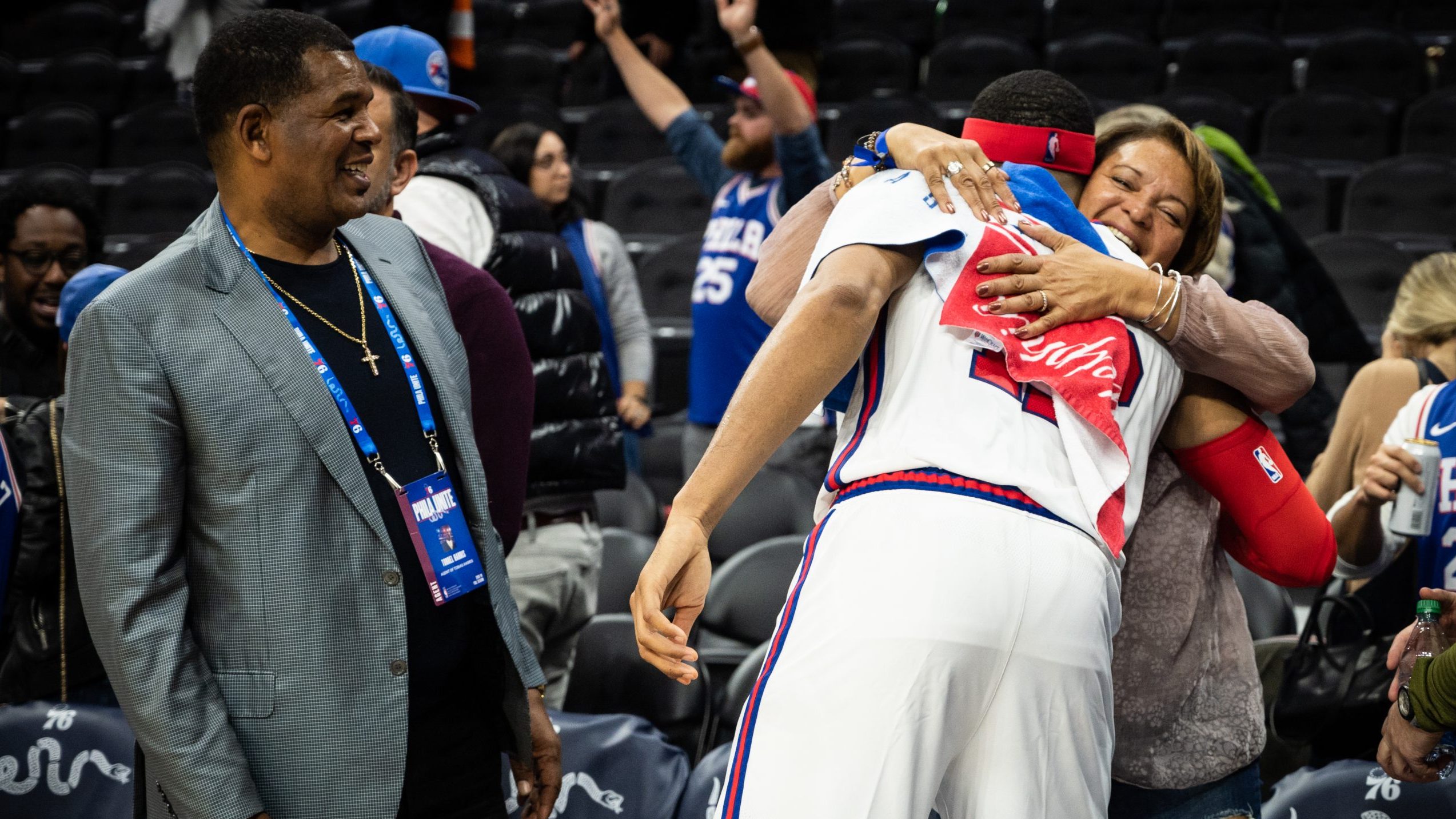 Tobias Harris #12 of the Philadelphia 76ers hugs his mother, Lisa Harris, and his father, Torrell Harris, watches after the game against the San Antonio Spurs at the Wells Fargo Center on November 22, 2019 in Philadelphia, Pennsylvania. (Photo by Cameron Pollack/Getty Images)

“I spoke to Kelly recently, within the last week that the approach that he could take to all of (the racism) is to dig into history, pre-slavery, to get a fuller picture and to answer some of the things in his mind,” said Kelly Oubre, Sr., father of Kelly Oubre, Jr. of the Phoenix Suns, and president of BeastDevelopMental, a consulting service aimed at setting young athletes and their families up for success.

“I encourage him to study our existence in America, pre-slavery, because Black people have left history in every corner of the earth, and that is largely suppressed.” 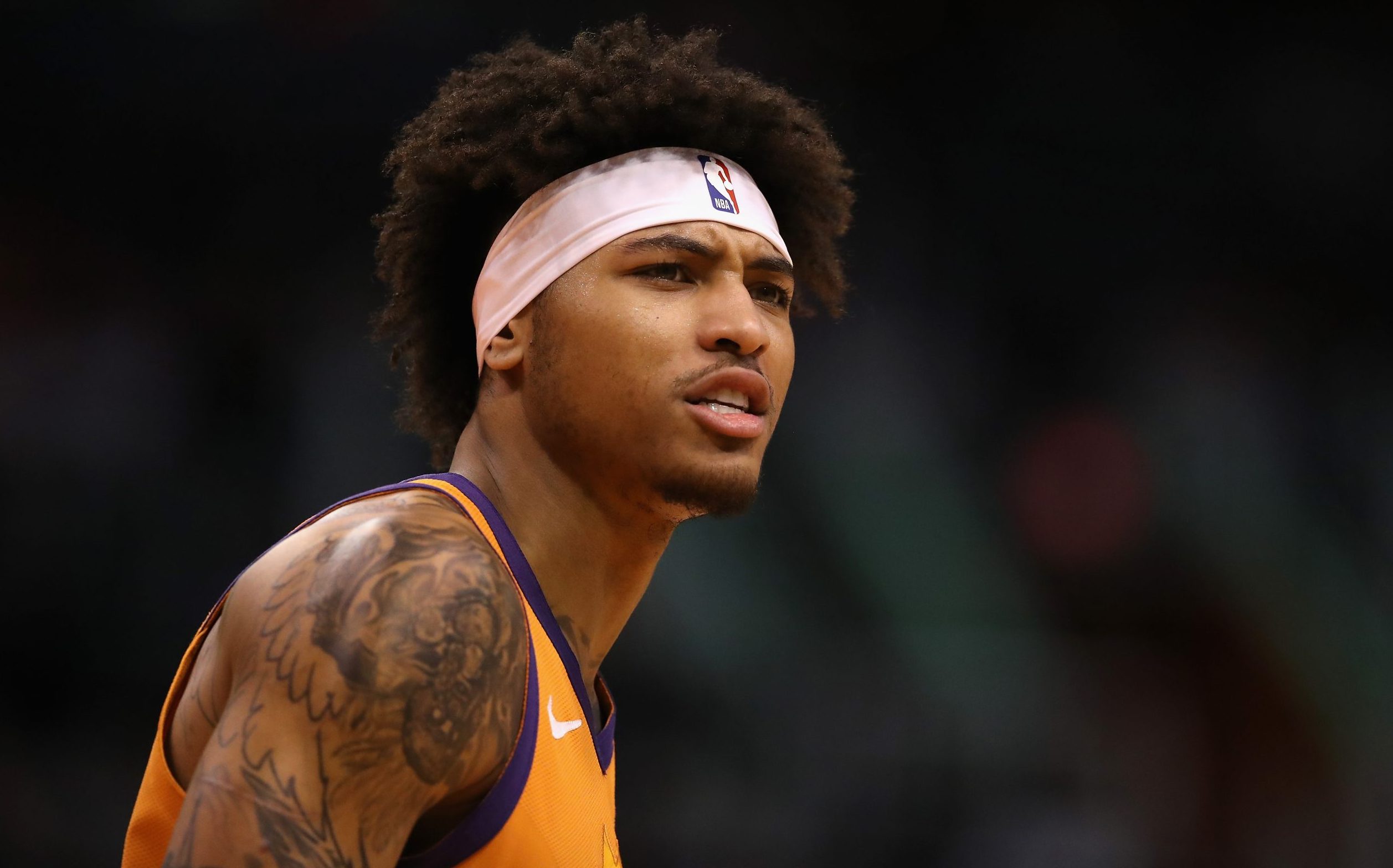 Kelly Oubre Jr. #3 of the Phoenix Suns during the first half of the NBA game against the Houston Rockets at Talking Stick Resort Arena on February 07, 2020 in Phoenix, Arizona. (Photo by Christian Petersen/Getty Images)

“When you have a daughter, you have them believe that they have an opportunity just like everyone else, get paid on a scale just like any man. But is that really true? You want them to understand their rights as women and as Americans.”

Happy birthday to this guy! Put the ball in my hand, but most importantly put the tools in my head…taught me so much about life and I'm forever grateful…love you dad

“To ignore the word no,” Oubre, Sr. said, adding that he taught his son to look at it as being just a matter of time before it turns to yes. “Be the guy who is always working on a solution, as opposed to being a part of the pity party.”

Oubre, Sr. also taught his son to be prepared, something he had to put into action as a result of Hurricane Katrina, when the father and son were forced to move to Houston, Texas. “I was ready for the moment to seize the opportunity,” Oubre Sr., explained. “Kelly is not a victim of anything and I’ve always stressed that to him. Just dig deep and find that positivity and try your best to uplift those around you.”

READ MORE: Remembering my father who died before he could accept his gay son

“Respect all people and treat people the way that you want to be treated,” Green, Sr. shared. “Know the difference between right and wrong and always fight for what’s right. Keep your faith and be a leader, not a follower.”

As children grow older and more successful, it may become harder to offer up advice. Luckily, none of the dads we spoke to have that problem.

“They know that what I and my wife Lisa tell them is the truth and that we love them,” Harris proudly states in regard to his children still receiving lessons from him.

“Kelly is a black belt in taekwondo. He earned it at an early age and that was by design. A lot of the journey is by design and that was part of the design because I knew if I prepared for tough times ahead, it would show him you can do this because you did that.”

The one thing that we practice is humility,” Green, Sr. said of teaching his children. “The more successful you become, the humbler you should be. You have to be strong in your convictions in what you believe. Always be supportive of your family members. Always be a thoughtful person and a good listener.” 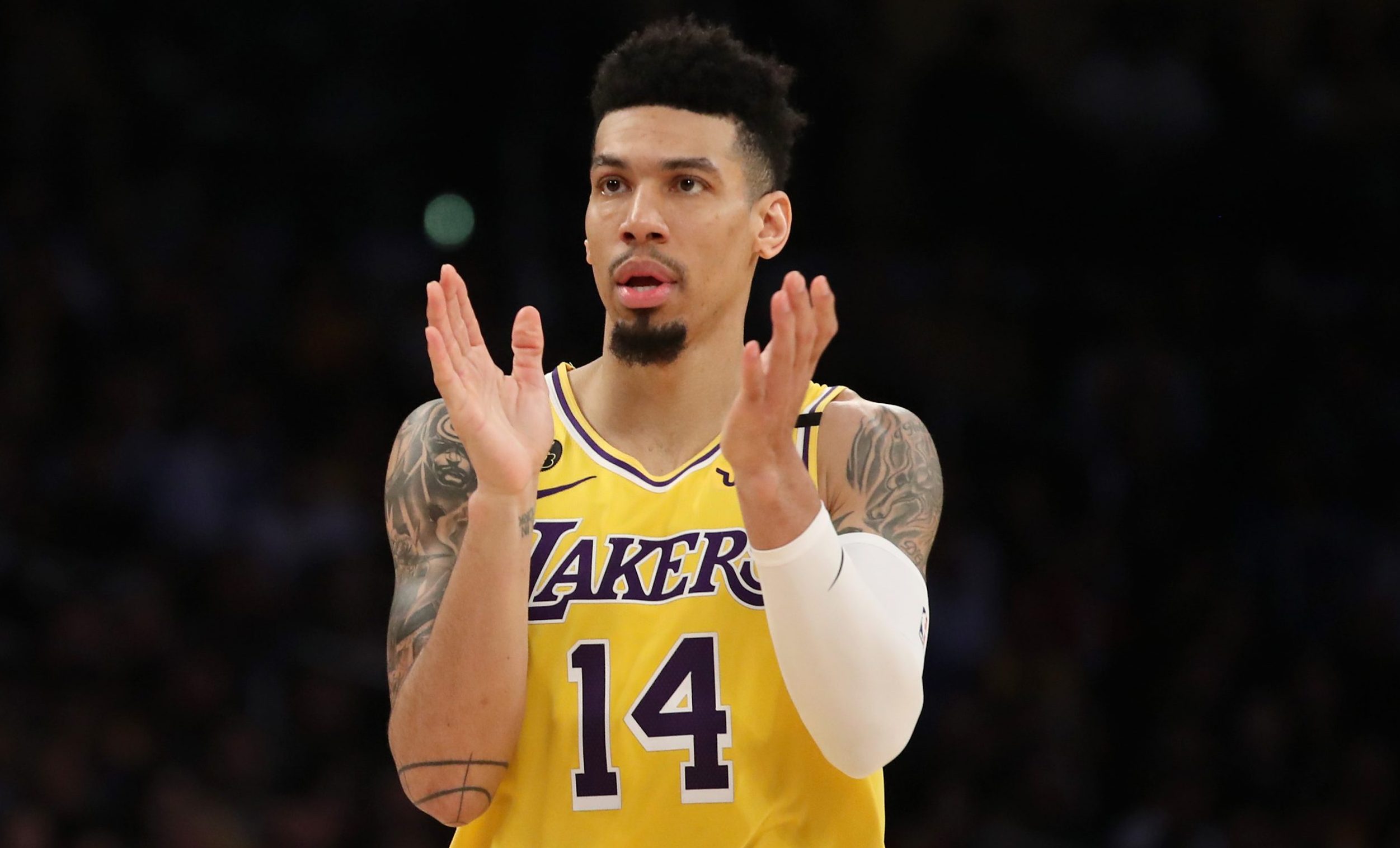 Danny Green #14 of the Los Angeles Lakers reacts to a play in a game against the New Orleans Pelicans during the second half at Staples Center on February 25, 2020 in Los Angeles, California. (Photo by Katelyn Mulcahy/Getty Images)

All children face criticism, but the more successful they become, the more criticism they faced. We asked the NBA dads how they handle it.

Harris walked us through a recent conversation he had with someone about one of his four sons. “He said ‘your son is such a great kid but he posted something I didn’t think was appropriate.’ I asked ‘you know my son posts a lot of positive pictures but I never hear you say anything positive, but you are always saying something negative about my son.”

Oubre, Sr. closely follows and welcomes criticism of his son.

“As I was developing my own blueprint, I intentionally followed my son with Google Alerts because I wanted to see what was said about my son and how he developed a thick skin,” Kelly, Sr. said in regard to criticism.

“A lot of times you get negative press, whether it be middle school, high school, college or the NBA. Houston was beautiful for that. I cut my teeth on the local media because, sadly enough, Kelly was never from Houston, Texas. He was from New Orleans and there were certain powers in those places that never wanted him or me to forget it. I embrace the criticism like I embrace the accolades.”

“You have to get a real thick skin,” Green, Sr. reasoned about criticism. “Sometimes you are sitting in the stands, and you hear some people say some things and they don’t realize that’s your kid. It used to get to me but not anymore.”

Finally, we asked all three fathers to share advice to fellow fathers or future fathers about raising Black children.

“Make sure your child understands the law and understands that Jesus is important in their life,” Harris shared. “Spend time with them, build a relationship with them. Be there for them every step of their journey in this world. Don’t put all emphasis on employment. Know that we have children and that’s a bigger commitment than working.”

“Opening that up to a young Black child would go a long way as they navigate their way through our modern-day America because America is a melting pot to a certain extent but when it comes to a Black child, it is almost like a melting pot that we can’t be a part of.”

“As you are a young parent, you learn a lot, and as you get older, you become wiser,” Green, Sr. says, who has both adult and non-adult children. “Be the best friend that you can be. Teach them to behave when you are not around like they do when you are.”