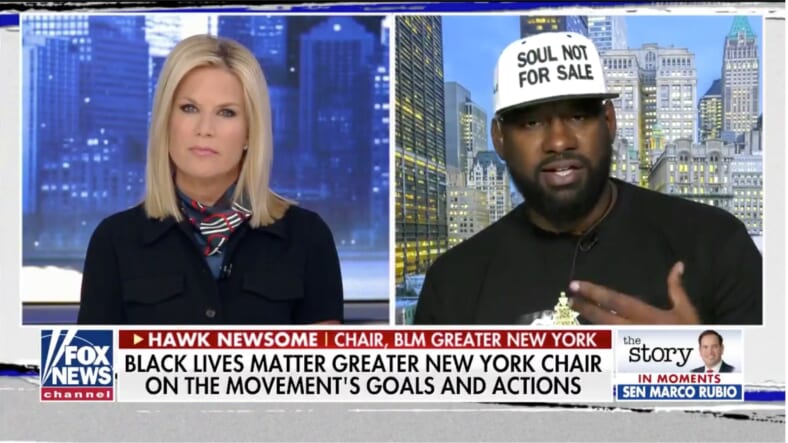 A Fox News host got more than she could handle when she had Greater New York Black Lives matter president Hank Newsome on her show.

Martha McCallum, host of the Fox news show The Story had Newsome on as a guest on Wednesday. 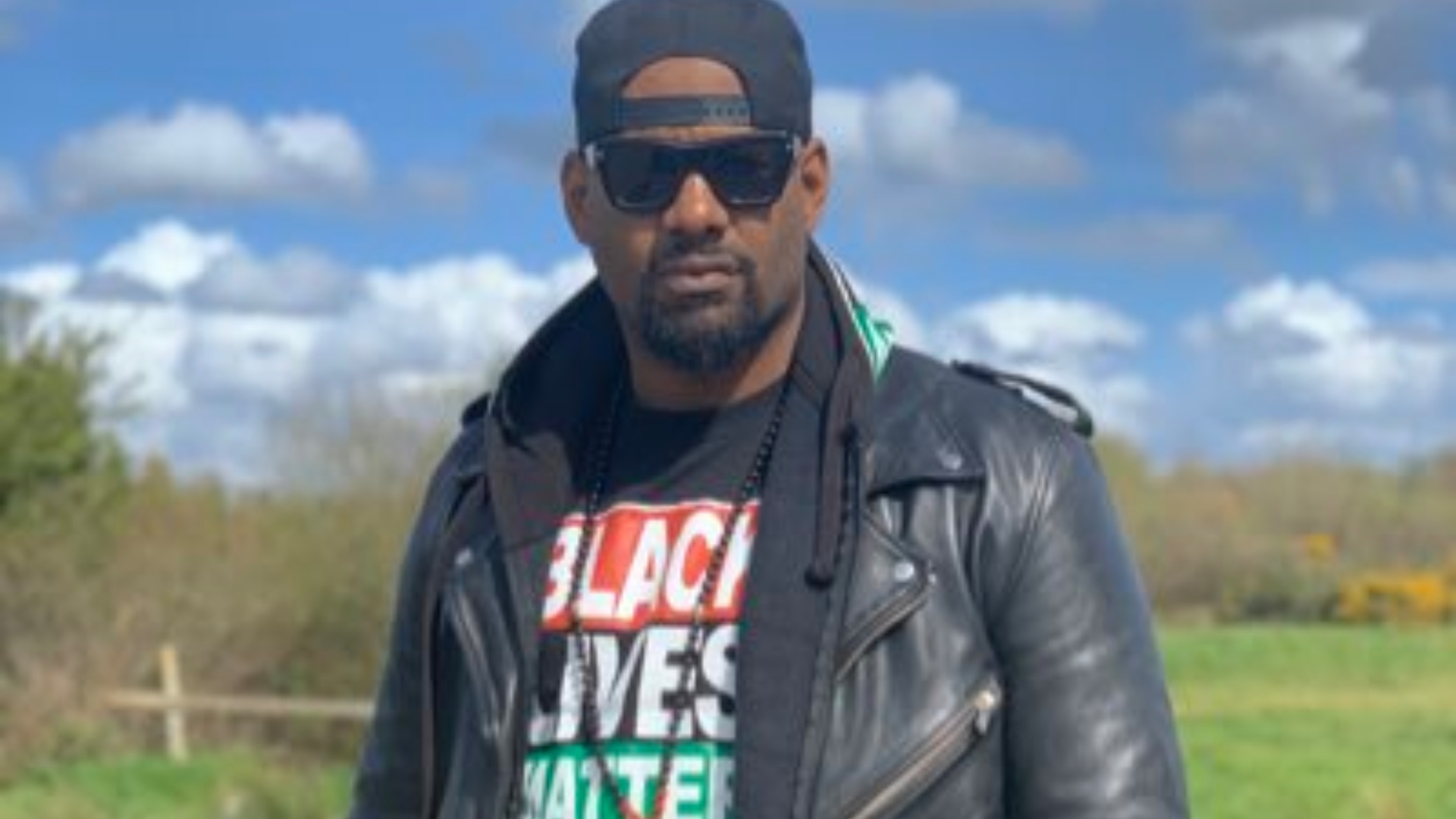 While Fox is often derided for their biased programming, they do have guests on to presumably present a differing viewpoint or to further explain their position on issues of politics and race. Newsome would appear to be in that category as he was asked to explain the goals of the Black Lives Matter movement.

McCallum started off by asking if the organization promoted violence.

“You … have said that violence is sometimes necessary in these situations. What exactly is it that you hope to achieve through violence?”

“Wow, it’s interesting that you would pose that question like that,” Newsome said. “Because this country is built upon violence. What was the American Revolution, what’s our diplomacy across the globe?

“We go in and we blow up countries and we replace their leaders with leaders who we like. So for any American to accuse us of being violent is extremely hypocritical.”

That was just the opening salvo. McCallum was seemingly taken aback when Newsome respectfully asked to be allowed to complete his explanation when McCallum raised her voice and interrupted him.

Newsome, who wore a ‘Soul Not for Sale’ hat on the show, continued to explain that the Black Lives Matter movement was based on “saving lives, and protecting lives and there’s nothing more American than that.”

He clarified his stance on violence saying, “If this country doesn’t give us what we want, then we will burn down this system and replace it. All right? And I could be speaking … figuratively. I could be speaking literally. It’s a matter of interpretation.”

McCallum was again nonplussed when she was asked about her support for the Second Amendment which gives Americans the right to bear arms. She evaded the question saying it was “not her place here” but did allow that it was a part of the U.S. constitution.

Newsome said while he didn’t condone nor condemn rioting, he did believe it was effective, citing the eight police officers who have been fired since the protests began after the death of George Floyd on Memorial Day.

“Nobody’s talking about ambushing police officers,” Newsome said. “We’re talking about protecting lives. There’s nothing more American than that. We talk about uplifting and upholding the Second Amendment but it seems to be the hypocrisy of America that when Black people start talking about arming themselves and defending themselves, [that] talk is ‘violent’. But when white people grab assault rifles and go to our nation’s, their state capitals, it’s all good.”

McCallum then used a Martin Luther King Jr. quote during his appearance at the Southern Christian Leadership Conference convention in 1967. He made the point that love overcomes all.

Newsome’s response to that seemed to fluster the host.

“I love the Lord and my Lord and savior,” Newsome said. “Jesus Christ is the most famous Black radical revolutionary in history. And he was treated just like Dr. King. He was arrested on occasion and he was also crucified or assassinated. This is what happens to black activists. We are killed by the government.”

McCallum, in response to Newsome’s direct question about Jesus’ ethnicity, allowed that as a man from the Middle East, he would have been Middle Eastern, but stopped short of agreeing that he was Black.

Watch the entire clip below: