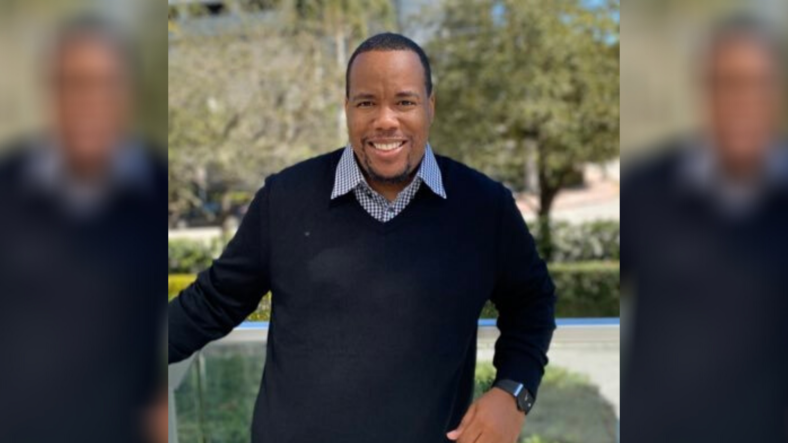 Complete with screenshots of inappropriate comments and stories of sickening propositions to unpaid Black women writers for the outlet, accusers have boldly brought to light all the dirty secrets of the site’s lead executive.

theGrio spoke exclusively with several of the accusers about the sexual harassment allegations, why they are speaking out now, and what they hope comes out of speaking up.

Sheena Quick, former BSO contributor who penned over 800 stories, and CEO and founder of Quick Out the Blocks, recalled on an incident where he harassed her.

During a training session over the phone in May 2016, Littal allegedly suggested that she show him her breasts if she made a certain number of mistakes in her pieces. But the sexual harassment didn’t stop there, she said.

“In February 2018, the week of the NFL Combine, he kept suggesting I needed to sleep with him,” Quick told theGrio.com. “It was the only NFL combine I have missed in the last five years because he made me feel uncomfortable.”

Quick posted a screenshot of the conversation.

I’ll preface this by saying that I went back and forth with myself on whether I was going to share my experience with @bso. I was afraid that it may jeopardize future opportunities and it’s sad that so many women are forced into silence because of this fear.

When people asked where she was, Quick kept the sexual harassment private. Instead, she chose to say that one of her three children was sick, using that as an excuse for her not attending the NFL Combine.

She was not the only person that took to social media with her #MeToo story.

Tamantha Gunn, who wrote over 1,000 pieces for BSO since 2015, and is currently a news editor for Revolt, shared troubling screenshots of unwanted conversations in the company’s group chat about her sex life. When a co-worker stood up for Gunn, that woman was removed from the group chat.

Receipt one: @bso called himself the “Overseer” and I immediately showed my discomfort with their comments pic.twitter.com/xdm6zXSxuo

This immediately impacted Gunn’s work at the outlet, and she reveals that she even questioned wanting to continue in the world of journalism.

The experience made her feel numb.

Gunn said, “Honestly, I didn’t know what to feel because I had never experienced anything like that before.”

After sharing what happened with her fiancé, who encouraged Gunn to speak out, she did. “I didn’t want Black women to keep writing for this man and keep getting violated,” she expressed.

Just like too many industries in this country, there are not a lot of opportunities for women in sports. There are even fewer breaks for Black women either in the industry or looking for their first opportunity.

This creates a perfect storm for sexual harassment. When it happens, far too many don’t speak out for fear of retribution and being black-listed in the industry. There are also far too many examples of it happening in the past to mention.

“Unfortunately, there are so many women that are faced with the tough dilemma of having to choose between either their self-respect and their career,“ Quick said.

She then added that she was afraid, even shaking while tweeting about her experiences with Littal Saturday night.

Her fear was with good reason. Quick shared a screenshot that alleges Littal helped stop her three children from being removed from her home, something she vehemently denies.

“I contributed to BSO multiple times daily from 2012 until around 2015 and sporadically from 2015 to 2018,” said Vashti Hurt, former BSO contributor and Founder and Editor in Chief of Carolina Blitz.

“From day one, I went full throttle, writing regularly to help build the BSO brand,” Hurt shared. “Even using my investment banker background to create business and marketing plans for the website.”

Hurt contends that there was no compensation for her expertise.

“I would travel to cover events for the BSO brand without travel expenses, oftentimes struggling financially to pursue my passion,” Hurt remembers.

What followed was simply exploitation.

“Rob knew how hungry we were to succeed in this industry as Black women, who are often overlooked and exploited,” said Hurt. “It was insulting to see him bragging about how much money he was making as the boss, while literally playing the role of the overseer behind the scenes I didn’t experience the professional growth he promised in exchange for free labor until I left the brand.”

Another troubling accusation came in the form of a Direct Message to Gunn from a woman who contributed to BSO who prefers to remain anonymous.

Just got this DM from a former worker of @bso who wanted to remain anonymous smfh. But he claims he’s putting on for minority writers/ reporters. BOY FUCK YOU! pic.twitter.com/ue5cSHn61O

The women continued to have people submit troubling screenshots.

He been a creep. pic.twitter.com/IGyqtBBivk

Actress and comedian Amanda Seales, who has a history with Littal, joined the conversation, admitting that she regrets over not suing him, and encouraging his accusers to take him to court.

May lying ass SEXUALLY HARASSING PIECE OF SHIT @RobertLittal burn in hell. You tried to ruin my credibility and still I rise. You, however, will crumble. The truth always comes to light. @Tamantha_5 You r brave and courageous ✊?❤️?? SHUT HIM DOWN. https://t.co/5BPULPnhN7

Without addressing the sexual harassment accusations or any of his accusers directly, Littal, clad in a Spider-Man t-shirt, apologized numerous times over nearly seven and a half minutes in a live video on Twitter.

After watching the video, Quick was not impressed.

“He brushed over the sexual harassment like it was no big deal,” she said. “I’d like for Rob to take accountability, and enroll in sensitivity training.”

“I’d like Rob to change the toxic culture around BSO and start paying for contributions or at minimum travel expenses,” Hurt said of what she hopes comes out of the allegations becoming public.

“I’d also like for there to be an overall culture change in sports journalism. I’d like to see the industry embrace women, Black women, and see value in our voices and experiences.”

Gunn had no plans to watch the apology, but shared what she wants to happen as a result of the allegations becoming public.

She also wants TMZ Sports to fire him from his co-hosting position.

“I don’t want him being in a position of power to affect Black women,” Gunn exclaimed.