The 2020 Black National Convention will take place Aug. 28 via a live broadcast

NEW YORK (AP) — Spurred by broad public support for the Black Lives Matter movement, thousands of Black activists from across the U.S. will hold a virtual convention in August to produce a new political agenda that seeks to build on the success of the protests that followed George Floyd’s death.

The 2020 Black National Convention will take place Aug. 28 via a live broadcast. It will feature conversations, performances and other events designed to develop a set of demands ahead of the November general election, according to a Wednesday announcement shared first with The Associated Press.

The convention is being organized by the Electoral Justice Project of the Movement for Black Lives, a coalition of more than 150 organizations. In 2016, the coalition released its “Vision for Black Lives” platform, which called for public divestment from mass incarceration and for adoption of policies that can improve conditions in Black America.

“What this convention will do is create a Black liberation agenda that is not a duplication of the Vision for Black Lives, but really is rooted as a set of demands for progress,” said Jessica Byrd, who leads the Electoral Justice Project.

At the end of the convention, participants will ratify a revised platform that will serve as a set of demands for the first 100 days of a new presidential administration, Byrd said. Participants also will have access to model state and local legislation.

“What we have the opportunity to do now, as this 50-state rebellion has provided the conditions for change, is to say, ‘You need to take action right this minute,’” Byrd said. “We’re going to set the benchmarks for what we believe progress is and make those known locally and federally.” 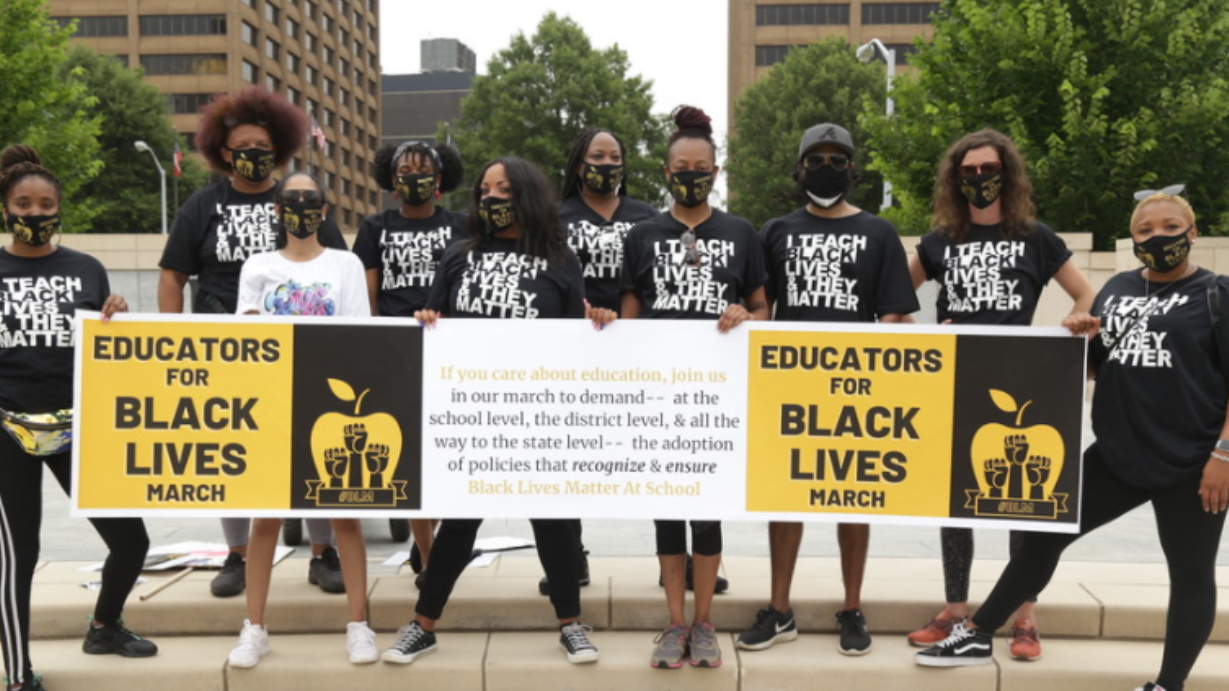 The convention was originally planned to happen in person, in Detroit, the nation’s Blackest major city. But as the coronavirus pandemic exploded in March, organizers quickly shifted to a virtual event, Byrd said. The first-ever Black Lives Matter convention was held in Cleveland in 2015.

Recent AP analysis of COVID-19 data shows Black people have made up a third of reported virus deaths.

Initial work to shape the new platform will take place Aug. 6 and 7, during a smaller so-called People’s Convention that will virtually convene hundreds of delegates from Black-led advocacy groups. The process will be similar to one that produced the first platform, which included early iterations of the demand to defund police that now drives many demonstrations.

Other platform demands, such as ending cash bail, reducing pretrial detention and scrapping discriminatory risk-assessment tools used in criminal courts, have become official policy in a handful of local criminal justice systems around the U.S.

Cliff Albright, co-founder of Black Voters Matter, which organizes in 15 states, said the 2020 Black National Convention will deepen the solutions to systemic racism and create more alignment within the movement.

“We’re in this stage now where we’re getting more specific about how all of this is connected to our local organizing,” Albright said. “The hope is that, when people leave the convention, they leave with greater clarity, more resources, connectivity and energy.”

The coalition behind the convention includes Color of Change, BYP100, Dream Defenders and the Black Lives Matter Global Network, which has 16 official chapters nationwide.

That convention came after several tumultuous years that included the assassinations of Malcolm X and the Rev. Martin Luther King Jr. and outbreaks of civil unrest, all of which were seen as blows to the civil rights movement.

The upcoming convention builds on more than century of Black political organizing.

In 1905, civil rights activist and scholar W.E.B. Du Bois formed the Niagara Movement after a national conference of Black leaders near Buffalo, New York. In a written address to the country, du Bois and others decried the rise of institutionalized racial inequality in voting, criminal justice systems and public education. 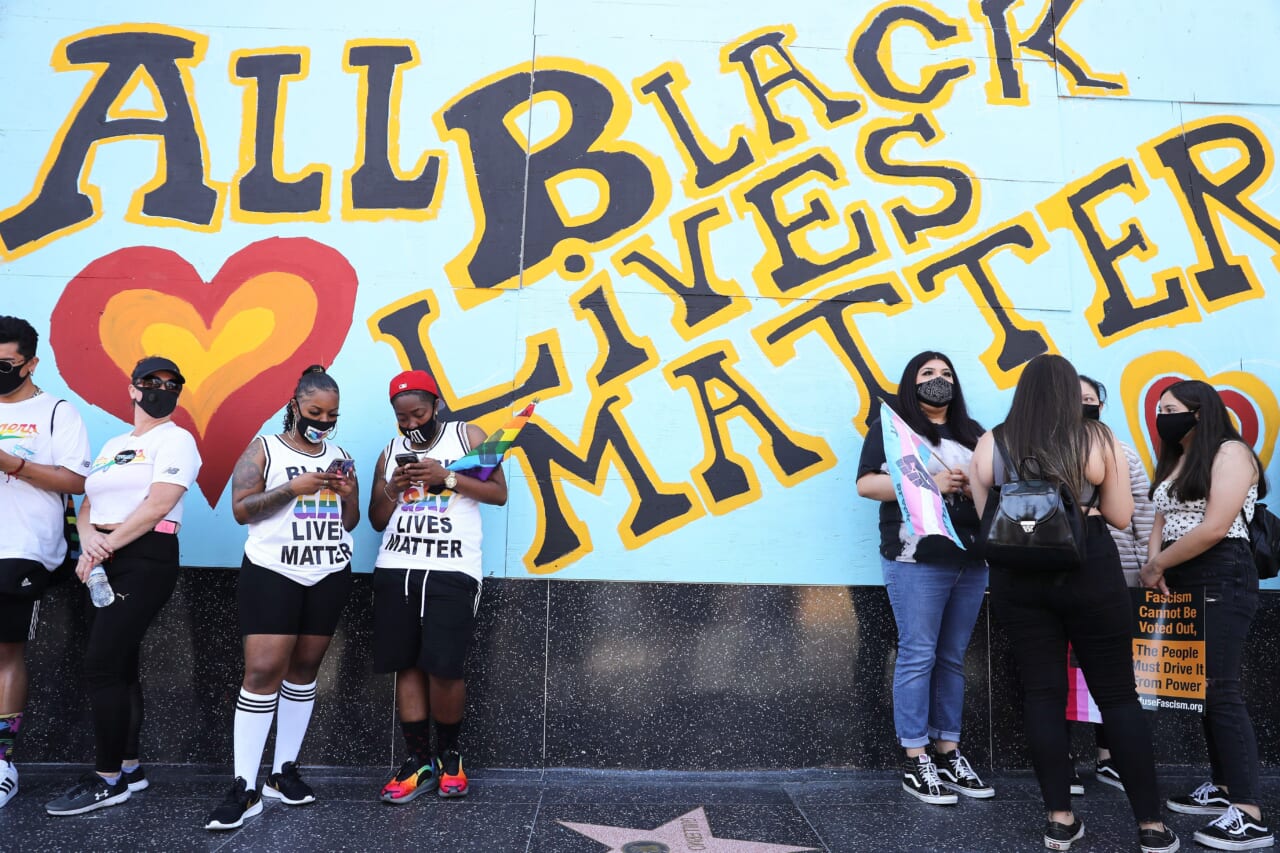 In the 1950s, William Patterson, founder of the now-defunct Civil Rights Congress, led the effort to charge the U.S. with genocide of African Americans using legal standards set by the United Nation. The resulting petition, “We Charge Genocide,” is an oft-cited document in conversations about fatal shootings of Black people by police in the U.S.

And in 1998, organizers of the Black Radical Congress in Chicago met to strategize ways to beat back attacks on affirmative action policies that helped to diversify higher education and other facets of American life.

Like any large political gathering, consensus is not guaranteed. The National Black Political Convention caused divisions between participating organizations over the Black agenda’s position on busing to integrate public schools and statements on global affairs that some viewed as anti-Israel. Ultimately, the agenda prompted a leader of the NAACP, the nation’s oldest civil rights organization, to sever ties with the convention.

Somewhat similarly, the Vision for Black Lives platform and its characterization of Israel as an “apartheid state” committing mass murder against Palestinian people drew allegations of anti-Semitism from a handful of Jewish groups, which had otherwise been supportive the Black Lives Matter movement.

The Black Lives Matter movement’s coalition has more than doubled in size in the years since the first platform, largely because of organizers’ laser focus on issues central to Black freedom, Byrd said.

The August convention will happen on the same day as a commemorative, in-person march on Washington that is being organized by Sharpton, who announced the march during a memorial service for Floyd, a Black man who died May 25 after a white Minneapolis police officer held a knee to his neck.

The Black National Convention will broadcast after the march, Byrd said.

August “is going to be a huge month of Black engagement,” she said.