Bubba Wallace issued a statement that “love wins” after President Donald Trump demanded an apology from the only full-time Black NASCAR driver over the recent noose incident.

Wallace addressed his message to the next generation, declaring that words and actions will always be held to a high standard. He wrote that its what he learned early on in life.

To the next generation and little ones following my foot steps..#LoveWins pic.twitter.com/tVaV3pkdLe

“You learn them from trials and tribulations, the ups and downs this crazy world provides. You will always have people testing you. Seeing if they can knock you off your pedestal. I encourage you to keep your head held high and walk proudly on the path you have chosen,” he wrote.

“Never let anybody tell you you can’t do something! God put us all here for a reason. Find that reason and be proud of it and work your tails off every day towards it! All the haters are doing is elevating your voice and platform to greater heights!”

He encouraged people to overcome hate even if it comes from the president of the Untied States.

“Last thing, always deal with the hate being thrown at you with love! Love over hate every day. Love should come naturally as people are taught to hate,” he continued.

“Even when it’s hate from the POTUS. Love wins.”

Earlier in the morning, Trump took to his favorite medium on Monday—Twitter—to call into question the incident that took place last month. A noose was found in Wallace’s garage stall by a team crew member and it led to the FBI getting involved. They ultimately concluded that the noose had been there since last year and that Wallace wasn’t the intended victim of any hate crime. 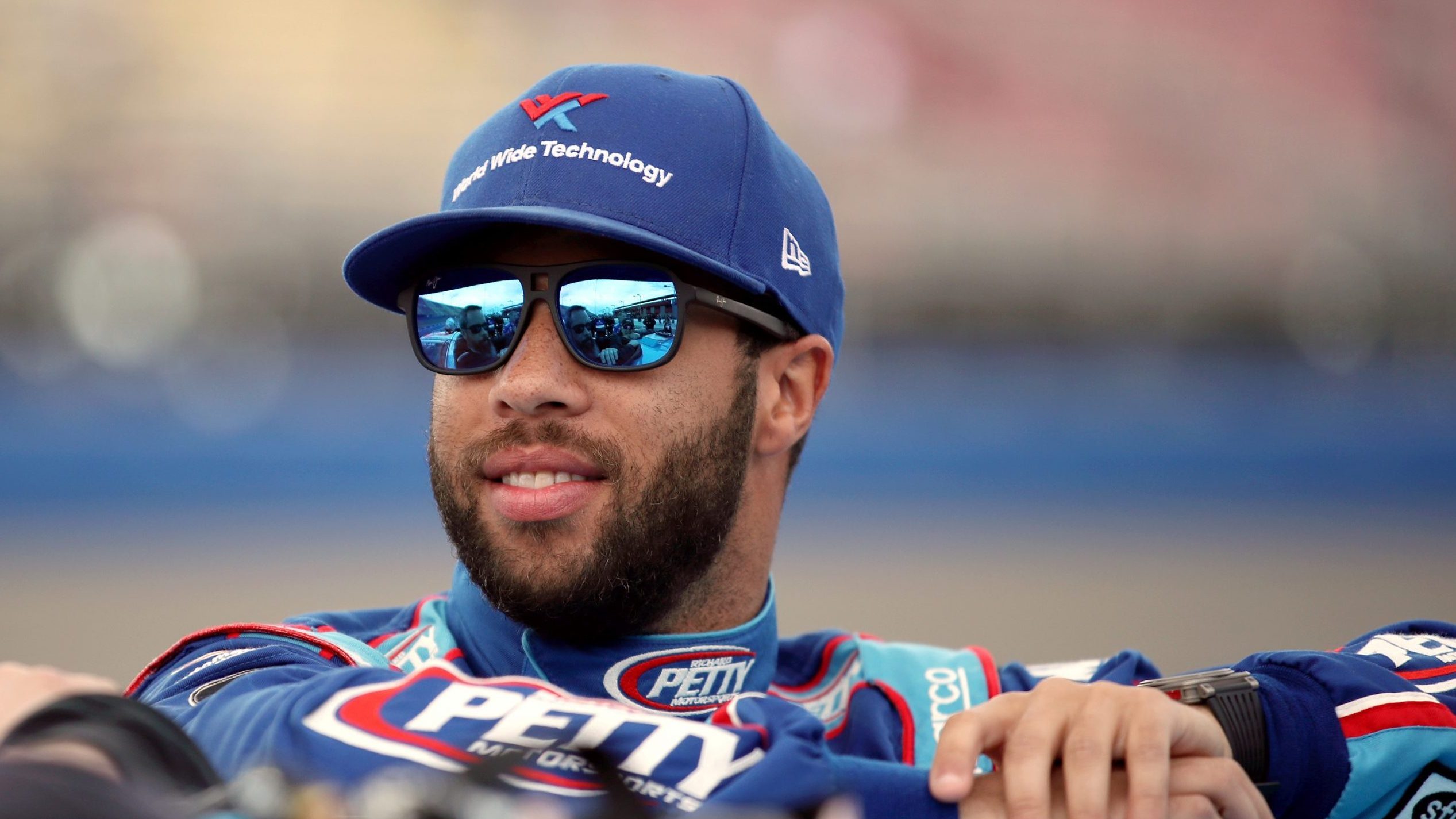 Bubba Wallace stands by his car before qualifying for the NASCAR Cup Series Auto Club 400 at Auto Club Speedway on February 29, 2020 in Fontana, California. (Photo by Katelyn Mulcahy/Getty Images)

Trump flirted with the possibility that it was a “hoax” and that NASCAR was in the wrong for banning Confederate flags at their games.

Has @BubbaWallace apologized to all of those great NASCAR drivers & officials who came to his aid, stood by his side, & were willing to sacrifice everything for him, only to find out that the whole thing was just another HOAX? That & Flag decision has caused lowest ratings EVER!

“Has @BubbaWallace apologized to all of those great NASCAR drivers & officials who came to his aid, stood by his side, & were willing to sacrifice everything for him, only to find out that the whole thing was just another HOAX? That & Flag decision has caused lowest ratings EVER!,” the president tweeted.

Wallace has not responded to Trump’s comments but he was not without support. NASCAR driver Tyler Reddick tweeted that Wallace did not owe Trump or anyone else an apology.

“We did what was right and we will do just fine without your support,” he tweeted, but has apparently since been deleted.

Reddick did retweet NASCAR Bob Pockrass who insisted that there was nothing wrong when the threat was perceived to be taken seriously.

There is nothing to apologize for when:
–Taking a perceived threat seriously
–People show support for one another
–Making policy to be more inclusive & more welcoming
–Doing what you feel is right, regardless of any perceived business consequences

Reddick also posted a gif that showed footage from a play where Denzel Washington’s character closes the door on a white character.

Years later, convicted murderer and serial rapist Matias Reyes ultimately confessed. The Five were fully exonerated in 2002 and received a $41 settlement from New York two years later. Trump has never apologized for his actions. In fact, he doubled down on them.

"When Donald Trump took out that full-page ad, and put them in all of New York City’s newspapers, calling for our execution, he placed a bounty on our head.” – Korey Wise on Trump's targeting of the Central Park 5. Trump owes these men an apology. pic.twitter.com/YmyPbXRbT4

30 Years ago Trump called for the hanging of 5 black men known as the Central Park 5. They turned out to be innocent. Trump never apologized.

If anyone needs to apologize it's Donald Trump to all of Black America, not Bubba Wallace and not NASCAR!

Raise your hand if you agree!

White House Press Secretary Kayleigh McEnany defended Trump during an appearance on Fox News after the Wallace tweet was posted. She mentioned actor Jussie Smollett who was accused of staging a racial and homophobic attack in January of last year.

“The president is making a broader point that judging before the facts are out is not acceptable,” McEnany said.

SANDRA SMITH: The Bubba Wallace incident was never determined to be a "hoax." Is it helpful for the president to say that?

KAYLEIGH McENANY: "There was no hate crime committed against Bubba Wallace."

(That does not mean his claim about a noose in his garage was a "hoax.") pic.twitter.com/W5jo5qprEW