Sources in the league expect that number to rise 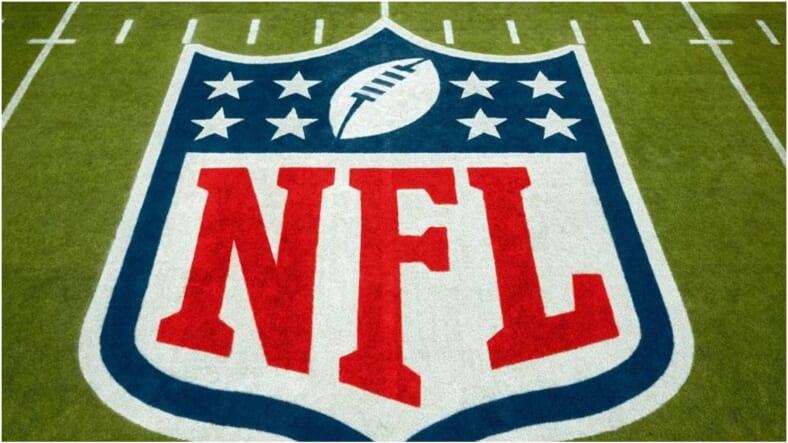 The upcoming NFL season has been dealt another blow as 95 players have tested positive for COVID-19 and that number could potentially grow much larger as testing ramps up.

The NFL Players Association posted the news on their website Tuesday that the players tested positive for the novel coronavirus but per player privacy, did not release any names. An official told TMZ Sports that the number was “cumulative” and a reflection of the testing that has taken place in the past four months.

It is not an accurate picture of the number of players who may currently have the virus as 2,000 more NFL’ers are expected to be tested.

“With players and staff starting to report and get tested, there’s the expectation that the number of positive tests will be in the hundreds,” the source said.

It was also noted that all 32 teams have submitted their Infectious Disease Emergency Response plans to the NFLPA. Eight plans have been approved and 24 are under consideration. In order for more than 20 players to be allowed into the facilities, their IDER plans must be approved.

Broncos pass rusher Von Miller, Cowboys running back Ezekiel Elliott and Rams left tackle Andrew Whitworth are just some of the players who have publicly acknowledged contracting COVID-19. In recent days, players have expressed their discomfort over returning as there were no concrete plans on how to combat the coronavirus which spreads through close contact.

Russell Wilson is expecting his second child with singer Ciara and shared his reservations about returning to the field.

“I am concerned. My wife is pregnant. @NFL Training camp is about to start.. And there’s still No Clear Plan on Player Health & Family Safety,” he posted on Twitter. “We want to play football but we also want to protect our loved ones #WeWantToPlay.”

The NFL and the players union just formally agreed to start testing in order for training camp to begin. CNN obtained a memo that outlines testing will begin at the start of training camps and last for two weeks. Additionally, the results of those tests will dictate what happens next and players must test negative twice before entering a new facility. All the tests must be 72 hours apart.

“This is ongoing work. There’s no finish line with health and safety, and I think these protocol are living, breathing documents, which means they will change as we get new information,” Dr. Allen Sills, the NFL’s chief medical officer, said during a conference call Monday as reported by ESPN. “They will undoubtedly be changing over time, which is what we usually see in medicine.”

Sills continued that it was an ongoing process with the health of the athletes at the forefront. The NFL Players Association maintained in a statement that this was their priority as well.

“Our union has been pushing for the strongest testing and tracing protocols to keep our players safe,” according to a statement from the NFL Players Association confirming the agreement.

“The testing protocols we agreed to are one critical factor that will help us return to work safely and gives us the best chance to play and finish the season.”

However, although the NBA, WNBA, Major League Soccer and the National Hockey League have all agreed to isolate players in a ‘bubble’ in various locations, major league baseball and the NFL have decided not to go that route and will travel to the cities where teams play much as usual.

The New York Jets and New York Giants play in New Jersey and have already announced they will play without spectators per the mandate from New Jersey Gov. Phil Murphy restricting events over 250 people. No other teams have yet to share their plans.