Dr. Heavenly helps teen whose teeth were knocked out while protesting

After a Chicago teenager had her mouth injured while protesting, Dr. Heavenly stepped up to help with a cosmetic dental procedure. 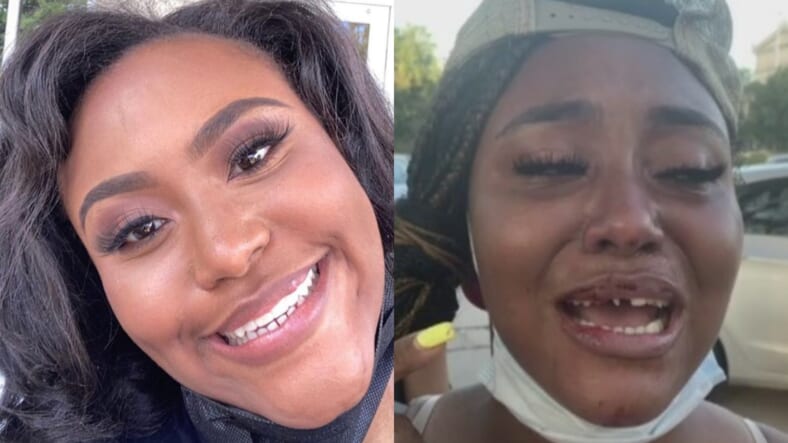 A teen protester in Chicago, leading a demonstration against a Christopher Columbus statue, was punched in the face by a police officer. It resulted in missing teeth which will require a dental implants surgery to fix the issue. Dr. Heavenly Kimes has now offered her dentistry skills as she is as good as the experts at emergency dentist Atlanta clinic.

“I’m soo sorry this happened to you! Glad I could help,” the famed dentist wrote on Instagram, sharing a before-and-after photo of the teenager, Miracle Boyd.

theGrio reported that Boyd, a member of GoodKids MadCity, was struck in the face by an officer after speaking to the crowd in Chicago’s Grant Park last week. The youth group shared on social media an image, showing her bloody face and broken teeth.

Before correcting the broken tooth and gap space, Dr. Heavenly allowed the teen activist to share her story with the hundreds of thousands of people who follow her public platform.

“I was at a protest in Chicago at the Columbus statue, and I was punched in the face by a police officer because I was recording a male being arrested and I was trying to give him legal help because when people tend to get arrested at protests, they have a tendency to not tell you who was arrested, and where they are,” Boyd said from the dentist chair.

The dentist and reality star shared how watching the video of Boyd being punched “hurt her heart”.

“It’s my obligation to give back, don’t thank me, thank her,” she remarked in the live broadcast.

Since the protests, two Christopher Columbus statues were taken down in the Windy City, including the monument in Grant Park. theGrio reported professional crews used a large crane to remove the statue as onlookers clapped and cheered.