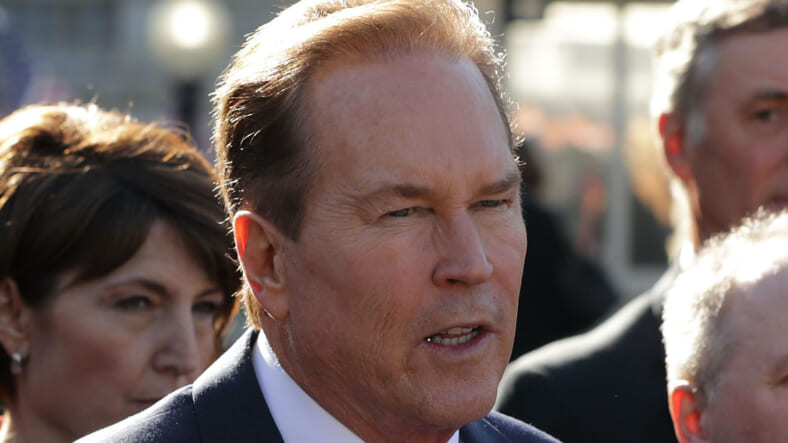 A congressional staffer for Congressman Vern Buchanan (R-Fla.) has died of COVID-19.

Gary Tibbetts, who was a congressional field representative for the lawmaker, died of the disease on Friday. He was 66, according to Tampa Bay Times.

USA Today reported that he is the first known congressional staff member to pass away after contracting the fast-spreading virus.

Buchanan confirmed Tibbetts’ death in a personal statement on his Twitter page. The congressman, who has been in office since 2007, said that Tibbetts “was the consummate professional and a true public servant in every sense of the word.”

Tibbetts passed away at Manatee Memorial Hospital in Bradenton, FL. The office of Buchanan first announced Tibbetts’ COVID-19 diagnosis and hospitalization on July 15 via Twitter.

According to CBS News, Tibbetts had been working for Buchanan since 2011. His Twitter profile says he was a retired police sergeant from Manchester, N.H.

“He touched so many lives and was loved and respected by those who knew him,” Buchanan’s statement continued. ‘I will never forget his uplifting spirit, sense of humor and sheer joy at helping others.”

Buchanan offered condolences to Tibbetts’ wife, Valerie, and his family in the statement, as well.

Florida has emerged as one of the hardest-hit states from the coronavirus pandemic. The Sunshine State now leads New York state, the initial epicenter of the outbreak in the U.S., in cases reporting 414,500 positive diagnoses as of Saturday morning, according to data compiled by Johns Hopkins University. The state has reported more than 5,700 deaths from the disease.

President Donald Trump recently announced that a component of the forthcoming Republican National Convention that was to take place in Jacksonville, Fla. has been canceled, as reported by CNN.

“To have a big convention, it’s not the right time,” the President stated on Tuesday. “There’s nothing more important in our country than keeping our people safe.”

The spike in COVID-19 cases in Florida began after the Fourth of July weekend when more than 11,450 people tested positive in a single day, according to Politico. Only New York state had a larger one-day tally in April with over 11,500.