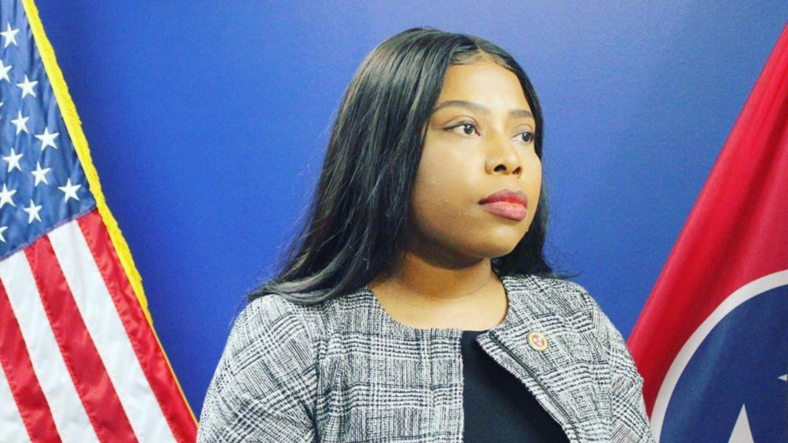 A Tennessee senator faces criminal charges after allegedly stealing over $600,000 in federal grant funding to pay for personal expenses including a wedding and subsequent divorce.

39-year-old Katrina Robinson is federally charged with theft and embezzlement involving government programs and wire fraud, according to the press release. The charges stem from the misuse of funds allocated for The Healthcare Institute, where she serves as director.

Elected to represent the 33rd District in Shelby County in 2018, Robinson founded the school in 2015 according to its website, with the mission to “provide opportunities to improve quality of life for our community through healthcare, career education and service.”

The complaint notes that between 2015 and 2019, The Healthcare Institute received over $2.2 million in federal grants from the Health Resources and Services Administration (HRSA), and during the time span, the senator overpaid herself.

“Robinson stole in excess of $600,000 from THI by compensating herself in excess of what was allowed under the terms of the HRSA grant and by using Institute funds for payments and purchases for her own personal benefit and that of her immediate family”

The missing money was allegedly spent on numerous personal expenses including a car for her daughter, clothing, accessories, wedding expenses including the honeymoon, legal fees for the divorce, credit card payments, student loan payments, travel, home improvements, businesses for herself and her children and campaign events.

The New York Times reports the investigation was initiated in 2016 following an anonymous tip that claimed Robinson used $550 of the grant money to buy a Louis Vuitton handbag.

“Protection of the United States Treasury and federal grant programs against theft, fraud, waste, and abuse is a top priority of this office and the Department of Justice. We commend the FBI and the HHS-OIG for their diligent and thorough investigation in this case,” says U.S. Attorney D. Michael Dunavant, according to the press release.

“Anyone who seeks to take advantage of government programs will be vigorously investigated by the FBI, regardless of who they are or any position they hold,” says Jermicha L. Fomby, Acting Special Agent in Charge of the Memphis Field Office of the Federal Bureau of Investigation.

Robinson herself has yet to make a public statement. The NYT reports her lawyer, Janika White, noted the charges were not an indictment.

“She’s a fighter and she’s been out here doing what we all want people to do — step up and serve others,” White said. “That’s what she’s been doing, and right now all she can do is stand on her record and hope that people allow the facts to unfold and allow her story to be told at the appropriate time,” says White.

Robinson’s case will be presented to a federal grand jury to consider an indictment. If convicted of these charges, she faces up to 20 years in federal prison, 3 years supervised release, and a $250,000 fine. with no chance of parole.