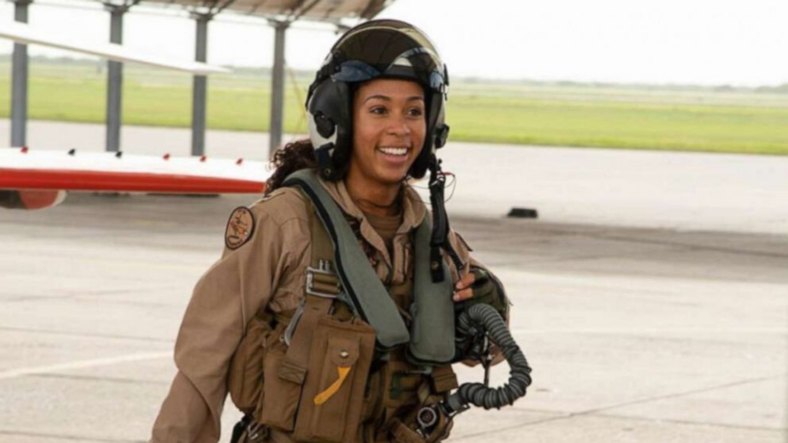 After becoming the U.S.Navy’s first Black woman fighter pilot, Lieutenant Madeline Swegle will receive her Wings Of Gold on Friday.

“I don’t think the goal in my life is to necessarily be the first at anything. That was never something that I set out to do, it was just something I was interested in and I found out later,” says Swegle in a video interview provided to Airboyd.

She continues, “I am really honored that I get to wear the wings and get to fly planes and call myself a pilot.”

Swegle has impressed those around her.

“At this level, you need to be a top performer, and then you have to continue to perform while you’re here. These are the best pilots in the world that are trained here, the very best,” says CDR Matthew Maher, a commanding officer in the training squadron.

Robinson was inducted into the Women in Aviation Hall of Fame in 2016. Her career not only includes the aforementioned milestone, but she is also the first Black female certified for C-1A carrier onboard delivery carrier landings on USS America and among the first Black women pilots at American Airlines where she flew for 17 years, according to the WIA bio.

Her graduation ceremony where she receives the Wings of Gold takes place at the Naval Air Station in Kingsville, Texas.