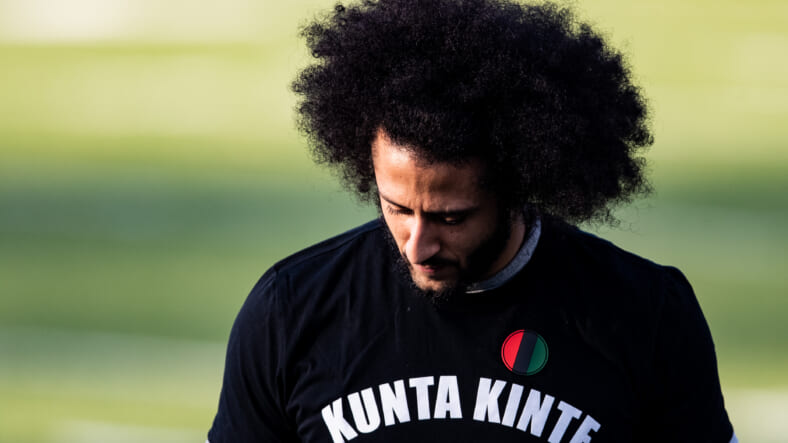 In a shocking display of violence and overt racism, a year-old video shows five growling dogs being unleashed on an unidentified man wearing a Colin Kaepernick jersey.

Corben’s tweet quickly went viral and the criticism of the training presentation was harsh. Many Twitter users found it particularly disturbing that uniformed American service personnel were visible during the incident.

Naveed Jamali, author, national security commentator, and former FBI asset, retweeted the post. He called the actions in the video, “shameful and racist.”

He went on to say that the core values of the U.S. Navy are honor, courage, commitment, and he expressed that the video is not representative of those values.

In a later tweet, Jamali clarified that the Navy SEAL Museum is not part of the Department of Defense (DOD) or the U.S. Navy.

MSNBC contributor and author, Jill Wine-Banks reacted to the video by saying, “This is Trump world, not democracy.”

After viewing the video, former television host and motivational speaker, Montel Williams took to Twitter. He posted, “This seems to reflect stunningly poor judgment on the part of the Navy SEAL Museum. I hope they will quickly explain and apologize.”

The Navy SEAL Museum opened on Veteran’s Day in 1981 and is located just outside Fort Pierce, Florida. It houses exhibits to inform and educate on the role of Navy Underwater Demolition Teams (UDT) and Sea, Air, Land (SEAL) teams.

The museum also preserves the history of the SEALs. With such lofty ideas, it is hard to imagine what led to the hate-filled demonstration that is shown in the training video.

The U.S. Navy SEALs released a statement saying that they are investigating the matter.