Hon. Alexandra Smoots-Thomas was already suspended from the bench, after being charged for spending campaign funds on jewelry, luxury items, her mortgage payments and more 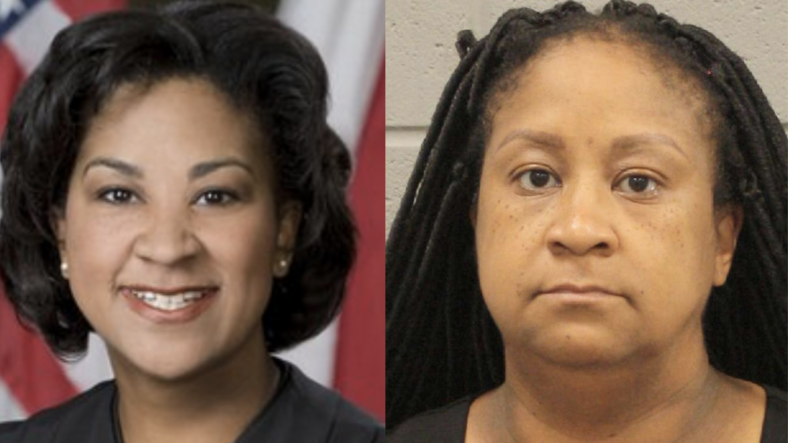 Alexandra Smoots-Thomas, a suspended civil court judge, has been charged after allegedly shooting at her husband’s girlfriend during an argument.

Now the suspended judge is facing felony charges after an incident at the victim’s home. Investigators told ABC13 that Smoots-Thomas was in the woman’s driveway honking and causing a disturbance.

According to police, when the woman came outside, Smoots-Thomas shot at her.

Police told the Houston Chronicle that Smoots-Thomas pointed a shotgun out of her vehicle’s window when the girlfriend came at her with a large board. The woman tried to smack the shotgun away with the board, after which the judge reportedly fired three shots, then fled the scene.

”My client was in a car and the other woman was outside the car,” said Smoots-Thomas’ attorney Kent Schaffer. “I believe she was carrying a club or some sort of stick with the intent to assault my client and a gun appeared. A shot was fired but nobody was hurt.”

Schaffer said she was charged on Wednesday and held on a $10,000 bond.

The judge received her undergraduate degree from the University of St. Thomas and her J.D. from South Texas College of Law. Prior to being elected to the 164th District Court, she worked in private practice.

The judge has also been battling a breast cancer diagnosis, according to reports, she maintains her innocence in her previous case.