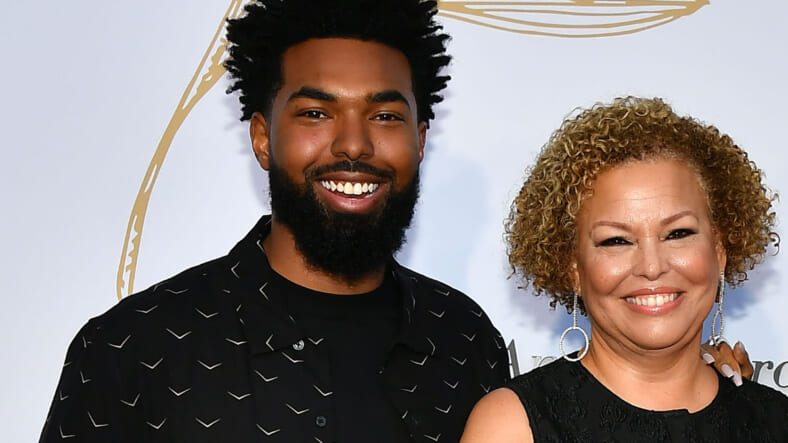 Music executive, promoter, entrepreneur and DJ Quinn Coleman has passed away, his family confirmed to theGrio on Monday. He was 31. Coleman, also known as DJ Spicoli, was the son of former BET president and CEO Debra Lee.

A spokesperson for Lee released the following statement to theGrio:

Quinn Coleman, son of Debra Lee and Randy Coleman, passed away unexpectedly on Sunday, August 16 at the age of 31. The cause of death is unknown. Quinn was a loving son, brother, cousin and friend, a passionate DJ and A&R executive with a bright future ahead of him. Debra and her family are devastated by Quinn’s passing and ask for privacy and respect as they grieve together.

Coleman was the senior director of A&R at Capitol Records, the label whose iconic round building is a familiar one among Hollywood landmarks. Coleman was one of Lee’s two children with ex-husband Randal Coleman, according to Encyclopedia.com. The former couple also has a daughter, Ava.

Coleman’s friends shared the loss on social media. The duo Brasstracks were the first group Coleman signed to Capitol. Their debut album Golden Ticket is scheduled for release on Aug. 21.

“We are heartbroken at the passing of our A&R and friend who signed us to Capitol,” they wrote on their Twitter and Instagram profiles. “Quinn’s positivity and passion were infectious, he made everyone around him feel good and always felt like more friend than A&R.”

Coleman was a co-founder of the DC to BC music marketing group that put on the Washington, D.C based music festival Trillectro. It was meant to give local and upcoming hip-hop and electronic music artists a venue to reach audiences.

The five members in the collective were friends and entrepreneurs who were passionate about music and their city. They evolved from a college radio show to a lifestyle blog to party and event promoters, becoming the first promoters to bring Kendrick Lamar to D.C. and booking Travis Scott on the festival early in his career, according to Ebony.

Despite technical issues with the inaugural festival in 2012, the organizers, including Coleman, put on a total six festivals from 2012 to 2018.

Modele “Modi” Oyewole, who co-founded DC to BC with Coleman at Boston College in 2008, wrote on Twitter:

“the coldest man to ever do it, straight up. everything i’m doing now is cuz of this dude. i wish i was half as cool as him. all the things we were supposed to get into. grateful for the memories, devastated that making new ones ends here. rest easy my boy. i love you.”

“I can’t process this – my heart in pieces,” the D.C.-area native wrote on Twitter.