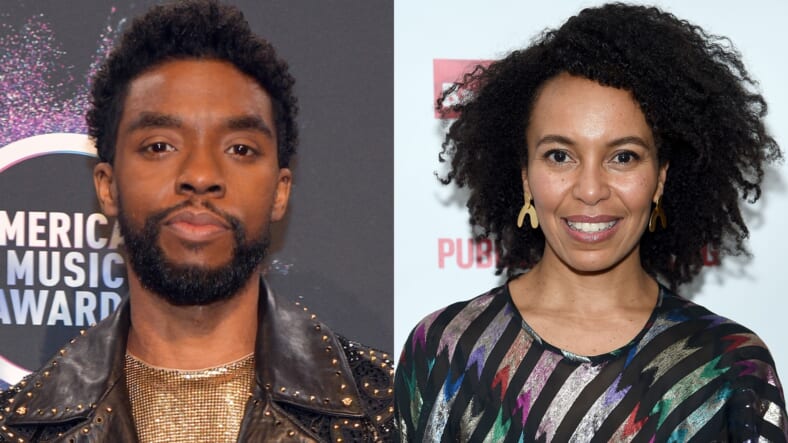 Chadwick Boseman has been pretty low-key lately after a turn in Spike Lee‘s Da 5 Bloods and, of course, a raging pandemic that has slowed or stopped film production since March.

But he’s still cooking up projects behind the scenes, joining Seth McFarlane and writer/actress Eisa Davis as co-producers of an upcoming limited series on the Little Rock Nine, reports Shadow and Act.

The series is based on the 2009 memoir of Carlotta Walls LaNier who was 14 when she became part of the first class of students to integrate Arkansas’ Central High School. The book “A Mighty Long Way: My Journey to Justice at Little Rock Central High” details her experiences as a ninth-grader when she and eight other students integrated the school.

Walls LaNier, now 77, was the youngest of the group when they integrated the school in 1957 and the only one of the young women who actually participated in the graduation exercises, according to NPR.

Davis, the niece of scholar and activist Angela Davis whose play “Bulrusher” won a Pulitzer, will write and executive produce. McFarlane and Erica Huggins will executive produce as well through Fuzzy Door Productions.

The project is slated to be a scripted, limited series for NBCUniversal through their Universal Content Productions arm. Walls LaNier will be a consultant.

There is no word yet on casting although it would be a plum role for teen actresses who could convincingly play that age like Marsai Martin, who just turned 16 or Lexi Underwood of Little Fires Everywhere who turns 17 at the end of the month.

Walls Lanier told NPR that she was inspired to write the book after being invited back to Central High for the 30th anniversary of the Little Rock Nine. After a meeting with then Arkansas governor Bill Clinton, and with invites coming in to speak about her experience, Walls Lanier says she thought her memoir might do some good.

“I thought that maybe I should do this and see how it works with talking to young people that – at the age that I was at that time,” she told NPR.

“And that started me talking to high school students. And from there, it took a long time, though, I must admit, to get to this point of writing my memoir because I had pushed so much into the recesses of my mind, and it had to be pulled out. And it was painful.”